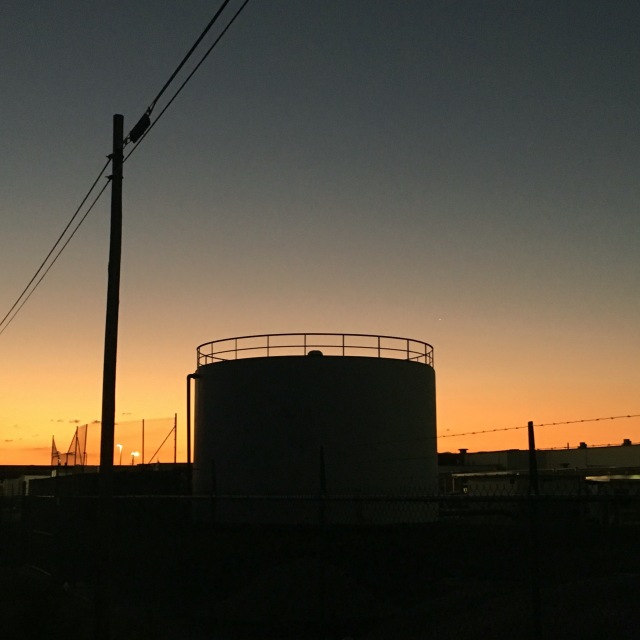 I awoke early to a man opening up a fence to a construction company I slept near. I broke camp headed back towards the road. My feet were sore. I couldnt walk on the pavement so I put my sandals back one. Once I met back up with the 90 I took off my sandals and decided to walk the first few miles.

I ate bananas for breakfast. They were really good. Sang gave me an excellent deal on organic bananas, which are usually a bit pricier. After breakfast I did a few stretches and felt more comfortable on my feet. I started running.

I put in a few miles until I reached a Rowe’s super market and decided to go shopping. I needed some basics. I picked up some cucumbers and carrots to snack on while running. High in water content they work with digestion and not against. I also picked up some raisins. I estimated that I needed to consume atleast 100 calories an hour to maintain my pace while running. Raisins are light weight, dense in calories, and tasty too. I picked up a gallon of water and a roll of mountain money, both of which I had given away to my friends in the park. After loading up my cart, I did some calisthenics and hit the road.

I covered a number of miles and stopped to “go”. There wasnt too many places to choose from so I “went” (number 1) behind a dumpster behind a dollar store. Coming back around, a man was standing and watching me. I apologized for what I did but explained to him it was an emergency, haha. He didn’t seem to mind. His name was Morgan and asked me if I was homeless. I told him I was on pilgrimage, and he asked me if I needed anything. I had plenty of food, so I told him I was all set. He explained to me that it was cold outside, and I then told him I could use a hat and gloves for nightime (things I gave way in the park the day before).

Morgan brought me into the store and bought me sweatpants, gloves, a loaf of honey wheat bread, and peanut butter. Wow! After checkout he gave me all the cash from the bill he broke. I thanked him so much and then we parted ways.

Further up the road I stopped at a gas station to take a sink-shower and change into some clean clothes. I ate some more bananas and took off down the road.

It felt good running. I set some rules down: walk all hills, and walk all construction sites. The next stretch had a few miles of construction going on, so my cardio had a nice mid-day break. At 1:30 I stopped at a park along the 90 to “go” (should I even mention this anymore?). I drank more water and took a 15 min sun bath. I had been keeping up with my calorie intake and decided to put off lunch until I reached Baldwin, a few more miles west. 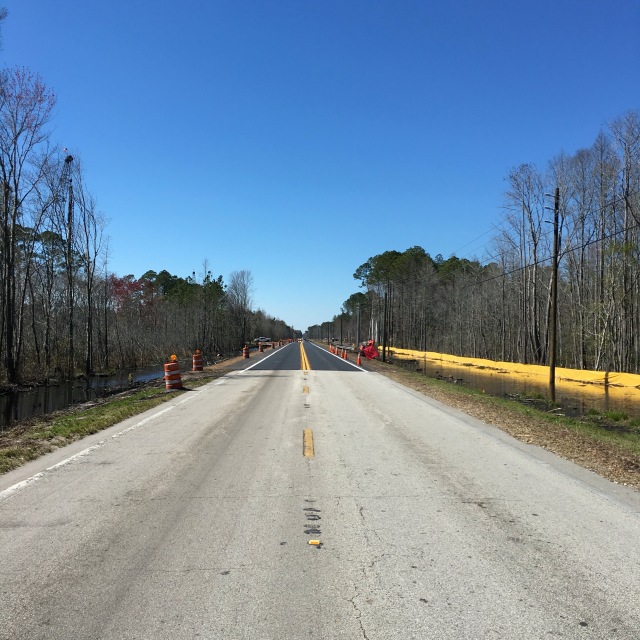 I arrived in Baldwin at 3pm. I went to a convenience store and broke a dollar bill to fill the tires of my jogging cart up with air. I hung out on the lawn and made my new favorite meal: peanut butter banana sandwich on honey wheat bread. I even threw some raisins in there. Calories. I charged my phone at an outlet and then made an executive decision.

Baldwin was a nice town, but for some reason, it didn’t feel right for me to stay there over night. Maccleany was 9 miles away. Sundown was at 6:25pm, it was currently 4:25pm. That would leave me just two hours to cover 9 miles. I talked myself into it. 9 miles equals three 5k’s, at a half hour each I could make it in time. This doesnt sound like much, but I had already been on my feet since sunrise. I set off running, it was a risk.

The farmland between Baldwin and Maccleanny was beautiful! I wished I snapped photos but I was on a time crunch. I kept picking spots a mile or so up the road to run to: mini goals. I kept tricking myself to go further before breaking, something must runners can relate to. One thing for sure, I did not want to be on the 90 come sundown. This is another MAJOR rule I have set for myself: no running on roads at night or early in the morning before the sun rises. 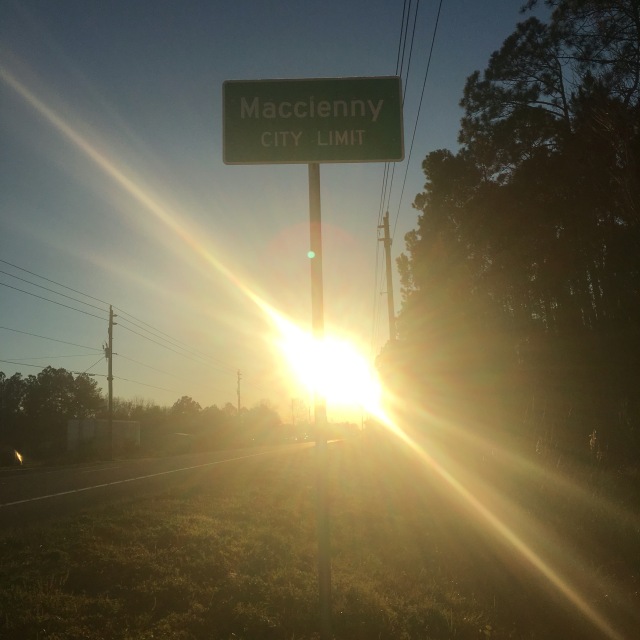 Despite fatigue, dehydration after my massive PB&Banana sandwhich, and struggling to do math along the way (runners should never do math haha), I arrived at Maccleanny city limits at 5:55pm. Right on target. By 6:05pm I was on sidewalk within town and was able to watch the sunset. I covered 25 miles, my daily goal for this journey.

Without knowing where I was going to sleep, I headed for St. Mary’s, the only Catholic Church between Jacksonville and Lake City, a 60 mile stretch.

I walked into the church as the parishioners were praying the Stations of the Cross. I joined them in prayer.