Day 6
I woke up early swinging in my hammock along the banks of Ocean Pond. A fog enveloped the campground. Spanish moss hung from trees. A warmth penetrated the mist. I slept very well. 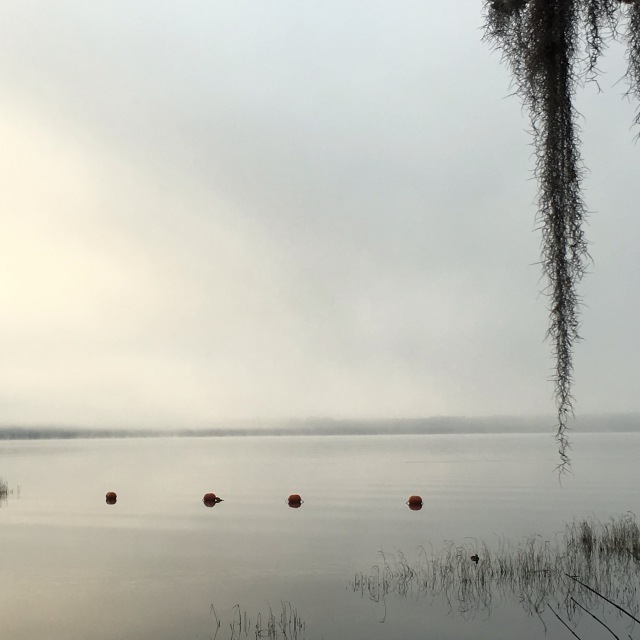 I decided to take the morning off and put in a half day later later in the afternoon. It was only about 15 miles to Lake City from Ocean Pond Campground. I took a hot shower and did laundry. Wow!
A man named Greg gave me some sunscreen. We talked about how nice Ocean Pond was. He called it, “a seniors paradise”, much different than my experience the night before at Hogs Landing.

Greg in his truck

I enjoyed be among friendly people. Closer to noon, I headed back to Hogs Head to see if my food was still there. Long story short it wasn’t. I would have liked to have said that the trash men picked it up but the compartment on the left of the double container still had yesterday’s trash in it. Go figure. 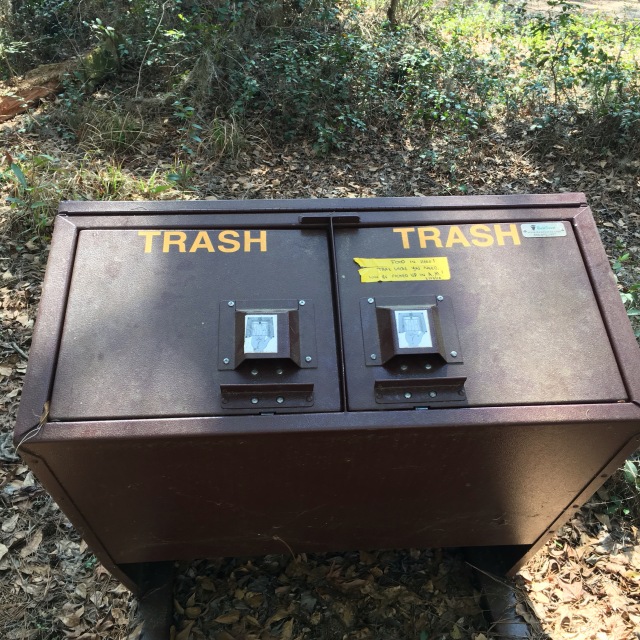 In a calorie deficit I kept up a slow pace. I even made a sign, “Need Food.” Why? Because I did and I had no problem asking for it. 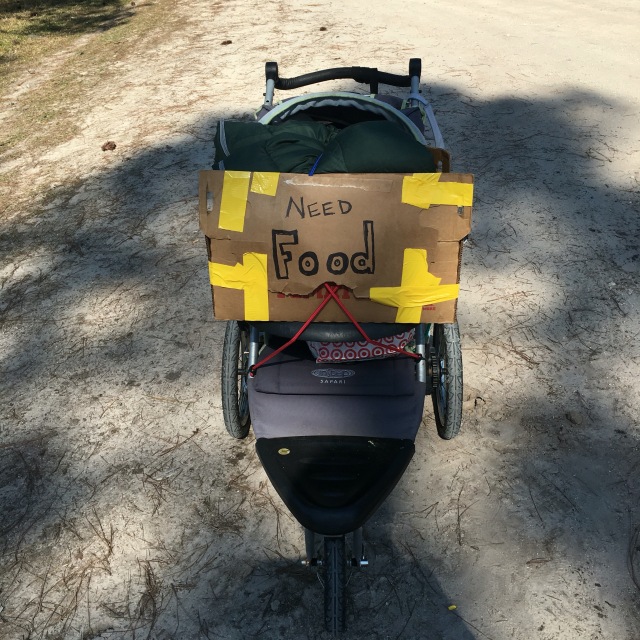 Despite the slow pace and fatigue, I was very well hydrated and it felt good to be back on the 90. Progress.

Time seemed to slow to a crawl and the miles became grueling. I kept chipping away. It was a long and tiresome day. Just before sundown I rolled into Lake City.
I ate a weird dinner at a truck stop: two bananas, an oatmeal bar, and a large fry. Dessert was even more weirder: pringles, vanilla cookies, and banana bread. I needed calories. I was too tired to make it to the grocer to stock up on fruits and veggies. I settled for runner-junkie food.
I hung out and charged my phone. I caught up with some friends which was really nice, it took my mind off the road.
A man at Hardee’s told me I looked like I was from California. I told him I was headed that way. He asked if I had eaten and gave me $5. We talked about life on the road and safety. I looked in the mirror in the bathroom for the first time in what seemed like weeks. My skin is just a few shades darker, my hair a few shades lighter, and my face a bit more scruffier.
Once my phone was fully charged, and feeling remarkably energized from dinner, I left Hardee’s. After the dark of night set in it was relatively easy to find a place to camp. I even set up my hammock for some urban camping. I fell asleep shortly after 10pm. Covered about 18 miles in total.