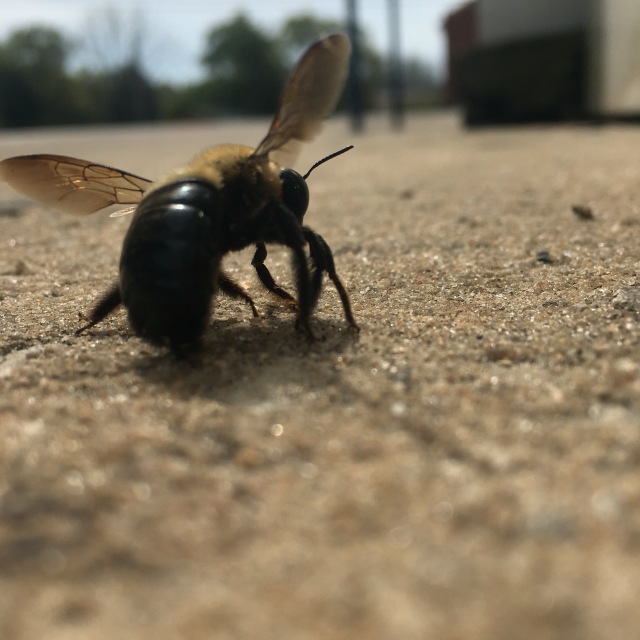 I slept in, something I usually don’t do during the week or out on the road. I packed up the buggy and left the First Baptist Church around 10:30a.m. 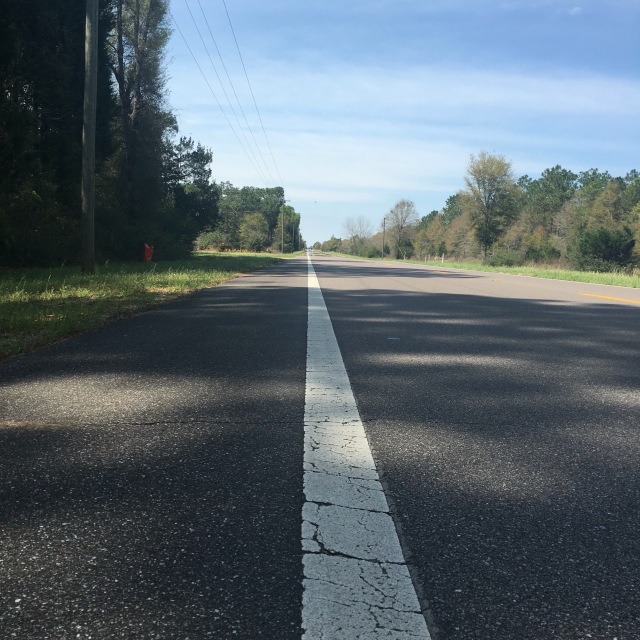 I headed across the street to a food mart and bought some groceries. I jumped on the 90, keeping my pace slow. I took some pictures and kept my pace slow.

Shortly after noon, I met Russ. He was biking east and we exchanged hellos. I offered him one of the waters that Heather had given me and he accepted! Russ was on his way back to Crestview where he is from. He’s had a rough couple of days, and just lost his job at the carwash. He was so thankful for the water I gave him. I offered him some some little Debbie oatmeal cream pies and he accepted! He told me it was just what he needed to get to town. It was a special moment. We parted ways.

I passed in to Santa Rosa County and kept chipping away at the miles.

I met up with a cobble stone road that runs parallel to the 90. It was built in 1921. Heather had mentioned this road to me the day prior. It felt really good to not have to deal with any cars. I slowed my pace and relaxed.

I had been contemplating the road to Pensacola. The 90 west cuts through Milton and runs just north of Pensacola. I had originally planned to head south along the Gulf after leaving Tallahassee. When I found out Ernie was heading east on the 90 in Florida, I changed plans.

A few people have told me of a memorial on Santa Rosa Island where the first Mass was celebrated in the New World upon the Spanish arrival. On the east side of Milton town, just a few miles from Pensacola, I decided to take 87 south to check it out. It was a long cut and would cost me a few days.

As the sun set, I had trouble finding somewhere to sleep. The campground off I-10 would not allow me to hammock camp for some strange reason. I checked out the church in town but something didn’t feel right about it. I saw a sign for RV hookups on private property called the owner and received permission to camp on his property. However, when I went to set up my hammock, there was someones personal belongings in the woods. It looked like a homeless camp. I decided to head south on 87.
Just as it got dark, the sidewalk ended. I stealth camped in the woods just off the 87.
I fell asleep to airplanes taking off near Santa Rosa Naval Outlying Field. I awoke in the middle of the night to a deer in my camp!