Day 43
I awoke and broke camp. I watched the comings and goings of the neighborhood as I strolled to the 90.
I swung by piggly wiggly and bought some bagels. I hung outside to charge my phone.

I met Dennis, who is from just outside of town. We went inside the store and bought some sandwiches and drinks together. We hung outside and chatted, and then I moseyed down the road.

I chipped away at the miles. Lots of beautiful farmlands outside Loxley, Alabama.

I took a short cut that afternoon, northwards up 181. I cut through a community situated on a golf course. I threw on my headsphones and sunglasses and slowed my pace. It felt good to be on sidewalk. 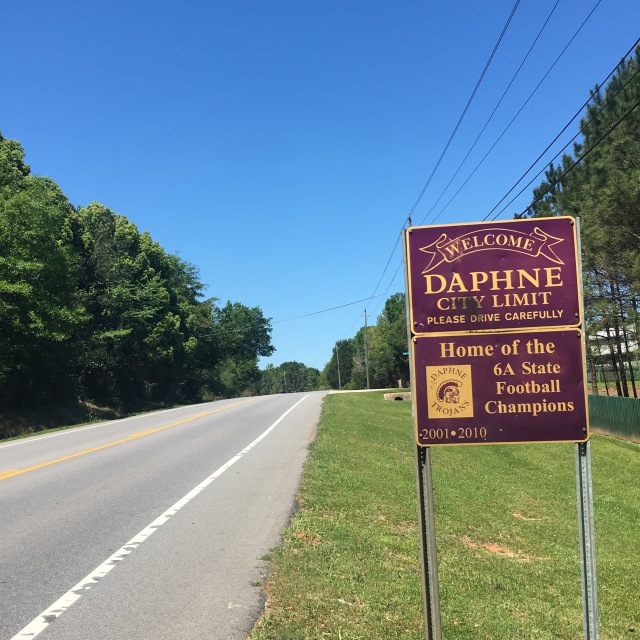 I passed througb Daphne and later that afternoon I arrived in Spanish Fort. I wandered around and snapped some photographs. I headed down towards the causeway and then made a decision.

It was getting late, and on the other side of the causeway was Mobile, AL. I figured it would be better to arrive the next morning opposed to that evening. I had safety in mind.

I doubled back towards Spanish Fort and met Kiela and Mary. They clean the Presbyterian church in town at night. They couldn’t give me permission to camp, but nudged me to try the Methodist church next door. 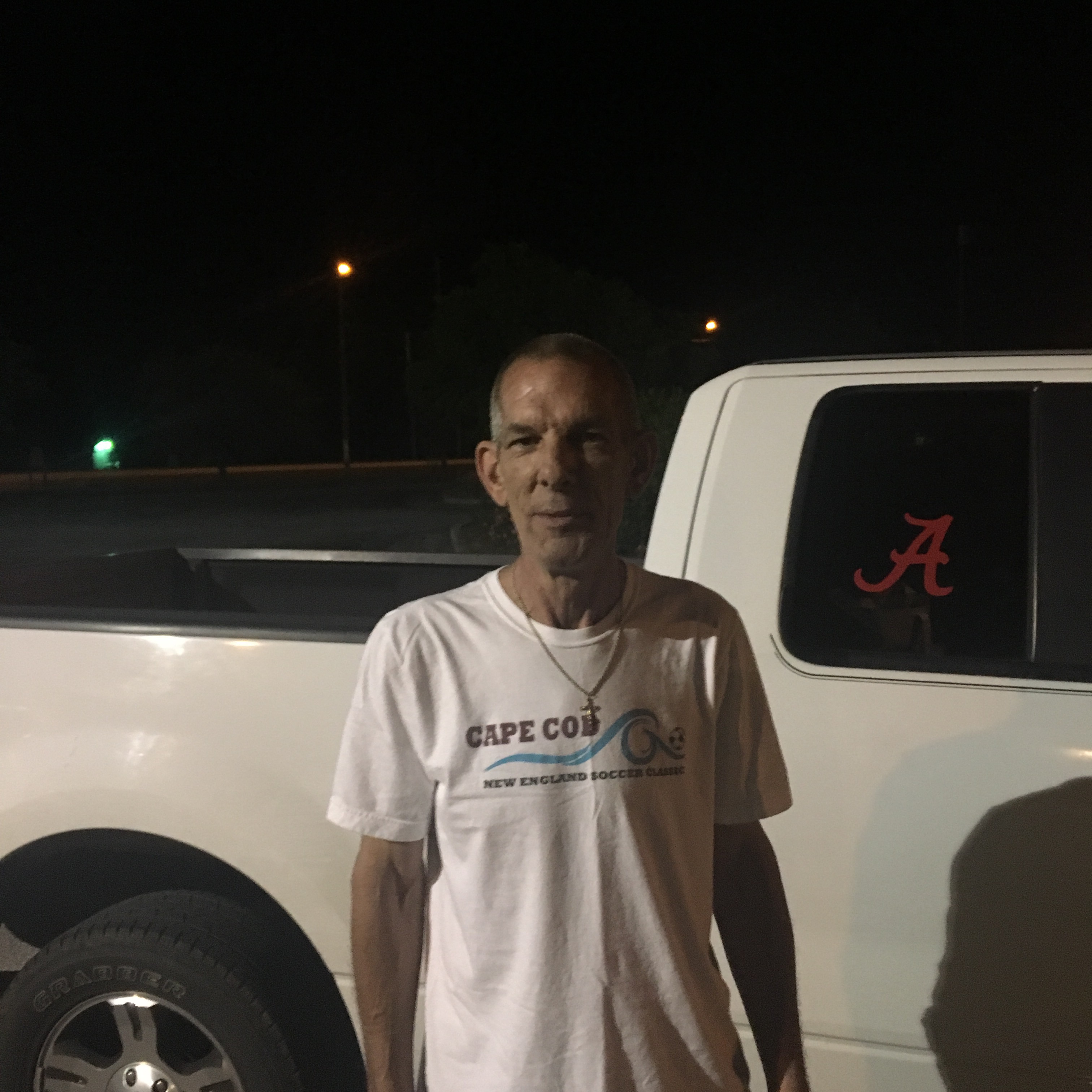 I met Wayne. He was hanging out around the church waiting on a prayer meeting. He offered me some coffee. I accepted.

I also met Cindy, the business manager of the Spanish Fort Methodist Church. She spoke with the Pastor and I received permission to camp. She called the police department to let them know I would be camping. Cindy also gave me two gift cards to Subway! She was camera shy!
Me and Wayne headed over after the prayer meeting. He wouldn’t let me pay! He told me to save the gift cards for another time.
Wayne is from Cape Cod, and has lived in Alabama since the early 90’s. He makes peace cranes like my friend Ora, and even gave me some oragami paper for the road! It was nice sharing a meal.

It was a good day. I hung my hammock between two giant pine trees and fell asleep. I also found a frog!