Day 75
I woke up early and washed up in the rest room in the parish office building. I loaded up the buggy and headed to 190. I stopped by the Cajun restaurant in town to upload journal entries and photographs on their wifi. It wasnt quite open yet, so I sat on the bench outside.
Just then, Bert walked up to me. He asked me if I was travelling. He offered me a meal and a place to take a shower! His friend Sean bought me a cold bottle of water.

Bert is a mechanic and once met a man riding coast to coast on a lawn mower. Bert was able to help him out. Bert, Pastor Chad and his son Hunter really helped me out too. They took me back to the First Baptist Church in town. They are currently building a new facility, 100% debt free. It was really nice, and they gave me access to a hot shower!

Bert talked to the restaurant staff back in town, and they fired up the grills early. They cooked me a meal even though it was 8 am or so. The fries were so good! 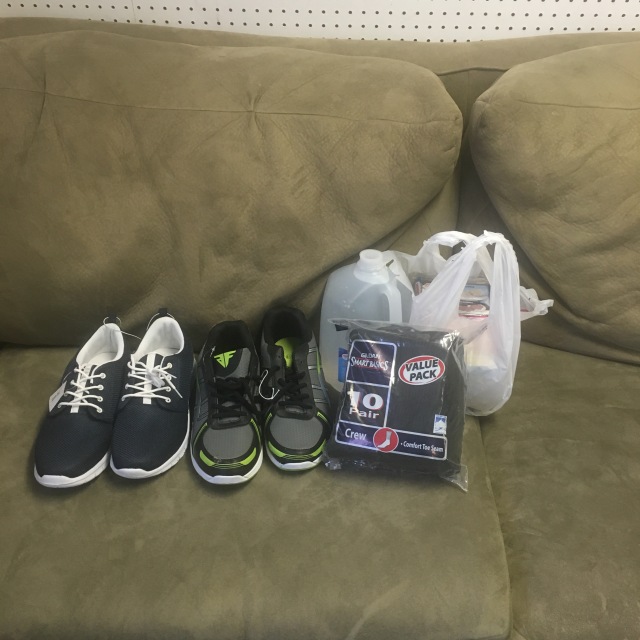 Back at Bert’s auto shop, he gave me so many things! As I was eating he ran to the store. Two pairs of sneakers, brand new socks, boxes of cookies, crackers, and a gallon of water. He kept asking me if I needed anything else, I was so overwhelmed with what he had already given me! I kept trying to thank him, but he told me, “don’t thank me, thank God.” I’ll thank them both.

Me sporting a new hat!

His friend Brandon gave me a trucker hat, bug spray, and some money. He was a really nice man! 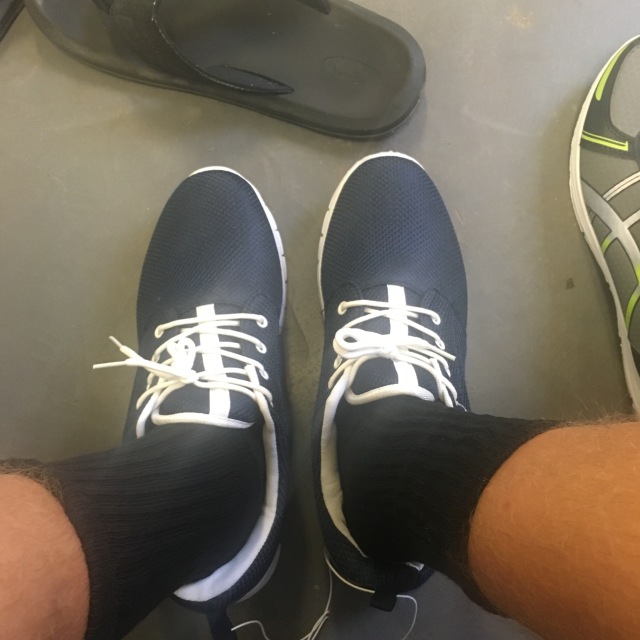 I hit the pavement wearing new sneakers. They are a good pair, very light and super flexible, just the way I like them!

I started putting in the miles. 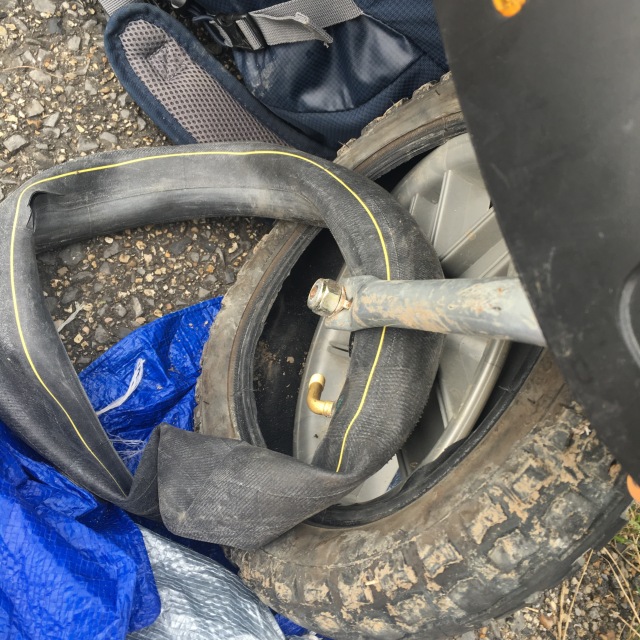 I noticed one of the tires on the buggy was warped. The tire exploded literally right in front of my face! I checked the PSI on the other two. I had the guys at the shop inflate them. The PSI limit is 30, they were far above 50! 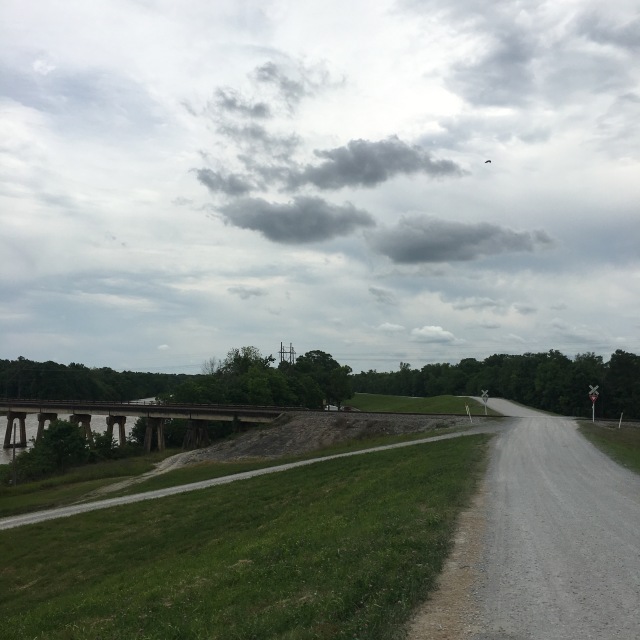 Shortly after noon, I was led down a dirt road. It was Spillway Rd, and it was a great walk. Lots of little shanties along the bayou.

Google told me it would be a shortcut, but after a few miles it turned into private property. Losing time, and gaining mileage, I doubled back to highway 190.

I originally was planning for Arnaudville, but made a decision to head for Opelousas. Opelousas was a little bit closer, and it was now late afternoon. 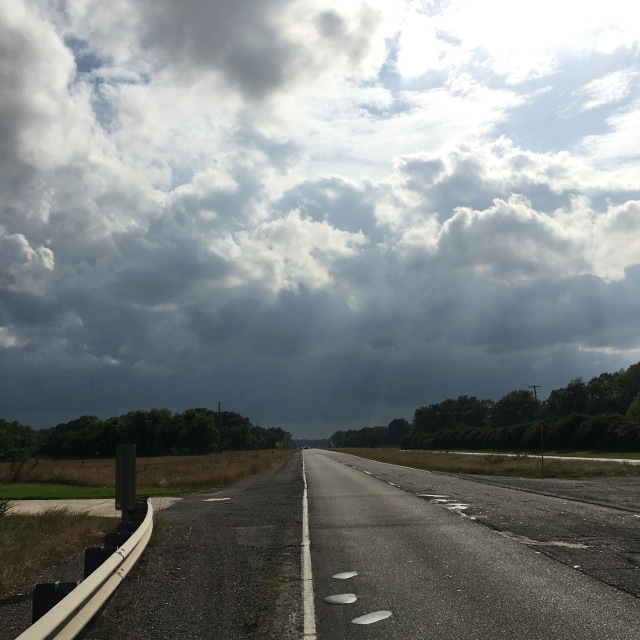 I eased through the miles. It felt good. 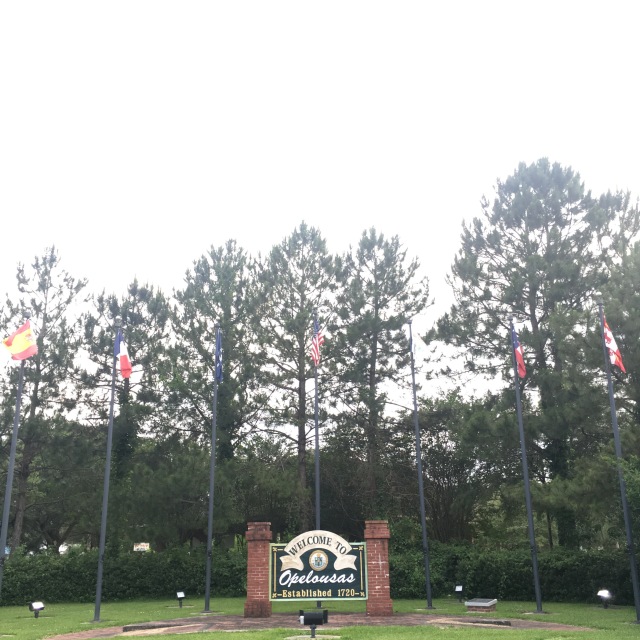 As I arrived in town, a man ran up to me asking for money. He was sort of rambling, and I did my best to listen and try to help him. I offered him other things. I was hesitant, but I gave him all the change I had in the cupholder of the buggy. He hurried away. I hope he found the help he needed. 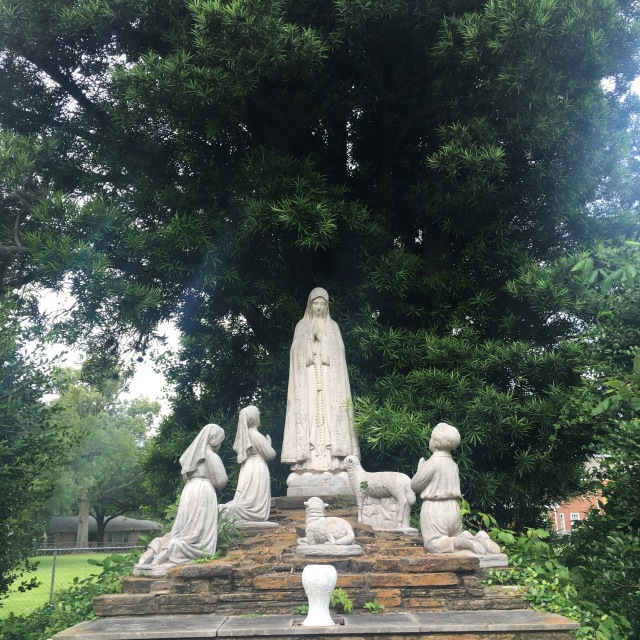 I made it to St. Landrys. I tried knocking on the rectory door to speak with the priest, but couldn’t seem to find anyone. I was getting worried. Opelousas seemed to be one of the rougher towns I have found myself in. Then something amazing happened.
I pulled out my phone and happened to check Facebook. Fr. Jayson from St. Anthony’s in Krotz Springs had friended me. I accepted his request. He had posted a status about me, and lots of people were commenting on it. I posted I had arrived at St. Landrys, and was looking for a safe place to stay. 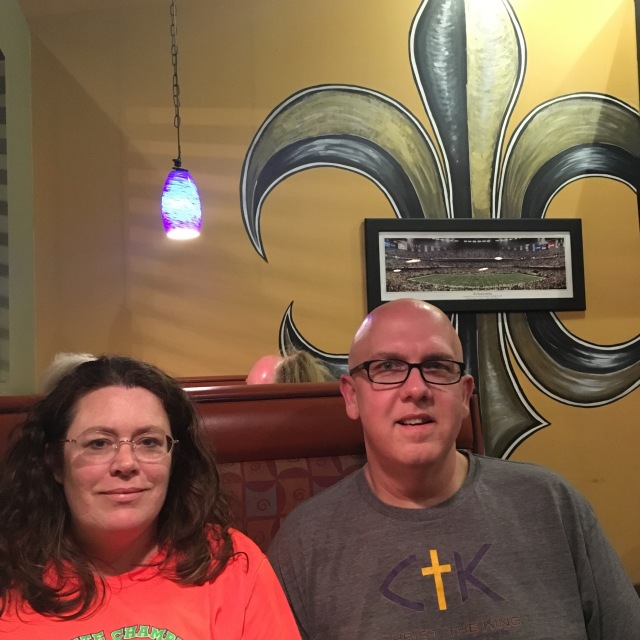 Paula picked me up! She took me out to dinner at Sombreros, a mexican restaurant in town. She is actually Fr. Jayson’s cousin! Deacon Dwayne met up with us and after dinner, we transferred the buggy and its contents into his jeep (actual Jeep haha). He dropped me off at a motel and paid for the room for the night!

Lots of people were commenting on Fr. Jayson’s post, and many offered me help along the way to Lafayatte. It was an outpouring of mercy, and for that I was thankful.