I awoke early to a car door slamming shut. It was 4 a.m.

Officer Tim Reeves came around the corner. He told me the sergeant came by to check on me around midnight but wondered where I went. I told him I moved so I wouldn’t bother the neighbors. Officer Tim told me some lady came by last night and left me dinner and a note. I went around to check it out. 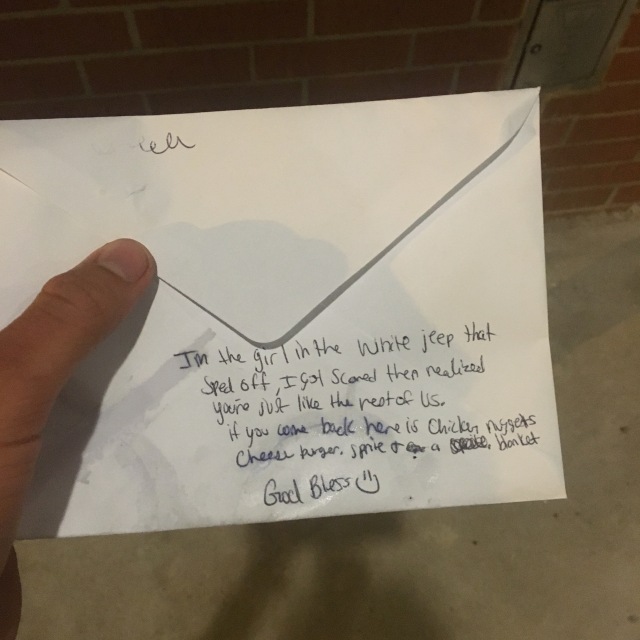 It was the lady in the jeep! She had left me a really kind note, a blanket, and Mcdonald’s for dinner. 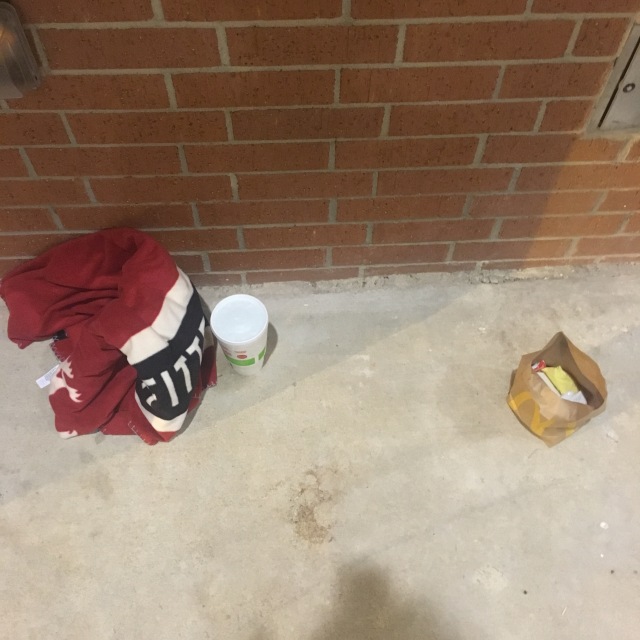 It was the best breakfast!

I broke camp and headed over to the public library to use wifi. At most library’s you can sit outside and use wifi even if they are closed.

Shortly before 8, I headed back to St. Henry’s for Mass. 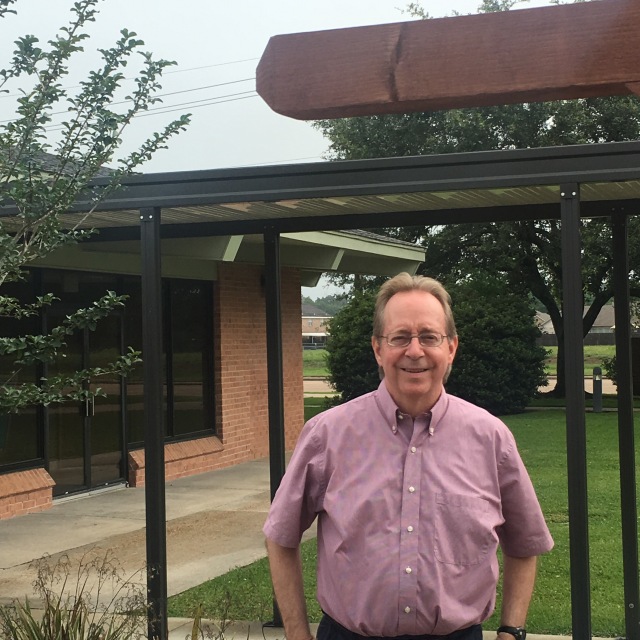 After Mass, Fr. Steven asked to speak with me. He was very curious and somewhat confused. He asked me lots of questions. He also offered me breakfast! I left the buggy at the church and we went to Mcdonald’s. I ate a really good Mcgriddle!

Fr. Steven gave me a blessing, and we parted ways back at St. Henry’s. When I got back to the buggy, there was a donation in one of the cup holders! Must have been an anonymous parishioner! 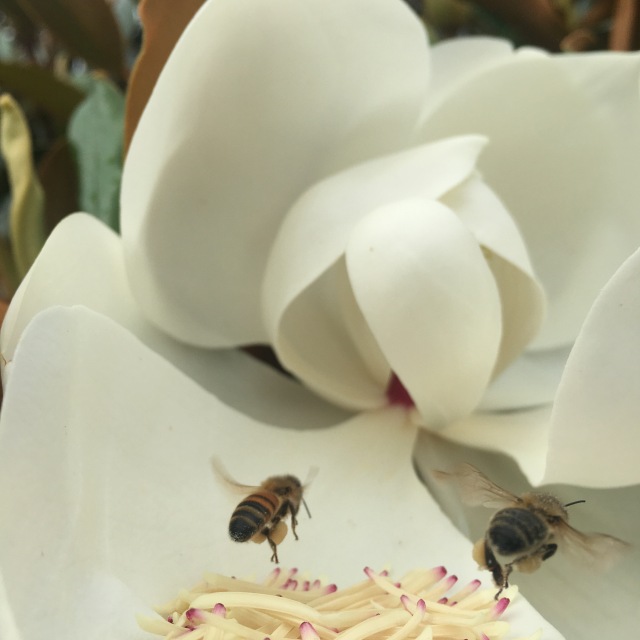 It was tough getting out of town. Texas roads are huge and spacious, but the shoulder didn’t have a solid white line. I hiked most of the miles through grass and suburban terrain. By the time I made it outside town, the shoulder opened up. 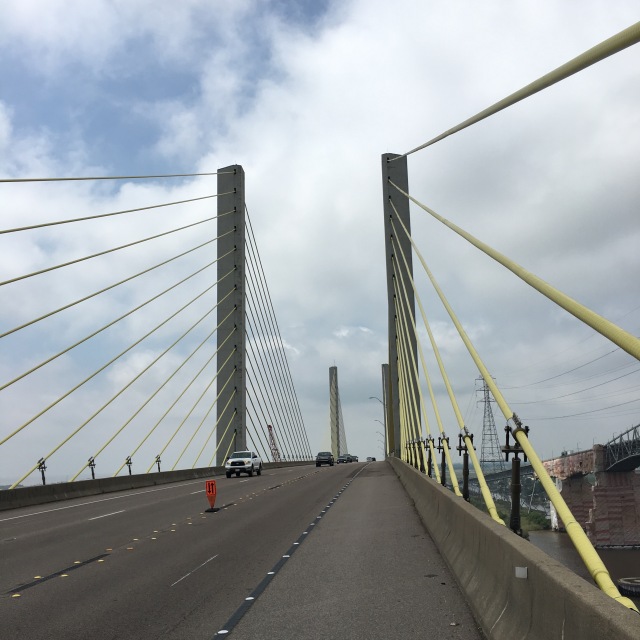 I crossed a bridge over the Neches river. It was a great sight. Construction workers to my right, Sabine Lake to my left, and a huge ship even passed under the neighboring bridge as I crossed!

I took a nice long break at the Texas Veterans Memorial. I even napped! 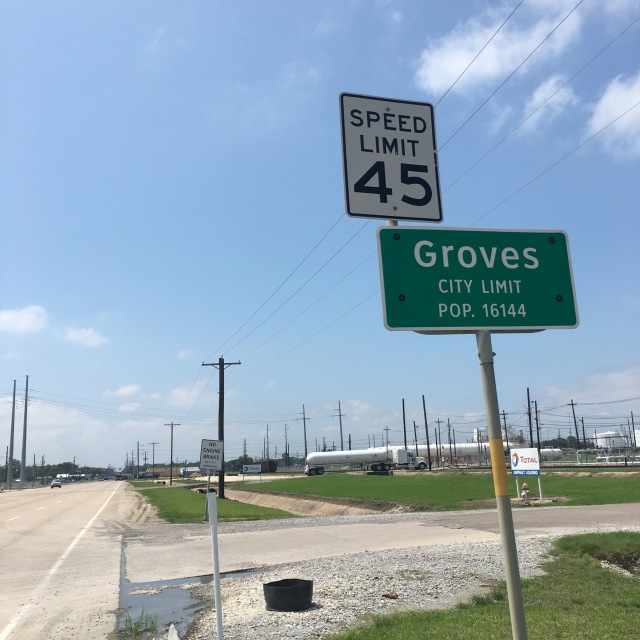 I made it to Groves and stopped at a Cajun restaurant. I ordered some red beans and rice and hung out.

I joined LA 366 north towards Port Neches. I passed many refineries, and experienced an increase in traffic shortly after 3 as I made my way north. Must have been a shift change.

I hit town and laid in the shade under a live oak. I looked at Google Maps. I needed to do laundry. 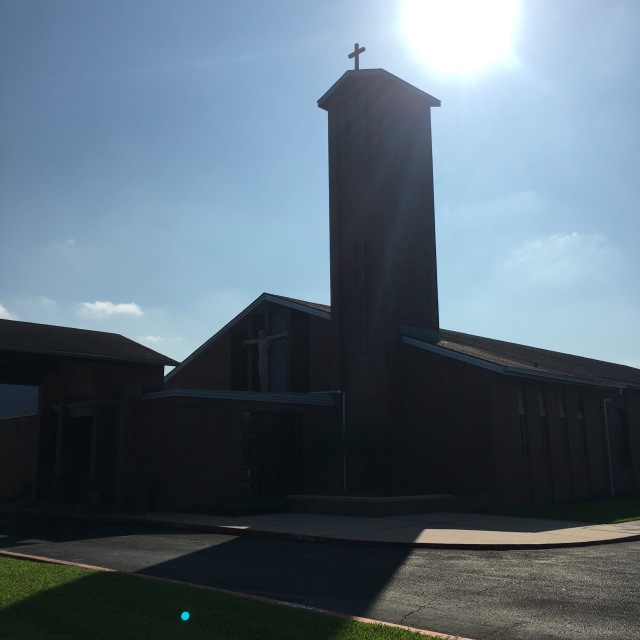 I made my way to St. Elizabeth’s a knocked in the rectory door. Fr. Shane answered! He immediately told me I could stay on the property. It was a relief, and we walked around the grounds looking for a good spot. He was running late for a meeting with someone, so I tucked the buggy under the awning and we parted ways.

I headed to a memorial park and watched a baseball game for a little bit. I went next door to the library to use wifi. I even had a chocolate shake at a Jack in the Box!

I doubled back to the church and there was an air mattress and an air pump next to the buggy. I was so happy! I wasn’t sure who put it there, but I was very thankful. I set up camp as the sun set. I slept well, except for a mosquito in my ear!