I rose just before the sun and left the river bed. 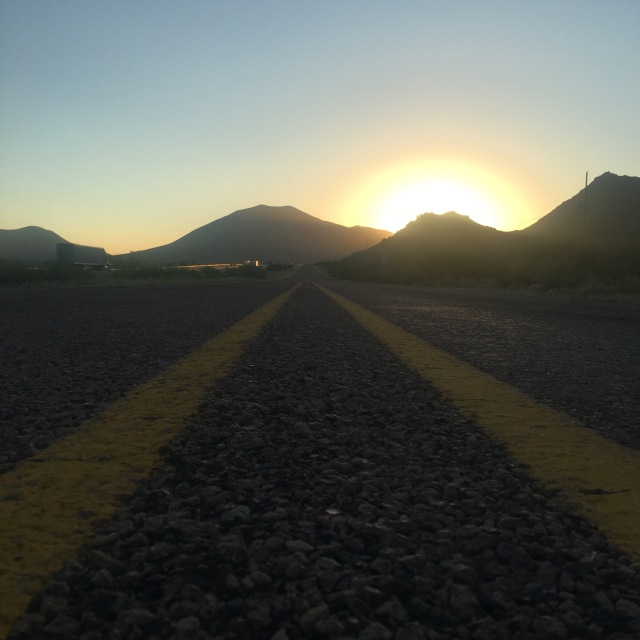 I made my way up to the frontage road and watched the sunrise. 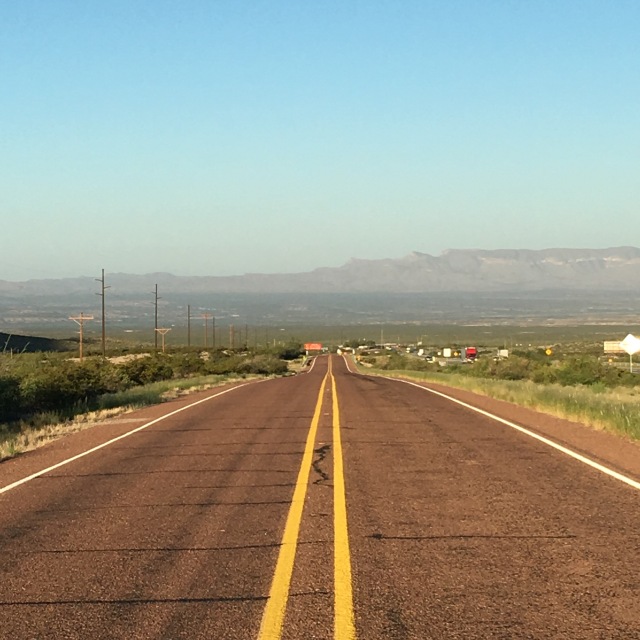 I started to put in miles.

Manny and Carlos “TDOT at its best!”

Manny and Carlos pulled over! TDOT workers. They offered me cold waters and ice! I actually had a cooler that Debbie and Rachel had given me back in Sanderson. We loaded it up, I even iced down a couple powerades I had! Just like that, they were gone!

The frontage road actually went much further than it is depicted on Google Maps. I kept chipping away.

Eventually, I had to join I-10 and travel on the shoulder.

I wasn’t the only one, a few cyclists passed me by. They seemed exhausted climbing mountains! They kept peddling. 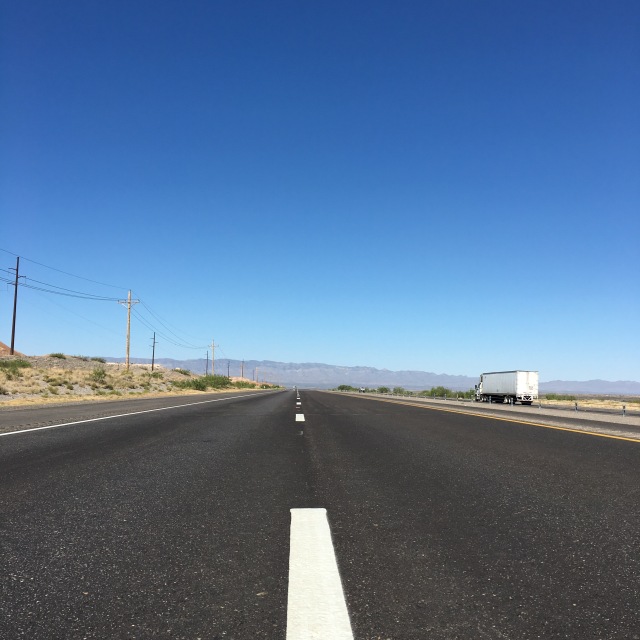 I put in the interstate miles: 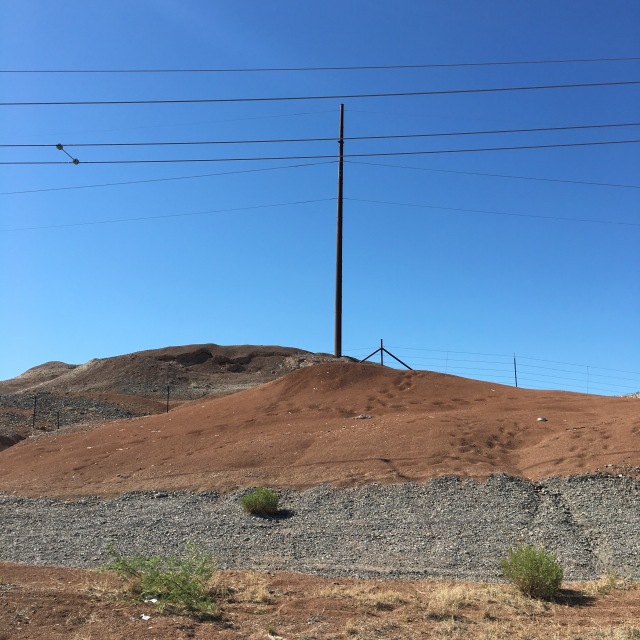 Shortly after 10 a.m., I stumbled upon a truck stop in the middle of nowhere. 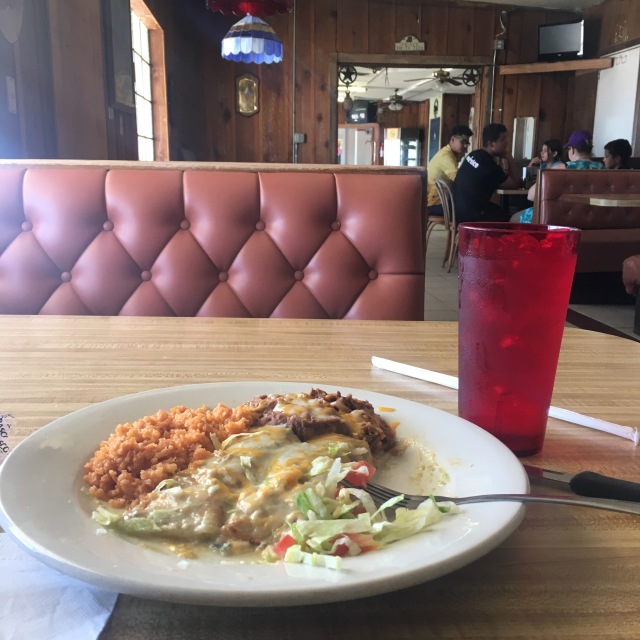 There was a restaurant and a store. A true oasis! The staff was so nice. I ate a big plate of enchiladas. 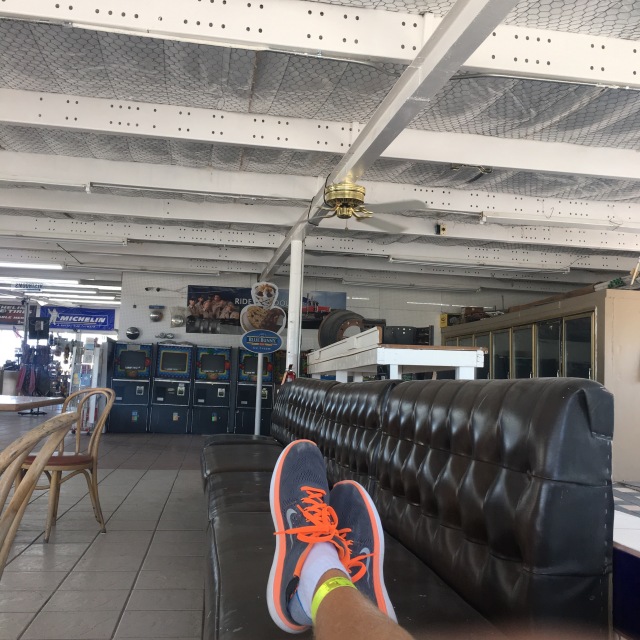 I found a side room with some sofas. It looked like an empty trucker lounge. I slept. I kept waking up drenched it sweat! It was so hot both inside, and out. I brought in the cooler and drank some cold drinks. Hydration.

I also talked with some friends and family. It was nice to hear from my sister Emily. Made my day. Just passed 3 p.m. I hit the road. 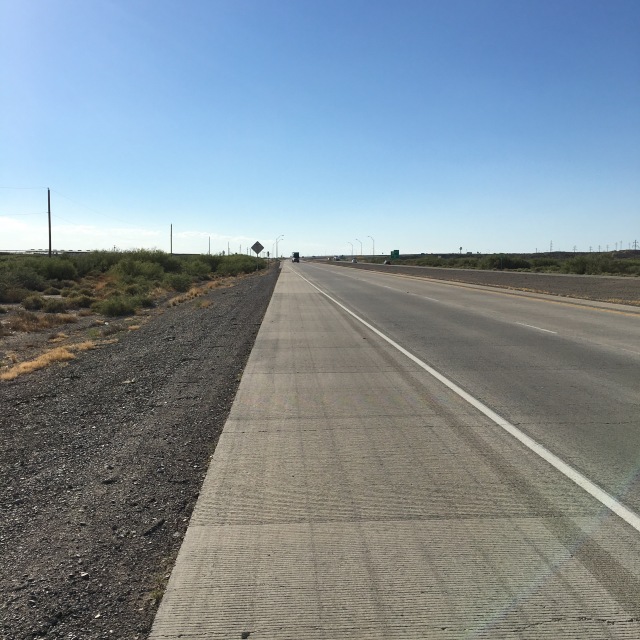 It was windy on I-10! My hat kept blowing off. I dug deep and crunched through the last stretch of interstate. 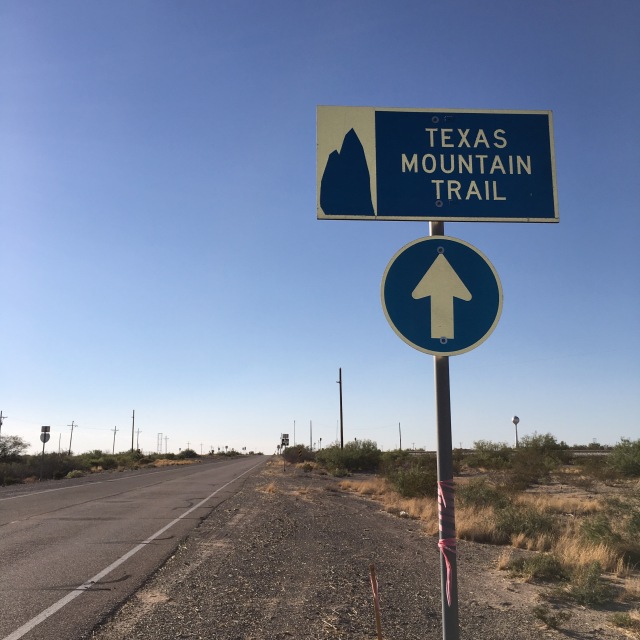 I joined Highway 20. It felt good to be off the interstate. I made my way into Fort Hancock: 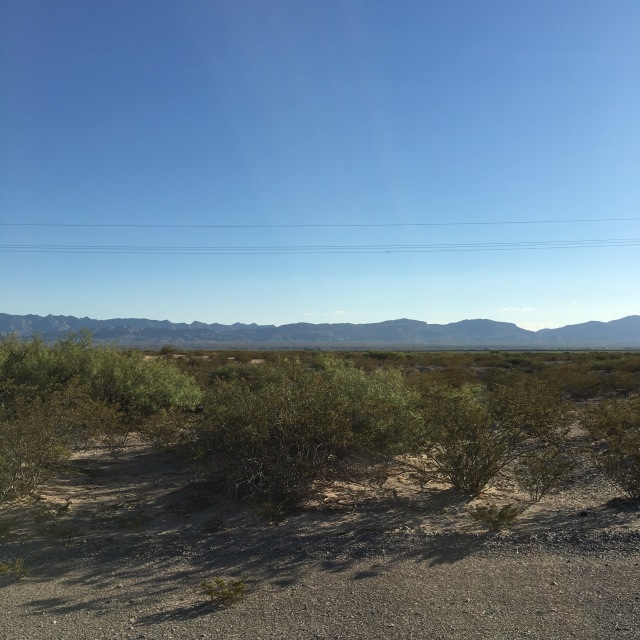 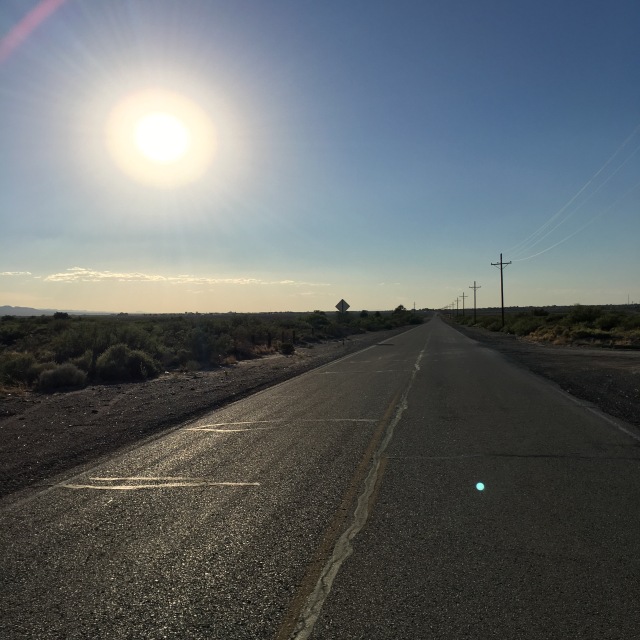 A woman named Marina pulled over! She told me she knew I had been walking a long way. She gave me cold bottles of water and a couple yogurts! She was so nice! It was the kick I needed to get into town.

I made my way along fields and canals. Ranchers ferried water up and down Highway 20. 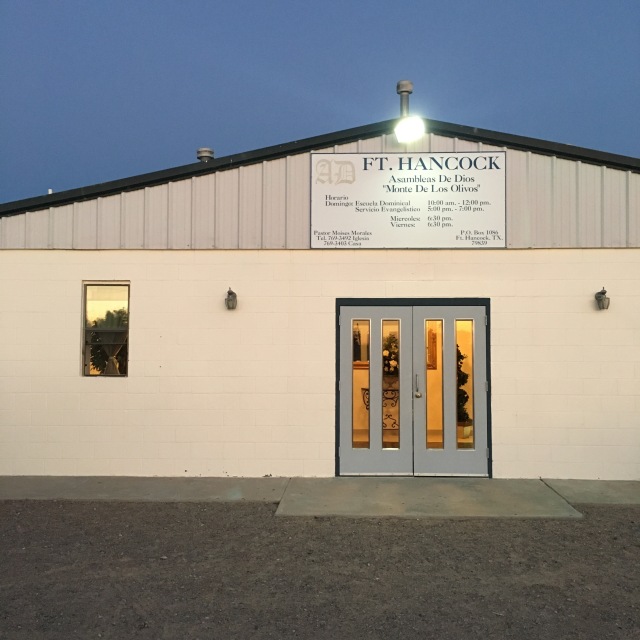 I made it to the Fort Hancock Asambleas de Dios! I was just passing by, but heard music inside. I entered within. 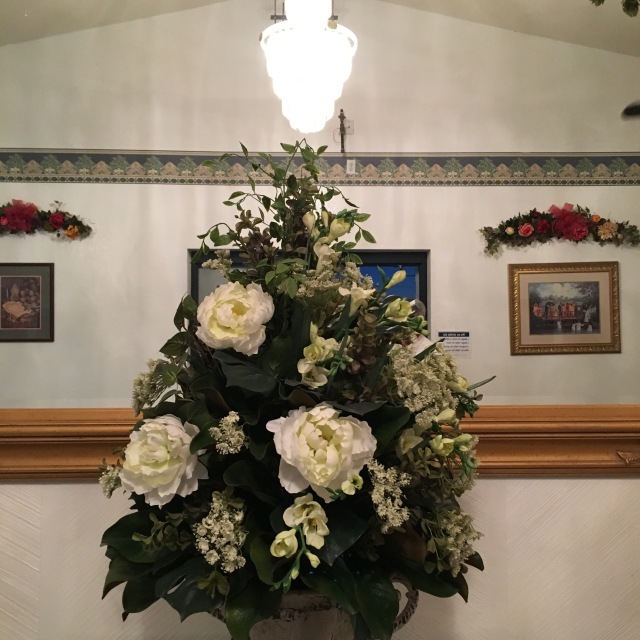 They were praying, mostly in Spanish, I silently joined in.

After the service, I asked Pastor Moises if I could camp behind the building. We talked a little bit about the journey. He offered me to stay in the community building next door! I almost couldn’t believe it. After miles and miles in the desert, shelter was overwhelming!

Omar really helped me out! He showed me around the center. They even had showers! I brought the buggy inside and set up camp up on the balcony.
We talked about all kinds of things: the journey, the red sox, Mexico, and the road ahead. Omar works for TDOT, he gave mesome good info on the road to El Paso.

Omar’s Mom brought me dinner, buffalo chicken! It was so good, especially the vegetables!

Omar is joining the Marines. He gave me a few MRE’s. He also told me I could take as much bottles of water with me as I needed. I couldn’t thank everyone enough. They left me for rest.

I retired to the balcony. I was even able to hang my hammock up there. I fell alseep to a huge industrial-like fan that droned out all noise. I slept great!