I awoke in my hammock in Wilcox, Arizona. 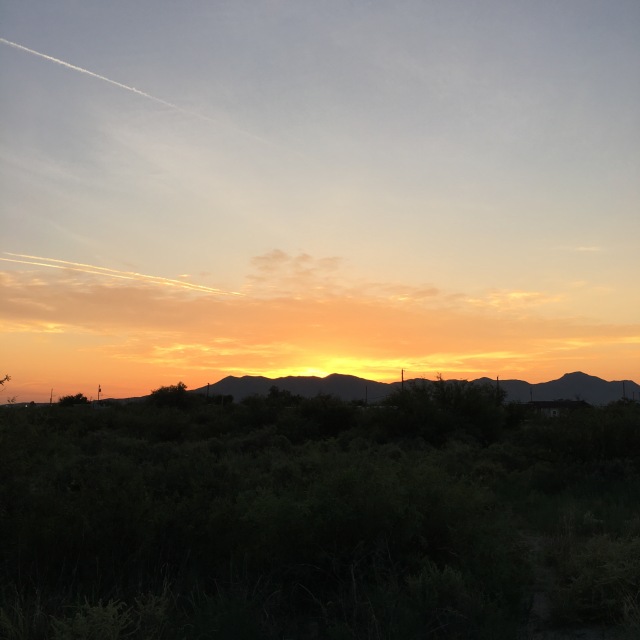 I watched the sun rise.

I broke camp and repacked the buggy. I headed across town.

To the post office! Over the past week or two, there have been a few people who wanted to send me donations. I had to send away for a new bank card to access them.

I headed over to a little breakfast place in town.

The food was so good! A meal on my friends. I was so thankful!

I then headed to the library. 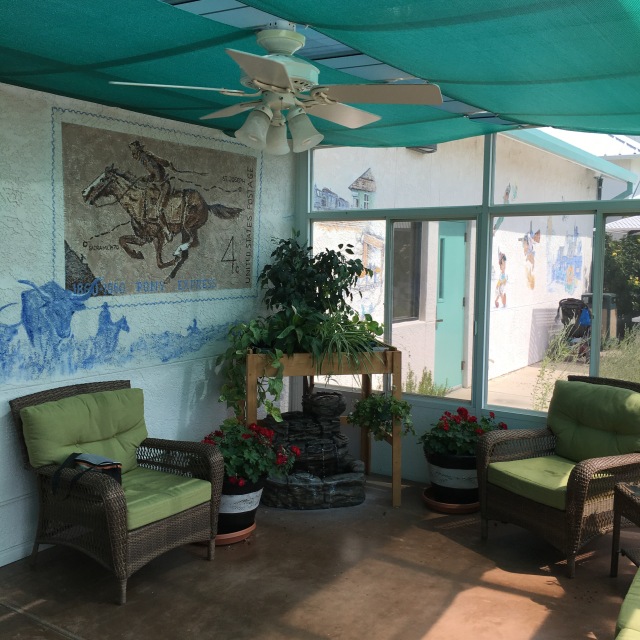 I needed to catch up on journaling, but I ended up taking a siesta instead! 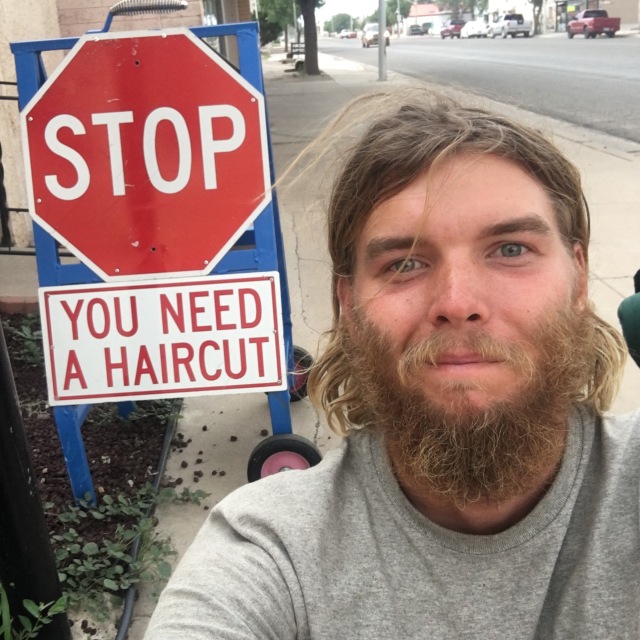 I hit sidewalk just past 3 p.m. I cut through town. Storm clouds were rolling in. I stopped by a Circle K to grab a powerade. 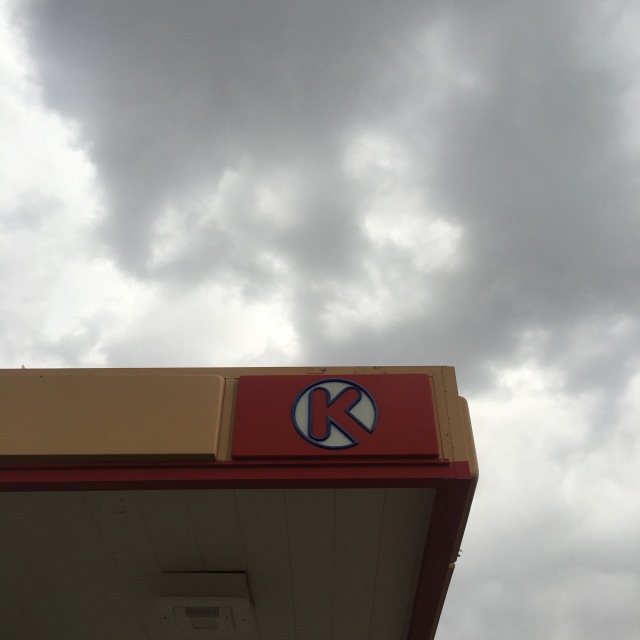 I met a woman named Megan! She asked me if I could reach into the dumpster to grab her some chips that the gas station had thrown away. I brought her inside and bought her some in date chips. I also gave her some money. She was so thankful.
Just then the Sheriff’s department stopped me. I had dropped off a bag of canned goods by a WIC office in town. I guess someone called the police 😦
I think they saw me buy Megan some food and give her money. They were really nice to me, and asked me lots of questions… in a good way, haha! They told me a storm was fast approaching, and it would be best if I hung around town till the morning. We parted ways. 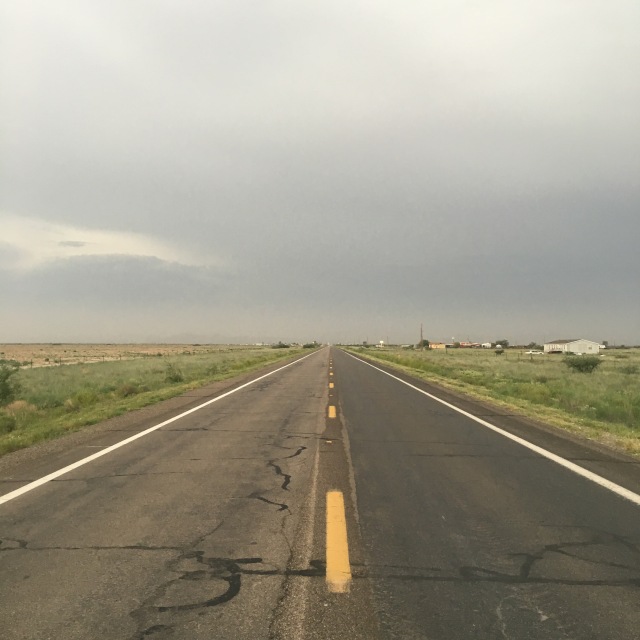 I kept moving. I wanted to get on the far west side of town before the storm hit.

It got so windy! I stopped at an abandoned building and watched the dust storms roll in from the south.

I made it to a Chevron, just outside town, and just before the I-10 junction. I bought a burrito and some bugles. The person working there gave me permission to camp behind the building! Didn’t catch his name 😦

I set up camp at inside a fenced off area behind the gas station. I ended up setting up a tarp too in case it rained. I fell asleep feeling thankful!