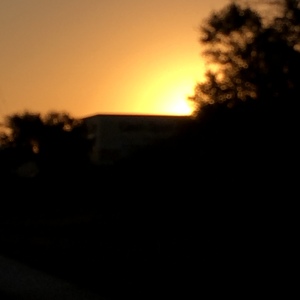 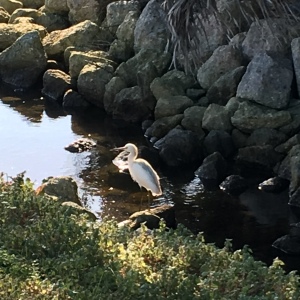 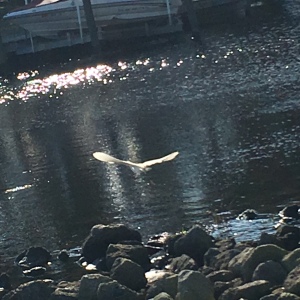 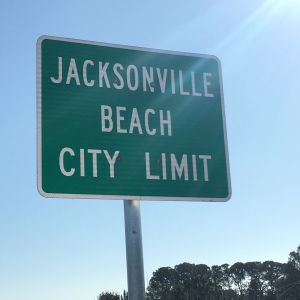 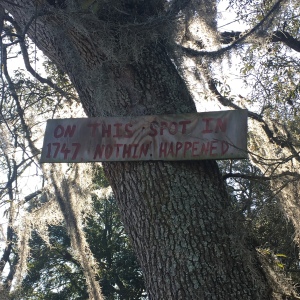 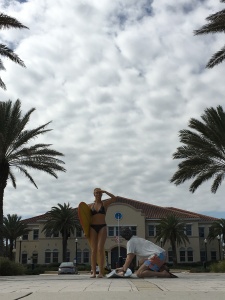 I awoke early at dawn and “went” in the woods near I camped. I brushed my teeth and packed up my sleeping bag and tarp. I was sore. I did some stretching: lunges, body weight squats, calf raises, calf stretches, and squat holds, these are all key.

I contemplated the night before. Stealth camping is was not an ideal situation, but it was something I had to do. Stealth camping in simple: when the sun goes down, find somewhere dark, hidden, and as safe as possible to sleep. Behind a dumpster, along a fence, in some bushes, these are all examples of stealth camping. It is weird to wrap your head around, but it is actually kind of easy. In reality, most of my journey will probably be stealth camping. Of course I worried a bit throughout the night. Fears of people and animals, police, and rain or weather all crossed my mind. Despite all this, I was able to get a good nights sleep, and I felt rested and renewed in the morning.

I decided to put as many miles in as possible before the heat of the day. I kept trekking east towards Jacksonville Beach. I stopped at an empty road-side construction site and “went” at a port-a-potty. Its actually pretty funny, you’d be surprised how many port-a-potties there are out there on the road. They are always a small luxury.

I put in the miles and arrived at Jacksonville Beach earlier than I anticipated. I headed to the beach and ate lunch. I people watched for a while. I went to the bath house and took a sink-shower. I headed to the Jacksonville Beach festival grounds and took a quick nap. I decided to rest for the rest of the day instead of continuing south towards St. Augustine, the first place of my pilgrimage.

I decided to reflect on the past two days and do some writing. I went to Mcdonald’s and bought a small fountain drink. I filled up the cup with water and sat at a table with an outlet. While writing, a young man with bleached hair walked in wearing a poncho. He asked me if I was sitting at the only outlet. I pointed to another and he sat across the way for me. A few moments later he told me his charger wasn’t working for his tablet. I offered him mine even though my battery was low. We started talking.

He saw me at the festival grounds napping earlier. He wanted to say hello to me but did not want to wake me. His name is Scott and is from Denver. He has two kids and plans to build a church in Argentina. He chooses to live on the street because he likes the lifestyle. He was trying to get back to Denver by June to be with his friends and family.

We talked about alot of things. I told him about my journey because he asked. I usually keep what I am doing to myself unless others are interested. He gave me advice on which routes to take and what areas to avoid. Just then a man and woman walked in. They sat down and joined our conversation. Suzie and Zack had just come to the beach from downtown Jacksonville. Suzie is a chef from Albany and served in the Air Force. Zack was in the marines and has four kids. They told me Jacksonville is not a good place to be, there is lots of violence, that is why they came to the beach. Zack told me I could take a bus to St. Augustine, and I agreed with him, but I also told him I planned on walking.

Just then a woman across the way eating lunch with her parents chimed in. She asked me why I was on pilgrimage and I told her it was for The Extraordinary Jubilee year of Mercy. She was very interested and told me she was Catholic. I told her I was planning on attending Mass at St. Paul’s that evening, and she told me she went to Mass there that Morning. Her name is Susan and she moved to Jacksonville. Her parents were just visiting. She offered me some money and I accepted it. It felt awkward accepting money at first, but I understand people want to help and be a part of what I am doing. She told me she would be praying for me and then left with her parents. It was nice.

Scott, Suzie, Zack and I started talking about all kinds of crazy things. We hung out there for a few hours talking about street culture and I learned a lot. I guess technically I am part of the community know, kind of strange to think about. We also talked about spiritual things and God. We almost all had differing views and beliefs, but we all listened to each other, it was pretty amazing. We parted ways, the three of them heading to dinner at a place called the Mission, and I headed to St. Pauls.

After Mass, a woman came up to me and offered me some money. I accepted. Her name was Cheryl and wanted to help me out. In the parking lot, she gave me a pizza crust and some raw almond butter. I thanked her!

I decided to head south rather than stay in Jacksonville Beach. I put in a few more miles and suddenly it was dark. I struggled to find somewhere to sleep. I ate dinner and became nervous and began to worry. I eventually found an office park off A1A South and found a safe place to camp. I laid down my tarp and set up my sleeping bag in Ponte Vedra, FL.