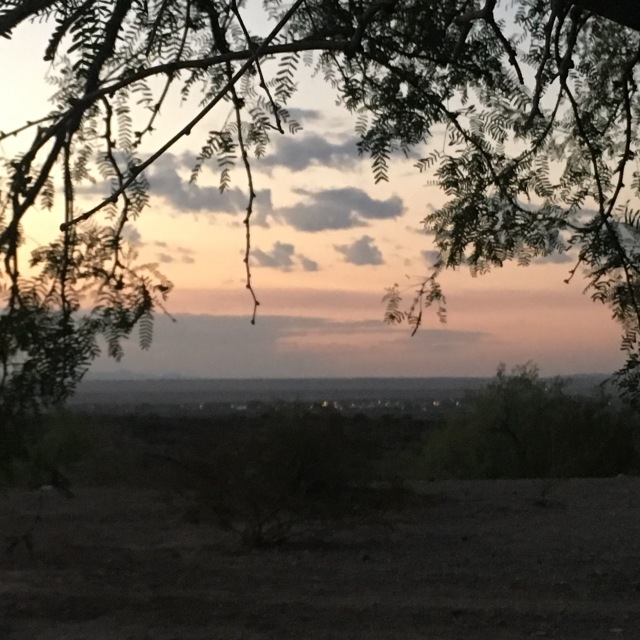 I awoke to wild burros stampeding through the grove. They were loud!

I broke camp and repacked the buggy. 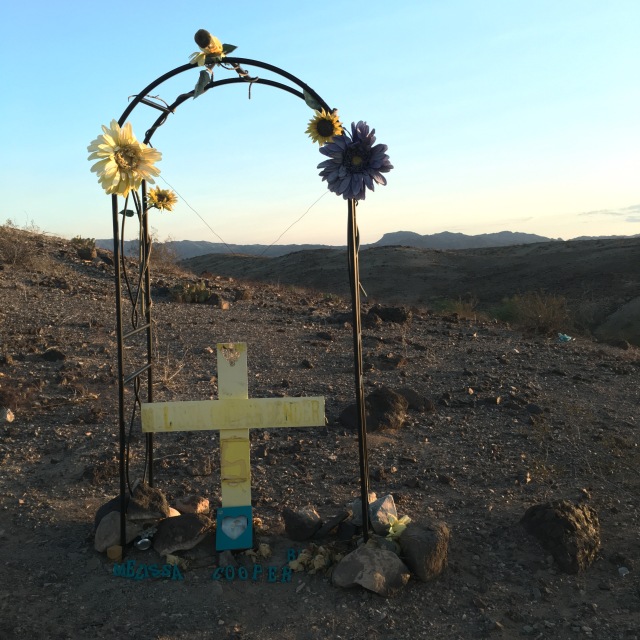 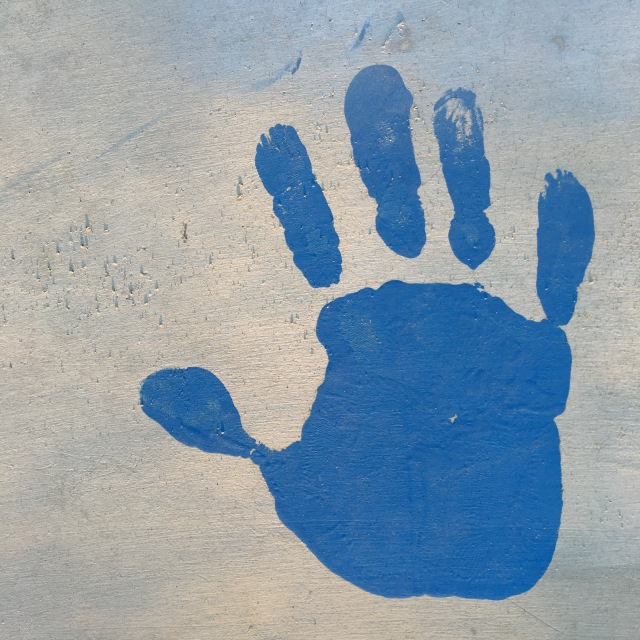 I made it a little ways and stopped to watch the sunrise. I ate a few slices of left over pizza and contemplated my next move. Trucks hauled by. I had to keep moving.

The shoulder for the most part was non existent. The buggy couldnt handle to the dirt along the side of the road either, it was too heavy, and the wheels would lock up.

It was a slow crawl. The trucks at least gave me some room and moved over during the day. Every now and then I would gain some decent dirt. I slowly chipped away at the miles. Weaving in and out of the pockets: 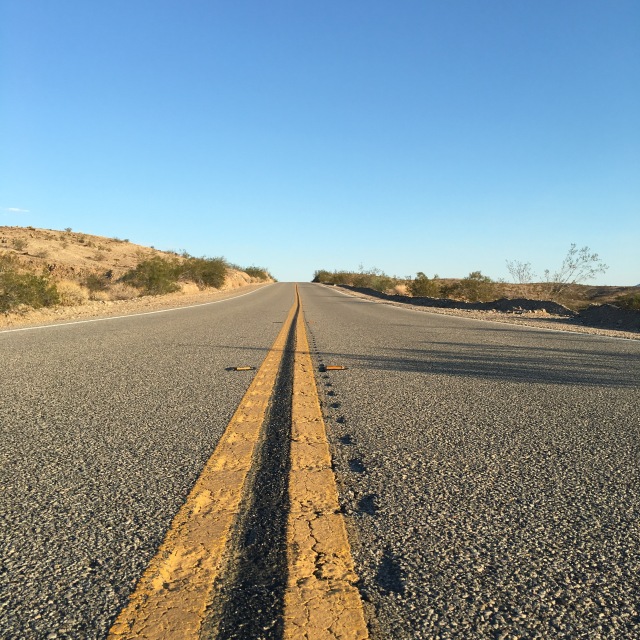 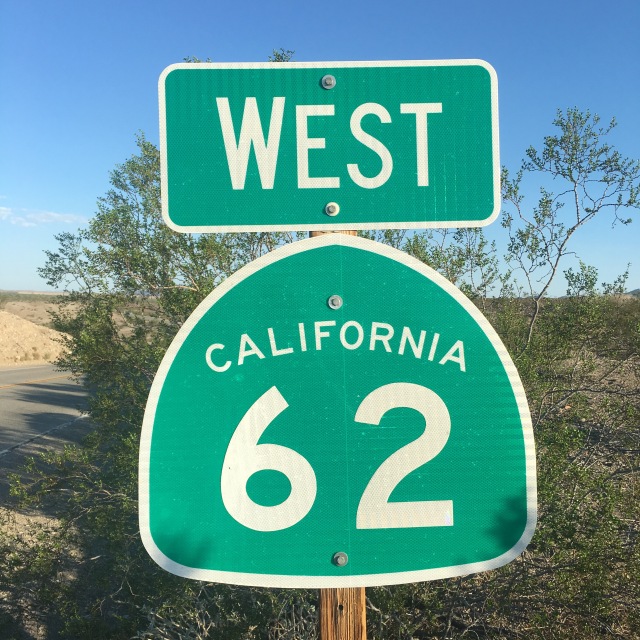 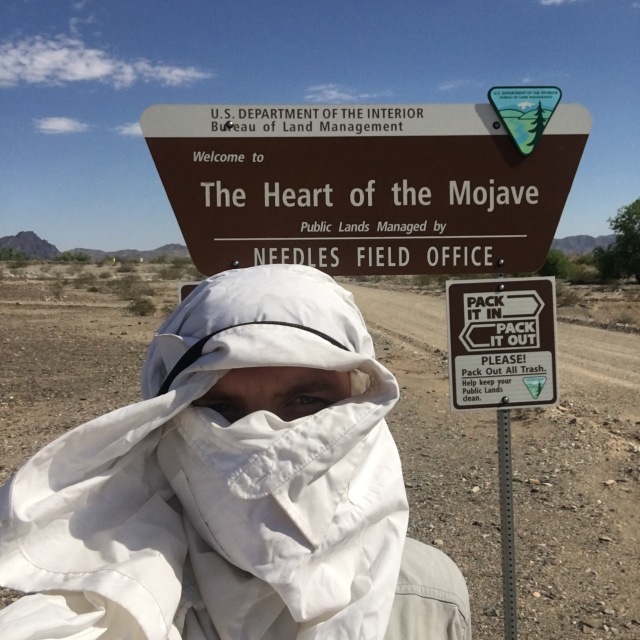 I made it to Vidal Junction around 11 a.m. A crossroads, and the last stop before 93 miles of open desert to Twentynine Palms.

I was happy to be off the road. I found an abandoned gas station and set up my hammock in the shade.

Time passed. After a nice long siesta, I headed over to a truck stop and bought a couple gallons of water. I had already drank two gallons since leaving Parker!

I did some maintenance on the buggy. The front tire was not true and created a lot of friction, I used a soda can tab as a washer to hold it in place. It worked! 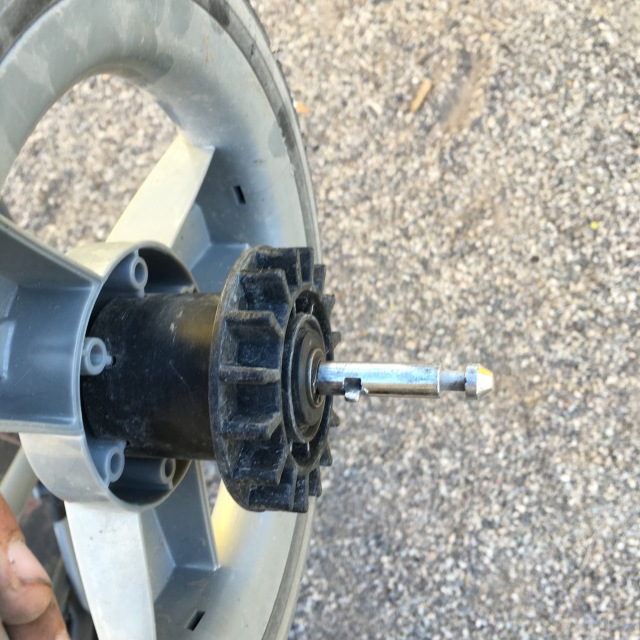 I was worried about the rear tires. There was no axle, they just popped into the rear frame using a button mechanism. The plastic bearings were broken, the frame bent. I hoped they would hold.

I met Miss Bonnie! She works at the gas station. She was really nice, and let me use some tools from behind the counter to fix the buggy. 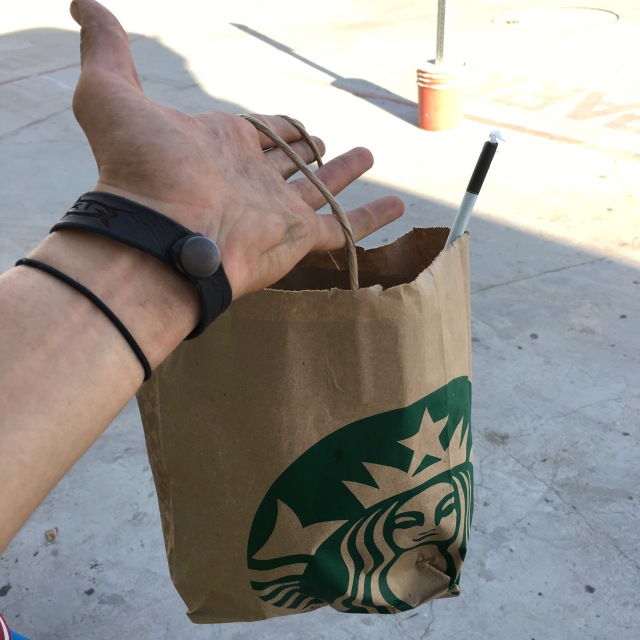 She gave me a big bag of snacks to take with me for the road ahead! She also asked me a few questions about this journey.

Miss Bonnie told me heading to Twentynine Palms, there was nothing but 93 miles of desert. She told me I would only get one or two vehicles per day out that way. Then she stopped, and said that since they closed the freeway down the day before because of the wild fires out west, I might get a lot more traffic. I wasn’t sure whether that was a good thing or not. We parted ways. 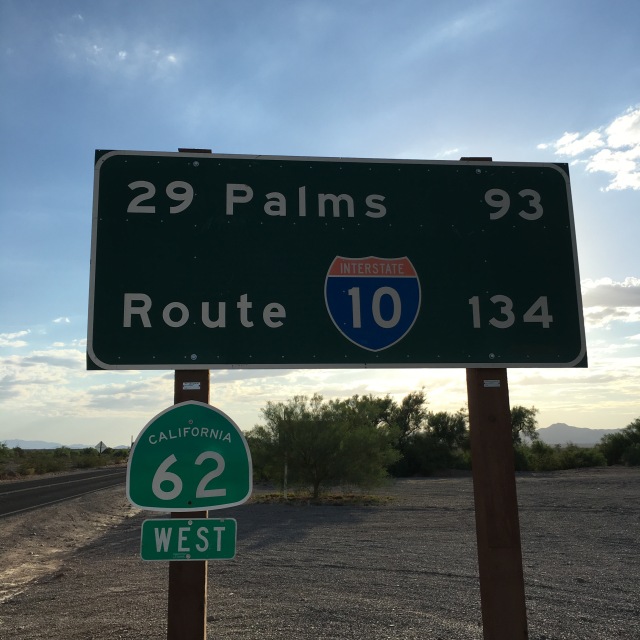 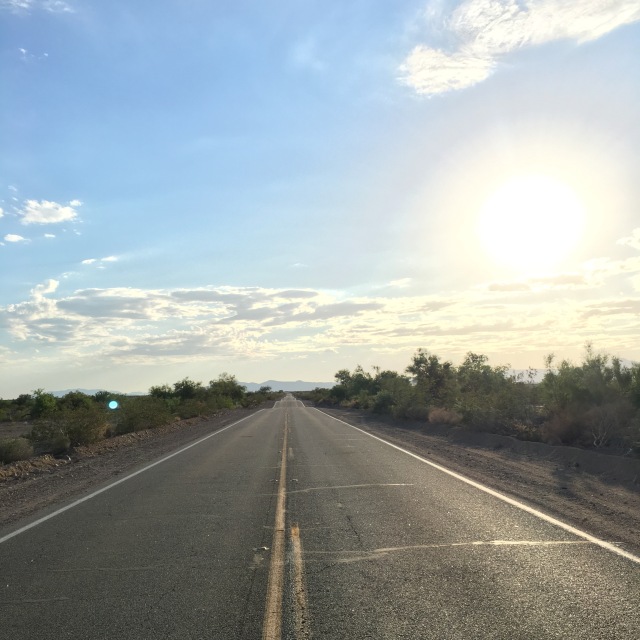 At 6 p.m., I rejoined California Highway 62. I was hoping traffic might let up west of Vidal Junction. 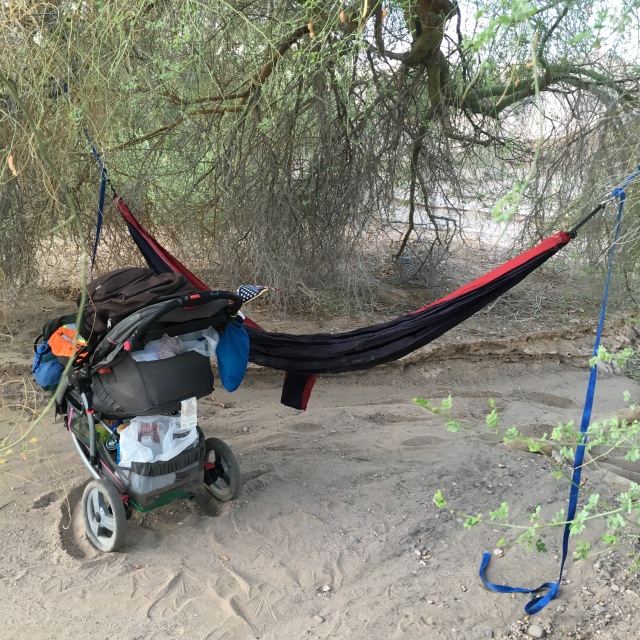 It didn’t. I made it about a mile before I got frustrated. I set up my hammock under a tree about 25 yards from the road. I just needed to think through some things. 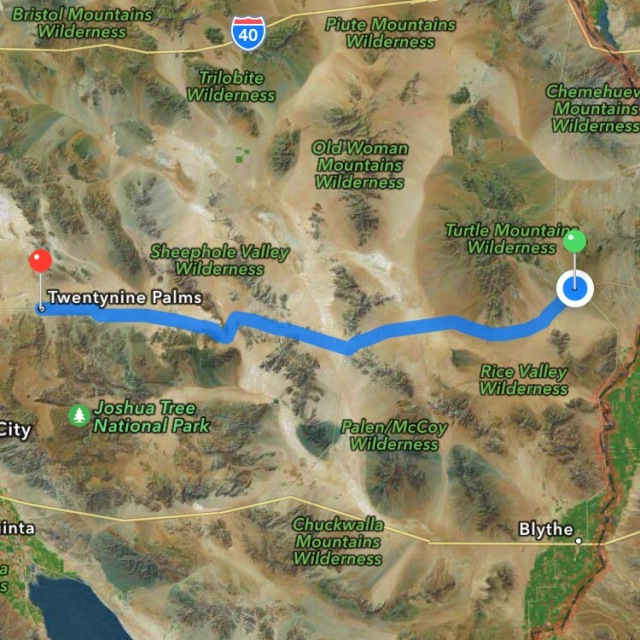 I decided to call it a night. I had only made it a few short miles that day. Traveling at night would be too dangerous. I would have to face the heat of the Mojave, and travel during the day. It would be a long and slow crawl through the wilderness to 29 Palms. 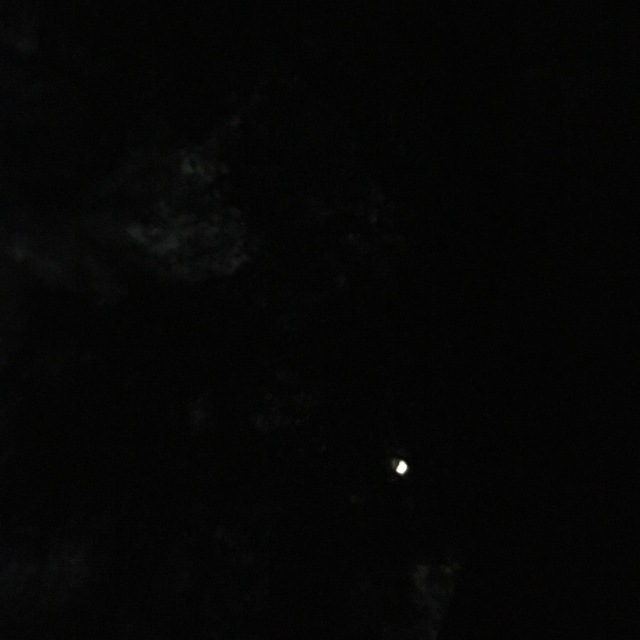 The moon rose on the open desert. It was such a sight. I fell asleep looking forward to a full nights rest.