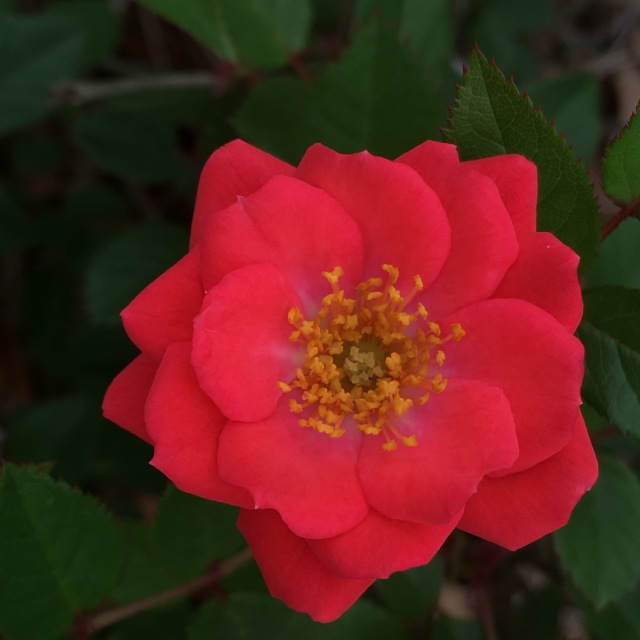 I woke up early and got ready for the day. I packed up the buggy and got ready for Mass.
Fr. Mike introduced me to the parish at the end of Mass, something I wasn’t expecting! Many, many, many people approached me and donated to the run. By far the most donations I have received. I wish I could remember everyone’s names, it all happened so fast! I literally had to stuff my fanny pack with all the money. It was so overwhelming. Toni gave me a St. Benedict medal. It was very nice of her!
I chatted with Fr. Mike and he gave me a scapular. He also told me if I needed anything to give him a call. He offered me breakfast, but I had eaten so much over the last few days I wanted to give my stomach a break!

Feeling thankful, I left for Biloxi. 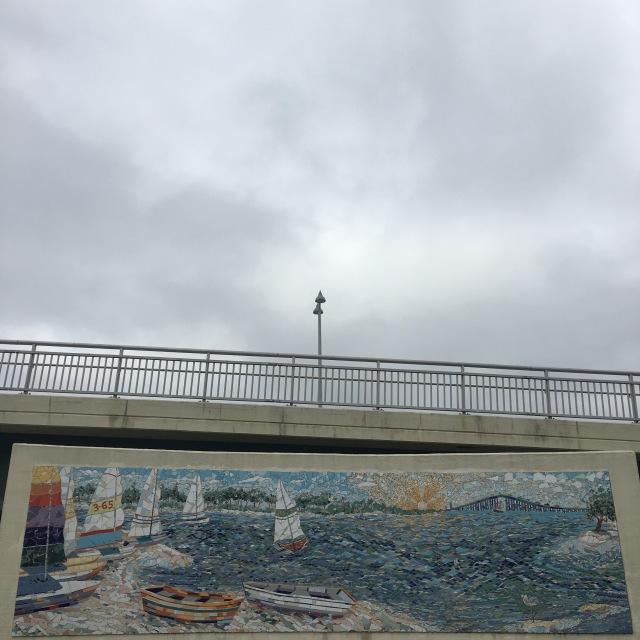 I crossed over the bridge. It was beautiful! 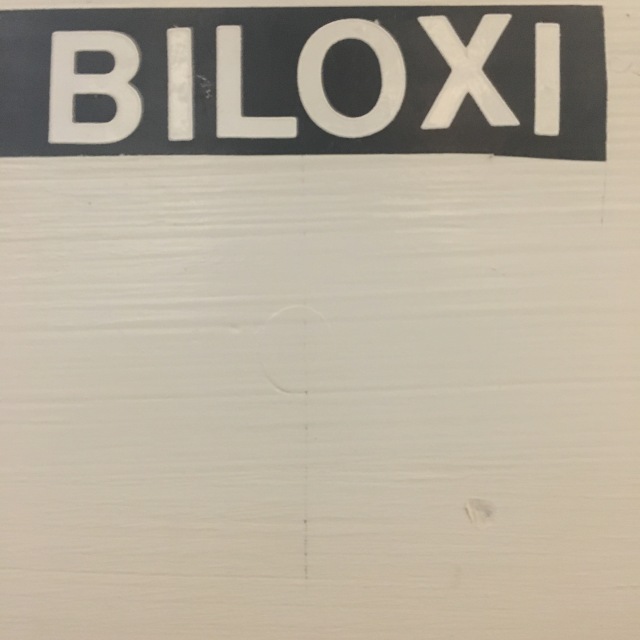 Jason’s mom bought me a ticket to the Maritime and Seafood Industry Museum. She spoke with the staff so I could attend per my convenience. I decided to check it out.
I chatted with friends and hit the town.

I met Bernell at the BBQ on the green. He was hoping to catch some work at one of the tents in exchange for a meal. I gave him a can of coke and a few other things. He was a really nice man.

I met Billy Bo while I was on the phone talking with my Aunt Maureen. He told me he was hungry. I promised to call my aunt back and Billy and I headed over to Subway.
Billy is from New Orleans. We shared a meal and talked for a while there in Subway. Billy is suffering. We talked about a lot of things. I gave him a few things, including the St. Benedict medal crucifix Toni had given me that morning. It was a really special moment. We parted ways.

I arrived at the Cathedral late for Mass. I walked in during the homily and joined everyone in prayer. 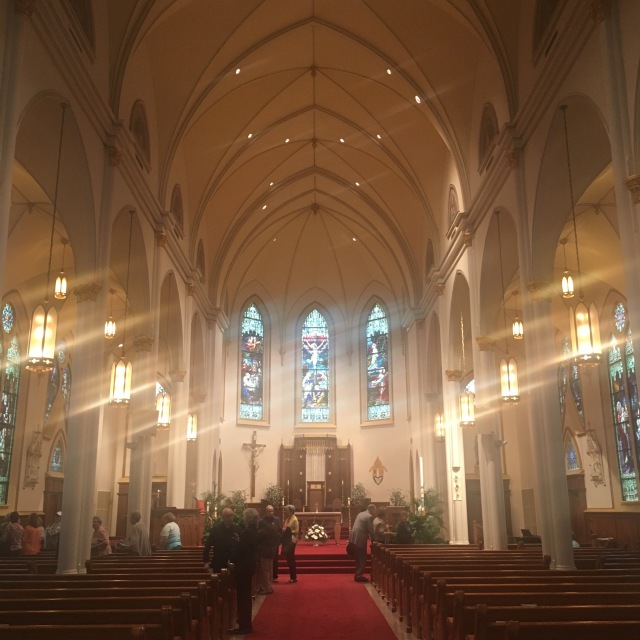 After Mass I talked with Fr. James. He gave me permission to camp on the property! I headed to the courtyard and parked the “jeep”. I decided to explore town. 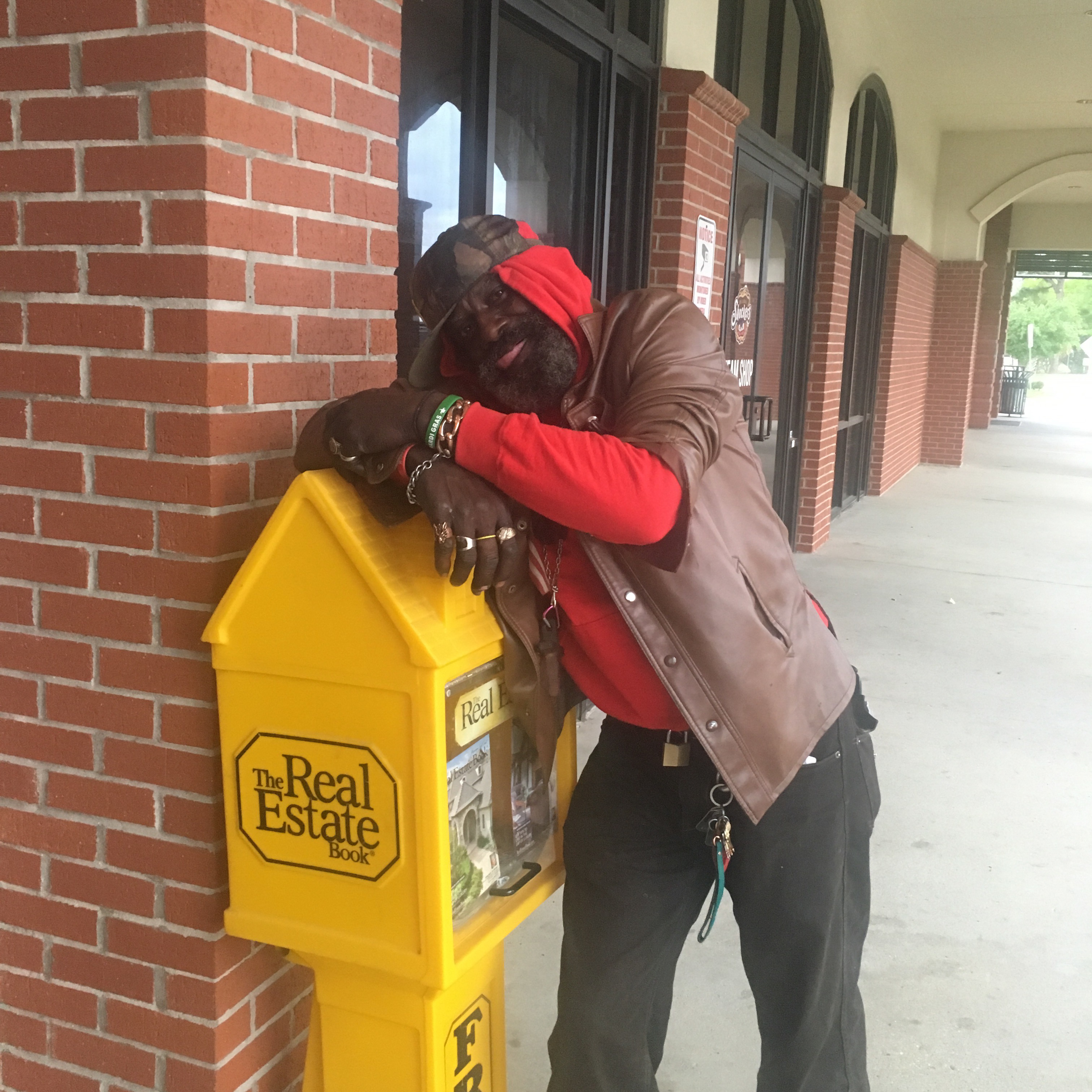 I met Terry. He was on bike and had a broken pedal. He told me he was hungry too. We talked about all kinds of things as Terry led me to his favorite spot, a seafood place in town. It was really nice there and the staff was great. Terry is planning to travel to Baton Rouge.

Terry and I ate like kings! I tried gumbo for the first time. We also shared a platter of fried fish, shrimp, sweet potatoe fries, and onion rings. All washed down with sweet tea.

Terry thanked me for “filling him up”. I thanked him for hanging with me. I gave him a few things I had. He told me he owed me one and would be looking out for me there on the street. That made me happy. 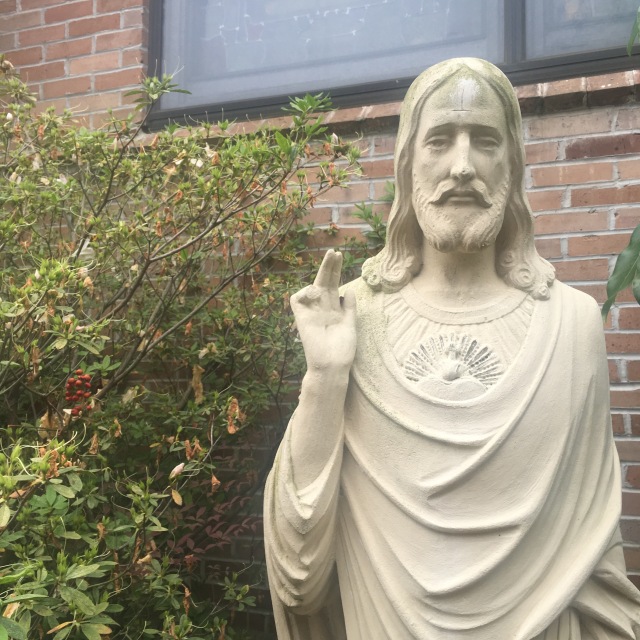 I doubled back to the Cathedral. I accidentally knocked over a brick pillar while trying to hang my hammock. 😦 I felt really bad and knocked on the rectory door. Fr James told me not to worry about it. I cleaned it up the best I could. N hindsight I am actually happy it fell while I was there and not on someone else. The brick wall there was in poor condition.
I decided to stay in the hallway breezeway later that night. It had a locked door and I felt much safer. I heard people roaming the streets and courtyard throughout the night.