I slept in! I made my way to the living room where John was sitting with his dog. We started to make breakfast.

I prepared el pan tostado, and he cooked the bacon. I cracked los juevos, and he scrambled them. His wife Irma woke up just in time for breakfast!
She only speaks Spanish, so it was fun practicing! It was a great time, we listened to the birds through the windows, talked about the journey, and shared a wonderful meal. They were so nice to me.
I showered and got ready for the day. John and I loaded the buggy back into the pickup. I said goodbye to Irma, and she gave me a bit of money! John led all of us in a beautiful prayer in Spanish. We headed into town. 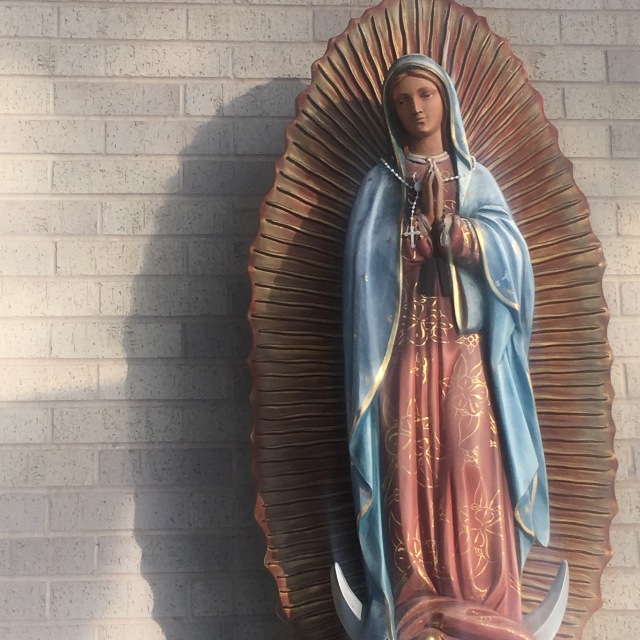 Back at Sacred Heart, I loaded up the buggy with botellas de agua that John had given me. The buggy was heavy, and I needed it to be! I thanked John for his works of mercy. We said our goodbyes and parted ways. It felt a bit like leaving family for some reason! 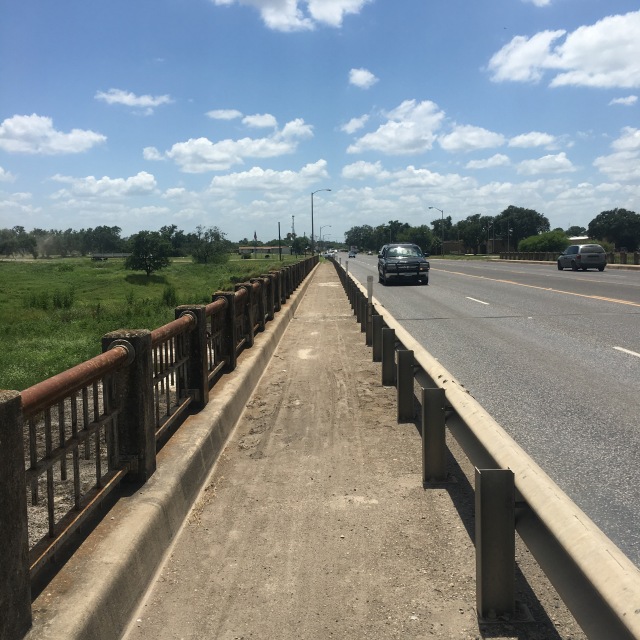 I treaded sidewalk and found my way to Highway 90. The library was right across the street. I needed to catch up on journaling.
I did, and did some other things too. Like play soccer on Facebook messenger, I’m getting good!

I visited a restaurant called Johnny Gringos and ate a meal. I even had a chocolate shake! I would need the calories. Brackettville was 40 miles west with no towns in between. I hit the road, it was 3pm. 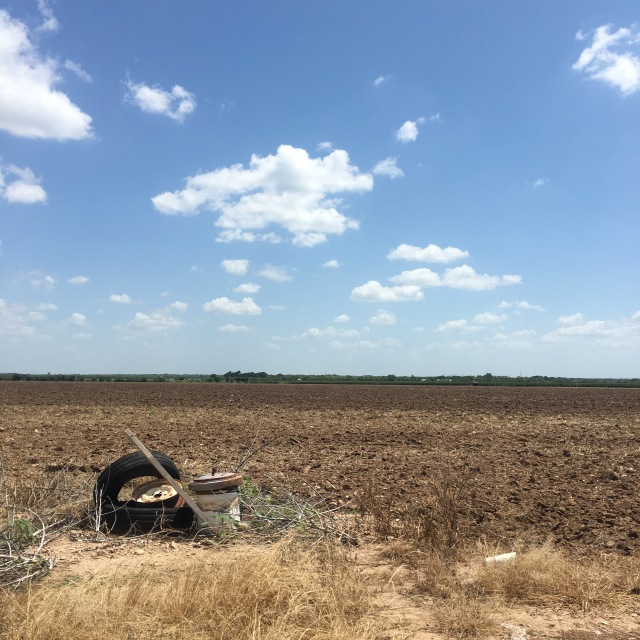 I started chipping away at the miles. I tried balancing drinking enough water and letting my body digest from the meal I had. 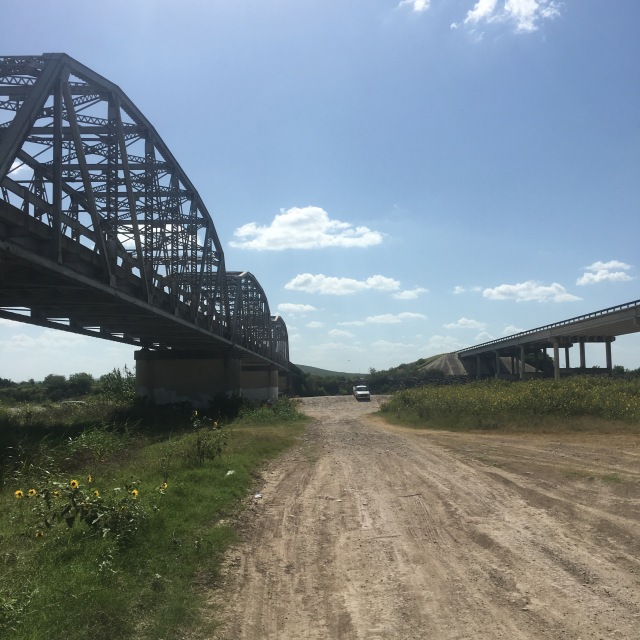 After a couple hours, I saw a large bridge in the distance. I hoped there might be water beneath. 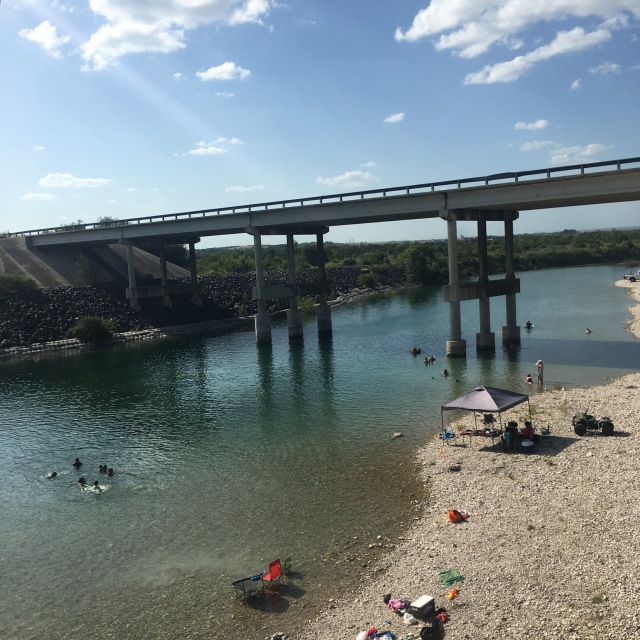 There was! It was a local swimming hole, and I decided to hang for a bit. There was no way I would make Brackettville by sundown.

I hung out on the rocks, floated in the clean and clear water, and soaked up some sun. A radio near by was playing a Res Hot Chili Peppers song. People grilled. It was a seriously good time.

I got a phone call from a good friend back home! Touching base with friends can give me motivation for days.

There were lots of great places to camp along the river, but it was a high foot traffic area during the day. I didn’t want to find out what it might be like at night. I hit the road. 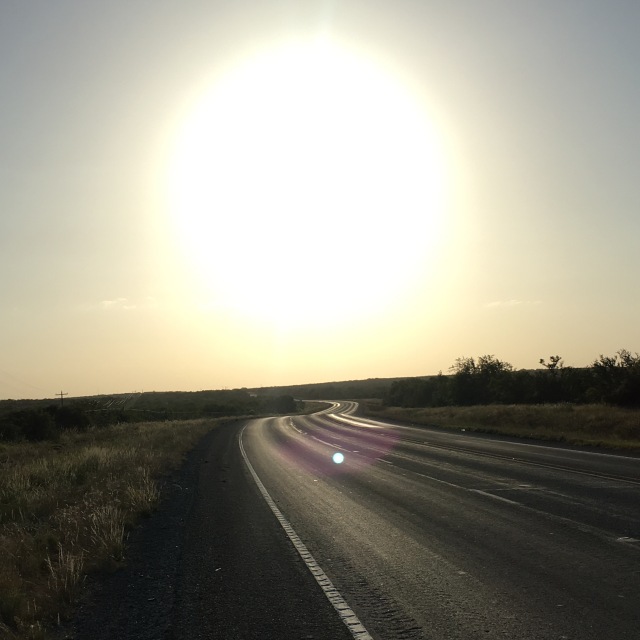 Vegetation grew closer to the ground, rolling hills in the distance. Traffic slowed. There was nothing around for miles. The sun slowly set on Uvalde County, Texas. I witnessed it. It was peaceful.

There werent too many options, but I found a great place to sleep and set up camp!  It was beneath the road, I think it was some sort of drainage tunnel. I fell asleep listening to coyotes in the hills. Every now and then a big rig up above would wake me up.