Day 78
I awoke shortly before 7 at Hassies house. She did all of my laundry and cooked breakfast for me! I had eggs and biscuits, it was good! She also gave me some protein bars, electrolyte powder, and sunscreen.

We met up with Kelly at the retreat house and transferred the buggy to Hassie’s car. Kelly and I said our goodbyes, and Hassie and I left for Lafayette.

me (left) and Hassie (right)

We hit the road and made it to St. Martin de Tours to pass through another Holy Door of Mercy! Turns out, there are 10 Holy Doors in the diocese of Lafayette, more than any diocese I have visited thus far.

I grabbed a Passport and stamp of approval.

It was a beautiful church, and also very old. We said a quick prayer and left for Lafayette.
It was a great ride in, with a low fog upon the sugar cane fields. By the time we arrived at Our Lady of Wisdom in Lafayette, they fog had lifted and the heat of the day set in.

Hassie and I parted ways, outside Out Lady of Wisdom, and I hit the road. 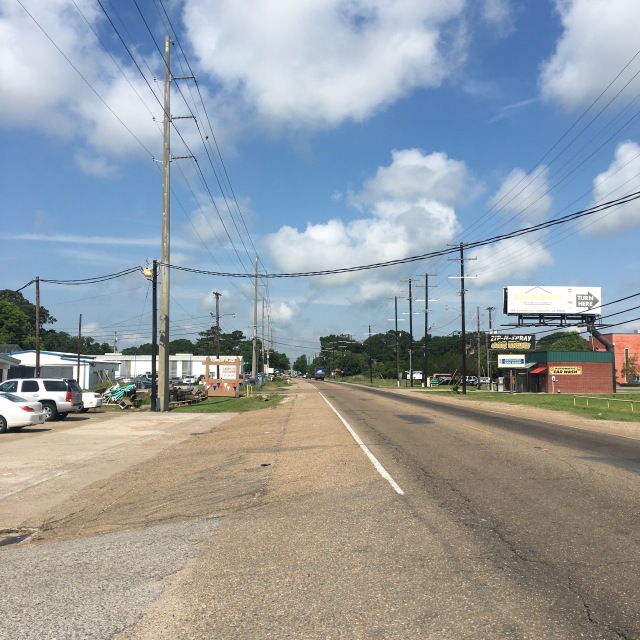 It was a tough stretch, but once I made the outskirts of Lafayette, the shoulder opened up. I started putting in the miles. 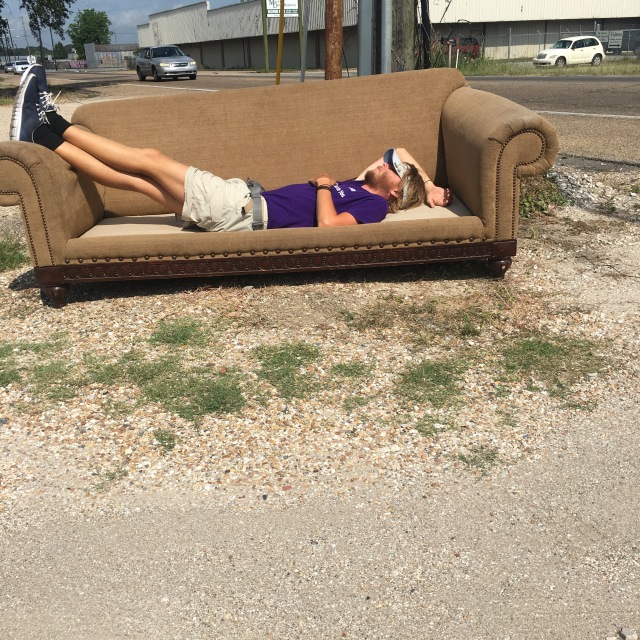 I stopped at a mexican market along the 90 and bought some peppers and an avocado. The prices were great! 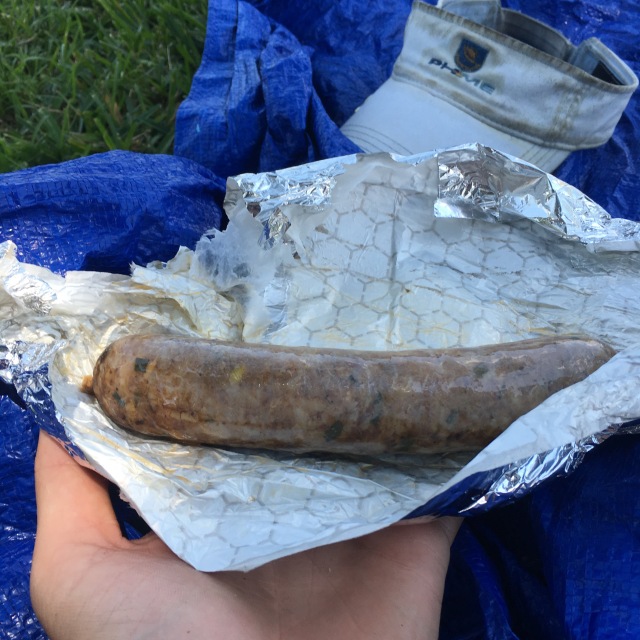 I made Duscon early that afternoon and ate some boudin for lunch. Kelly had told me I had to have boudin, it was good! I enjoyed a nice break and hit the road. 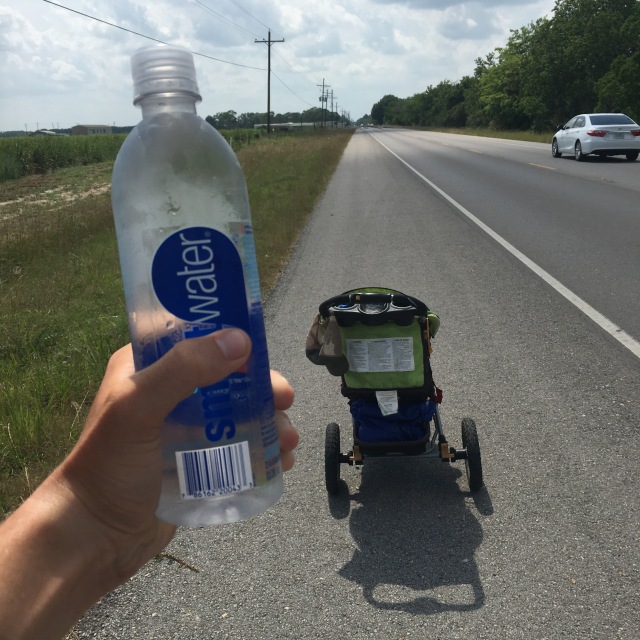 Just outside the Rayne limit, I met Marianne and her son in law Brandon! They heard of me through friends on the internet and stopped to bring me some cold water! They are from Rayne, and Marianne gave me her card and told me to call if I needed anything while in town. Roadside visits are the best! 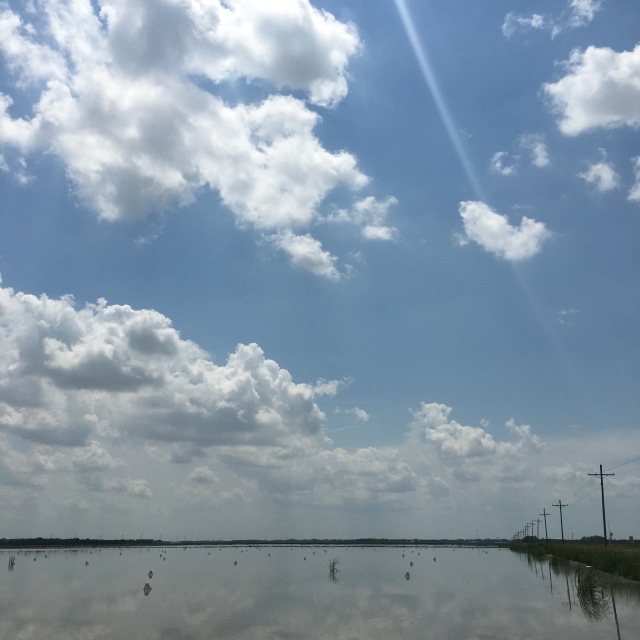 I strolled a few miles into town, and saw a frog run across a channel of water along the roadside. It was crazy! I’ve never see anything like it.

I arrived in Rayne and frogs were everywhere! Well, frog carichatures.

It is the Frog Captial of the World, and the Frog Festival was this weekend!

I stopped at the town common and played the Rayne frog piano. It was some good rest.

Our Mother of Mercy, Rayne, LA

I made my way to Our Mother of Mercy in town to pass through yet another Holy Door of Mercy!

I met Fr. Wagner, and he helped me out so much! He is a Josephite priest, and asked me a few questions about these travels. I think he was puzzled by what exactly I was doing. Sometimes I am too. 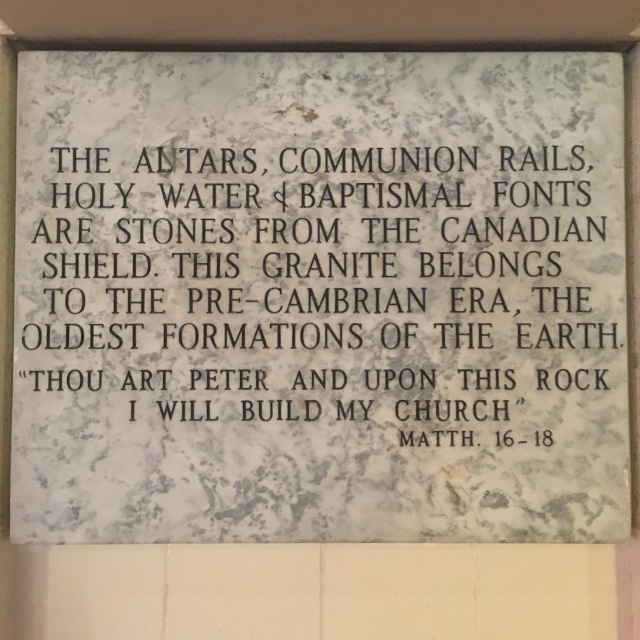 He gave me a tour of the church, and offered me a meal and a place to stay. It was great, I didn’t even have to ask! I ate a big bowl of potato soup for dinner. 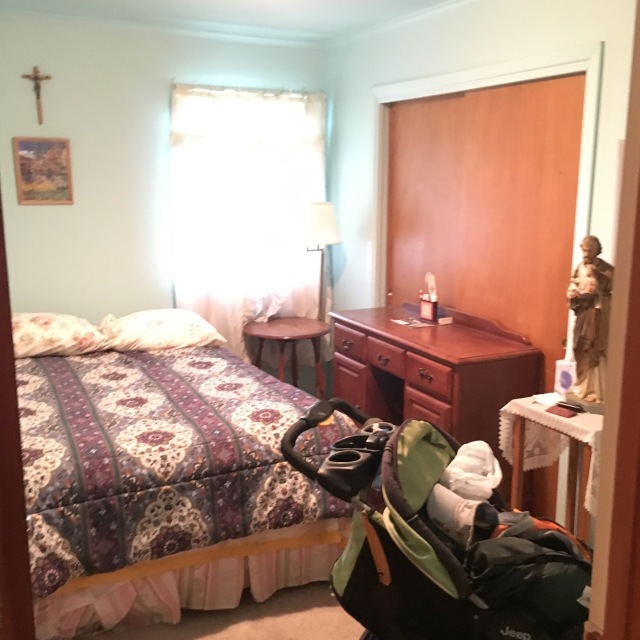 Fr. Wagner led me over to the parish hall, where there was a guest bedroom. He gave me a few instructions about the building, showed me where there was food, and then left me to rest. He told me, “you probably are going to want to take a nap,” I think I needed to hear that! 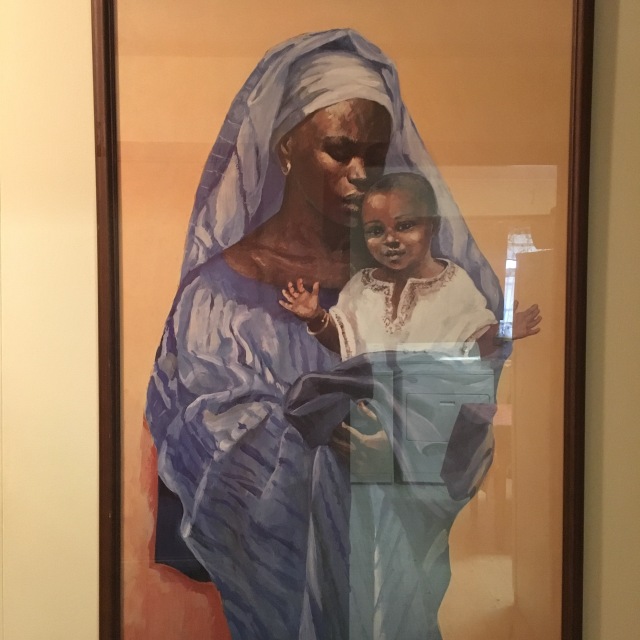