I arose before the sun behind the baptist church in Bee Cave, TX. I broke camp, repacked the buggy, and left the fields. I hit the road.

I put in a few miles down the Hamilton Pool road. I was detouring, hot on the trail of a fellow USA crosser.

from left to right: Carlos, Shane, and Chris

Shane, Carlos, and Chris pulled over! They offered me a ride. It was early in the day, I planned on walking. They gave me a few tips for the road ahead. We parted ways.

After a few miles, I stopped at a roadside firework stand and ate some poptarts and granola bars for breakfast. Shane and co. doubled back! They offered me waters! They gave me about half a dozen. They were really supportive and encouraging. We snapped a quick pic. They guys headed off for work, and I hit the trail. We parted ways. 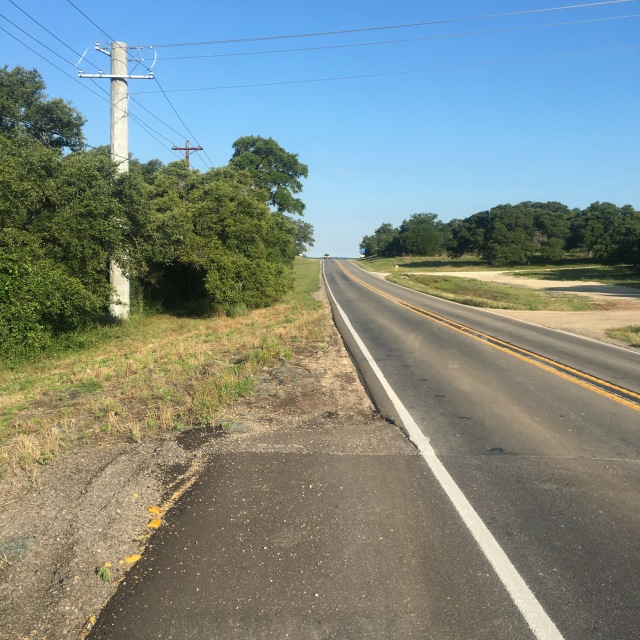 It was a tough stretch. I did a bit of off-roading with the jeep buggy. There was very little shoulder, and lots of traffic.

By midmorning I made it to Rock Dog Campgrounds! It was a nice campground, very cheap, and a hangout for rock climbers and adventurers alike. 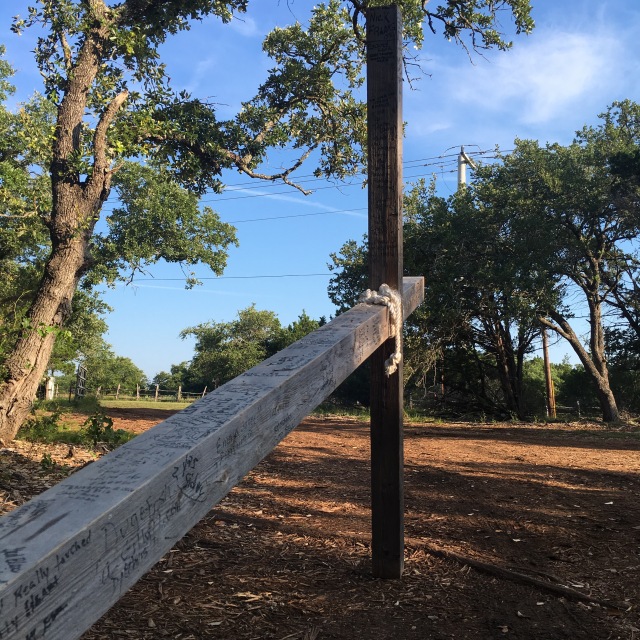 I met up with Mitchell Manning, a 27 year old from Tennessee, carrying a 12 foot cross on his shoulder across the United States of America!

I found out about Mitchell while running with Ernie Andrus back in Crestview, FL. Valerie, a fellow runner that morning, told me about Mitchell. She encouraged me to reach out to him, and we even thought I might catch him. Well I did! 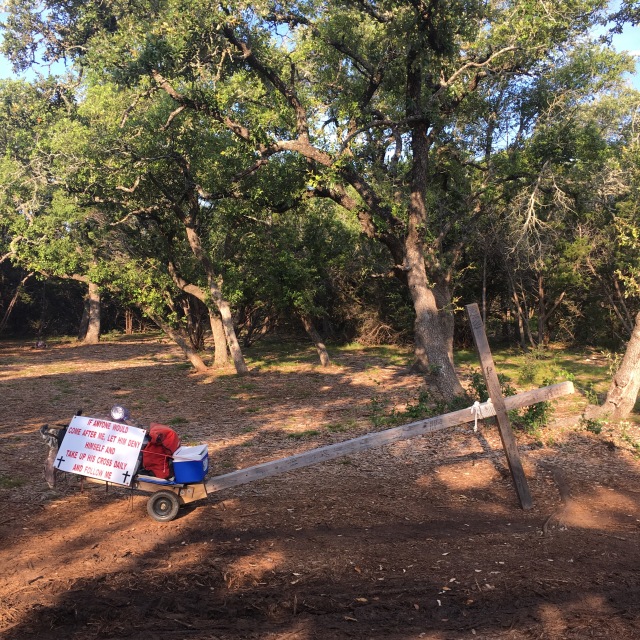 When I found out Mitchell was in Austin, I upped my pace a bit and reached out to him. We decided to log some miles together!

I found a nice shaded spot and set up my hammock. I got in a good nap. I headed down to Mitchell’s campsite and we shared a meal for lunch. We spent the day in rest anticipating an adventure the next day. 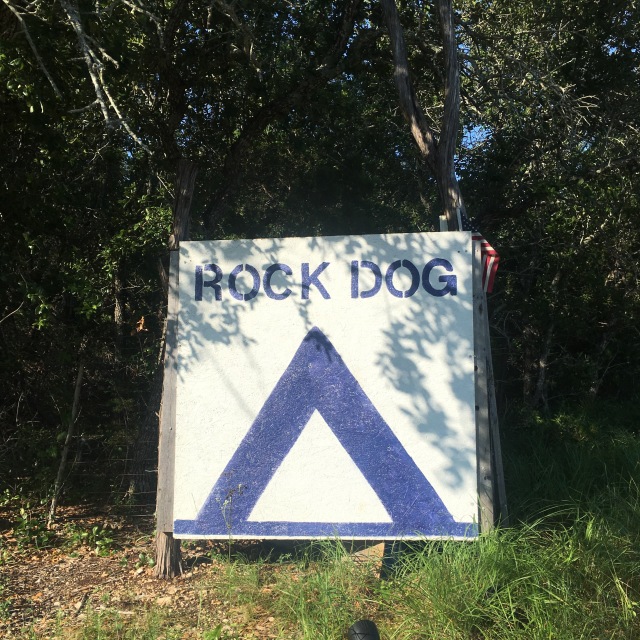 We went for a hike to the creek, trekked down to the store down the road, and shared stories from the road. Turns out Mitchell and I have a lot in common! We both started in Jacksonville Beach, FL, and have been following a similar path.

Mitchell told me he wanted to help spread the Gospel, but wasn’t good at speaking. “If anyone would come after Me, let him deny himself, take up his cross daily, and follow me.” Mitchell decided to be a living example of the Word of God.

We hung around the campfire till sundown. It felt good to be in good company. I rested well.