Day 26
I awoke in the stable and it was cold. I could hear other campers say it was 36 degrees.
Instead of leaving camp as the sun rose, I decided to hide deep within my sleeping bag until the day warmed. Around 8 a.m. the temperature had reached mid 40s. I skipped my morning shower and broke camp.
I doubled back to the east side entrance to drop off my passes at the Ranger Station. Chris gave me a friendly wave goodbye from his office window and wished me luck.
I jumped on the country road towards town. Curtis saw me walking and gave me a beep. Just a few moments later, Rob and Barb drove by in their RV waving and hollering out the window. It was funny! Just the send off I needed.
I reached town by 10 a.m. and needed to charge my phone. I also needed to catch up on journaling and upload photos. I hung out at Wendy’s and bought a couple things from the 99 cent menu. I always try to make a purchase when using wifi and electricity. I caught up with friends and family. By the time I had a full charge and was ready to go it was 3 p.m.

I decided on a quick an easy day. Cottondale was 9 miles west of Marianna. It felt really good to be back in motion on the 90. I had to settle with the thought that I had two extra days of rest and missed out on mileage. I had hoped last week to be in Defuniak Springs.

It took me a few hours to get to Cottondale. After hanging out all weekend, the miles seemed to drag.

I walked the whole way. I took some pictures. 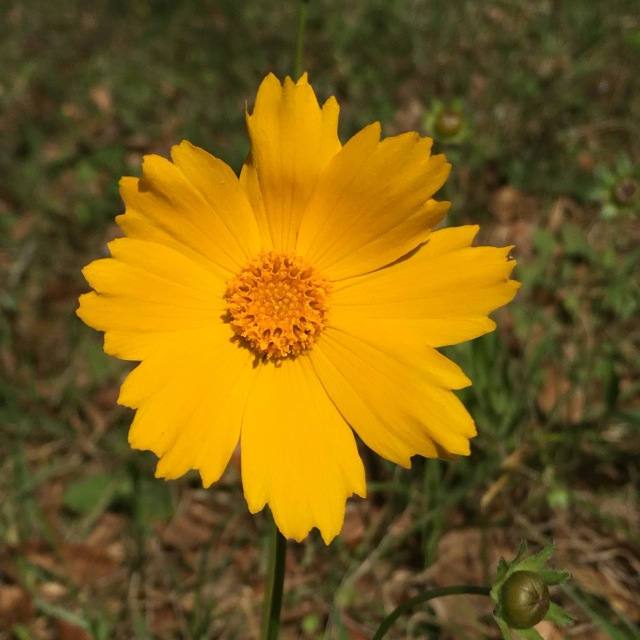 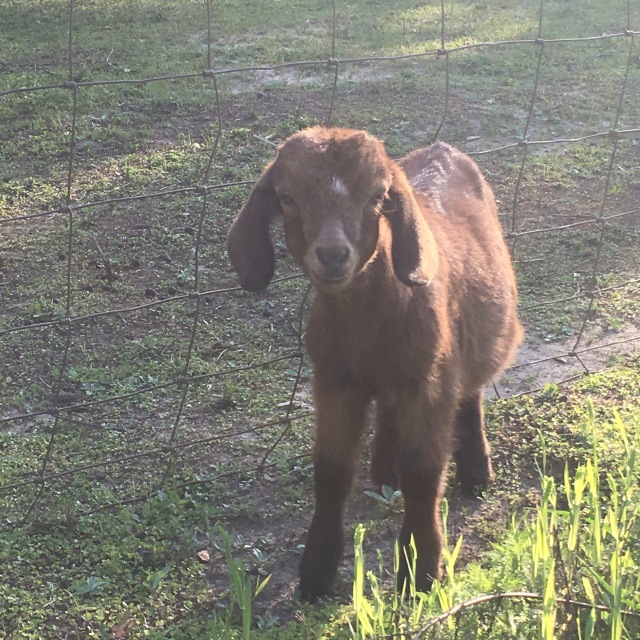 This little goat managed to escape its fenced enclosure. It wouldn’t go back in and kept avoiding me!

Arriving in town, I was not sure where I was going to stay. I met a man who was stuck in town. Didn’t catch his name. I offered him some medjool dates. He accepted and went on his way.

I headed to the First Baptist Church in town and saw two cars parked outside. I put in a voice mail to the pastor asking permission to camp on the property. With no response, I decided to check inside the church.

I heard live music being played. I listened from the hallway and during the break poked my head in. It was Anthony and Nolan jamming out! They have been practicing for Easter. I introduced myself and told them I needed a place to camp. They helped me out so much!
Anthony put in a call to Pastor Jack and I received permission to camp. He wrote me a note detailing the permission granted in case the police showed up. It was supposed to dip down into the 30s again. Anthony and Nolan looked for blankets in the youth building and managed to find me two towels to use. It was the insulation I needed for the hammock.
Nolan has been studying to be a minister at a school a few miles outside town. He is a hammock camper himself and gave me a nice pair of hammock straps and a dry bag!

Anthony is the music minister at the church. He is married to his wife Laura. He gave me his sweatshirt and some water bottles! We all shared a quick prayer and Nolan left to catch up on homework.
Anthony and I took a ride into town and he bought me dinner: fried chicken and french fries with bbq sauce. We brought it back to the youth building and chatted as we ate. It was really good!

Anthony soon left to work his night job and I retired to my hammock. He told me if I needed anything at all to call him and it would be arranged. I fell asleep feeling so thankful for everything.