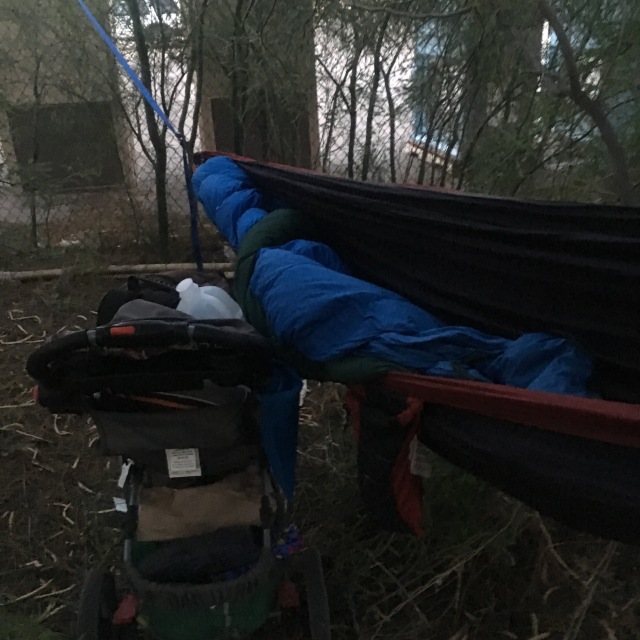 I awoke at 5:30 a.m., just before sun rise. I broke camp and repacked the buggy. I started moving. 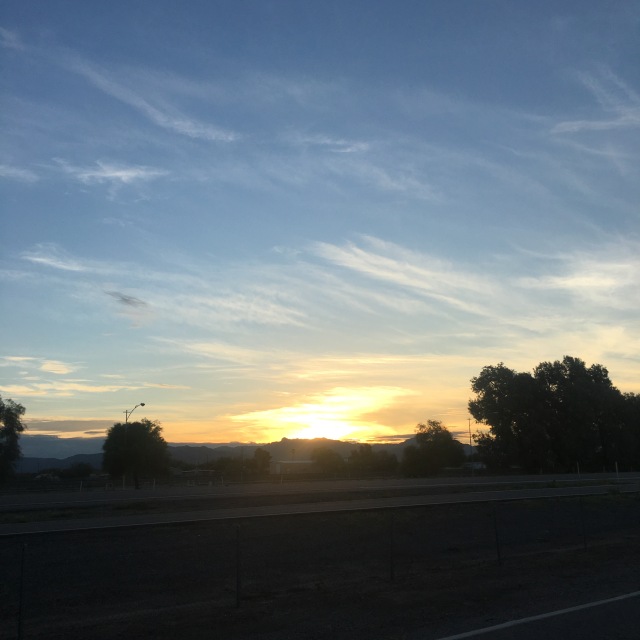 I watched the sun rise. 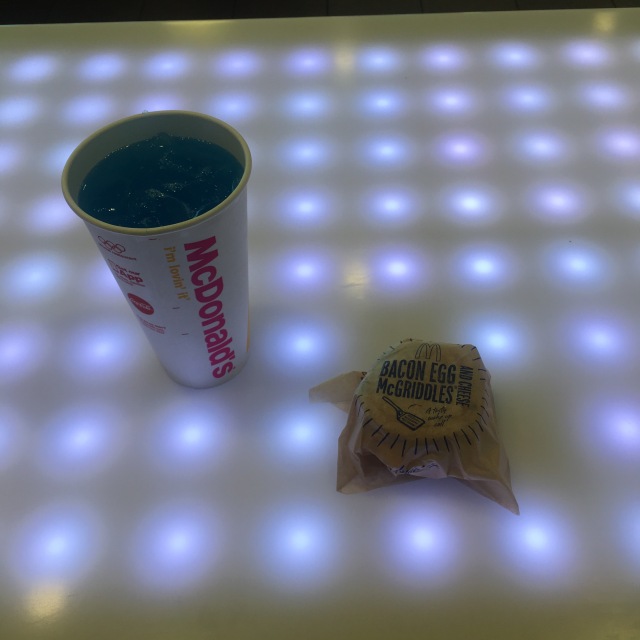 I made it to a Mcdonalds and ate a Mcgriddle and drank powerade. I hung out for a little bit. I was waiting for the Family Dollar to open down the road. I needed to stock up on food for the road north. 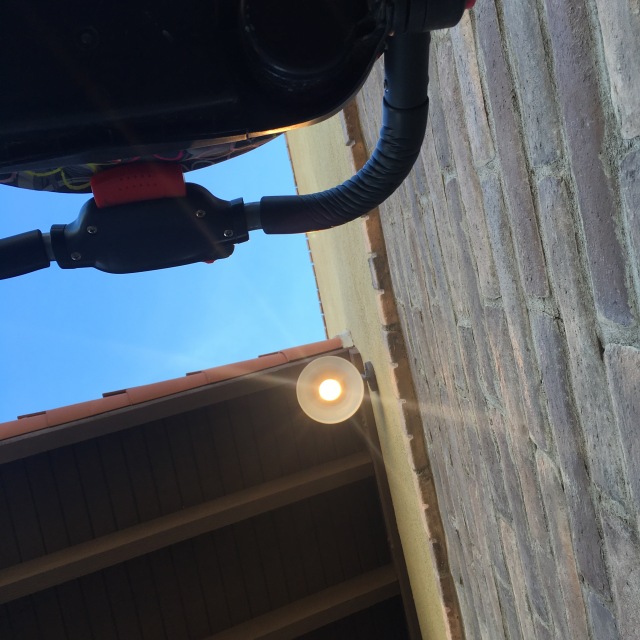 So I did! I bought a a few more liters of water, a pack of powerades, a few cans of chef boyardee, pop tarts, and some oreos. Family dollar isnt exactly the best place to go food shopping, but it was the only place in town. 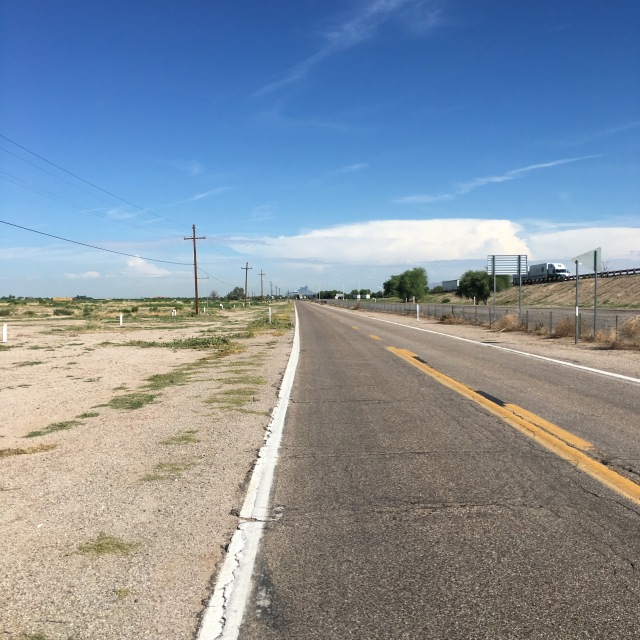 I hit the road. Frontage road. The only problem was, there were two roads on each side of the interstate. I took the wrong one. I ended up reaching a dead end after a few miles. : ( 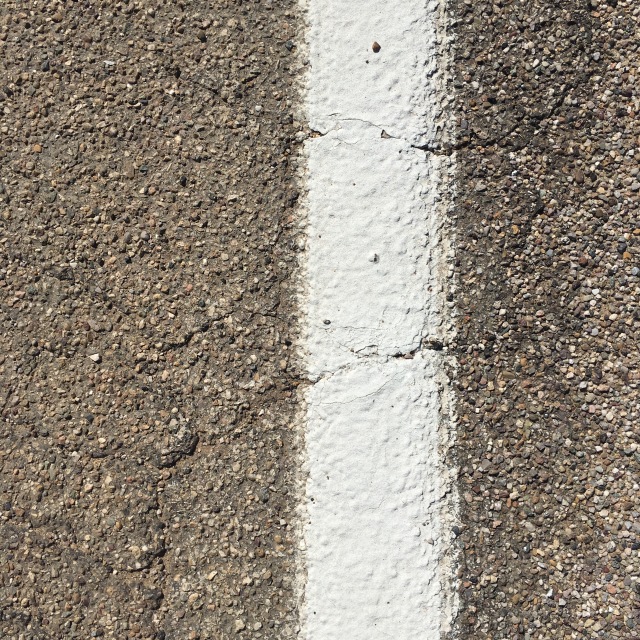 It was a tough blow. I thought about crossing through the cattle guard and over the interstate, but there was just too much traffic. I doubled back to town. It cost me about 5 miles, and an hour and a half of time. It was late in the morning. 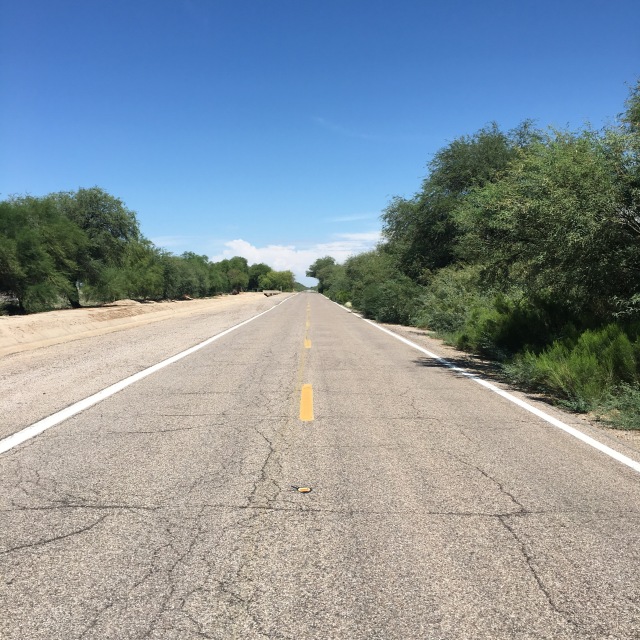 By the time I made it back to town it was hot! I crossed under the interstate and found the right road. Plenty of shade. I started chipping. 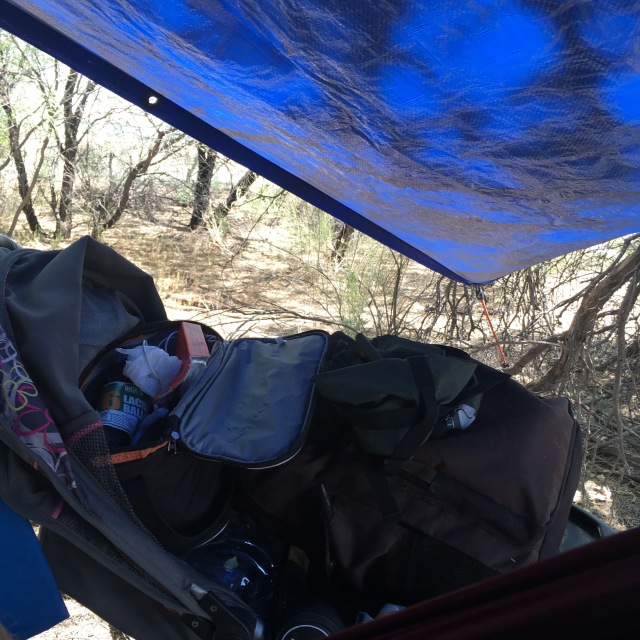 Just past 11 a.m., I stopped for a siesta. I set up my hammock between some thinly shaded trees. I used a tarp to reinforce the shade. It worked great! 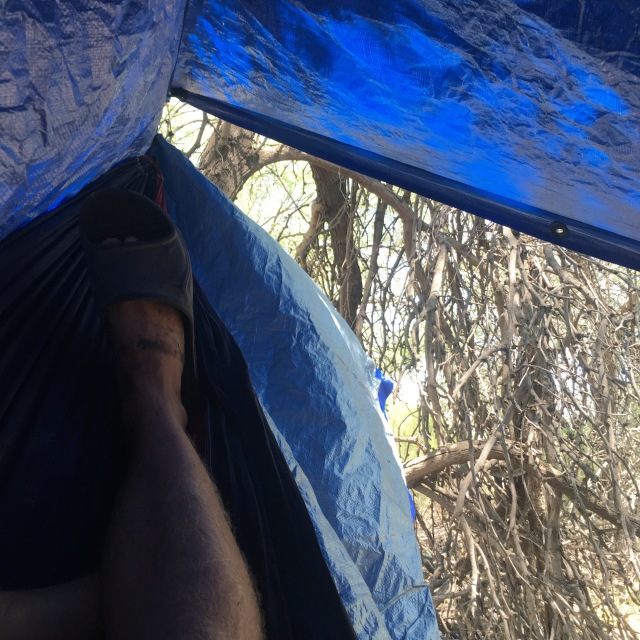 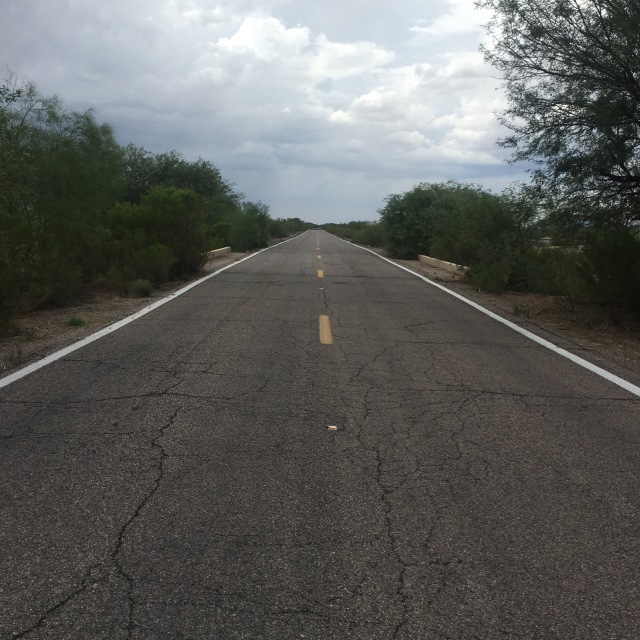 Just passed 2 p.m., I hit the road. It was cloudy. The shade was nice. 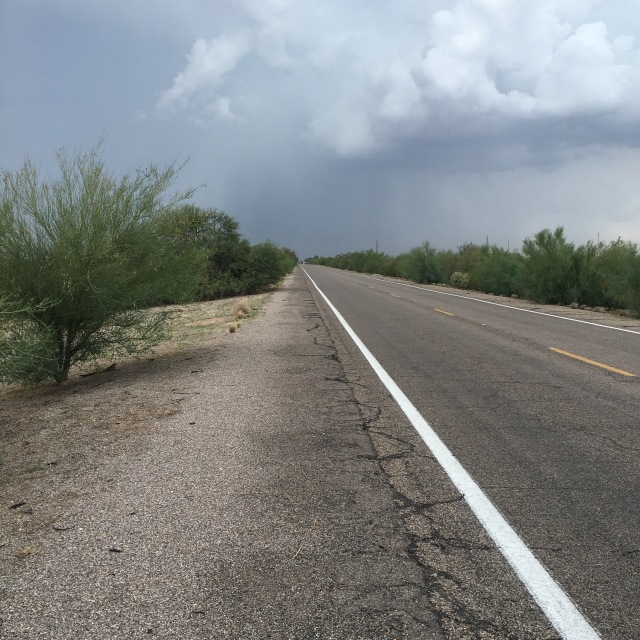 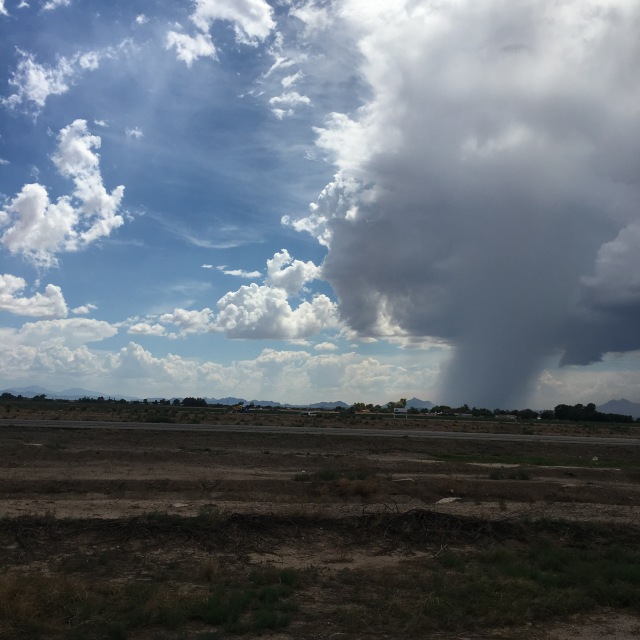 It started to storm just up the road! Fortunately, it was ahead of me, and was headed northwest at a much faster pace than me. I watched the lightening and the dust clouds from a safe distance. I kept moving. 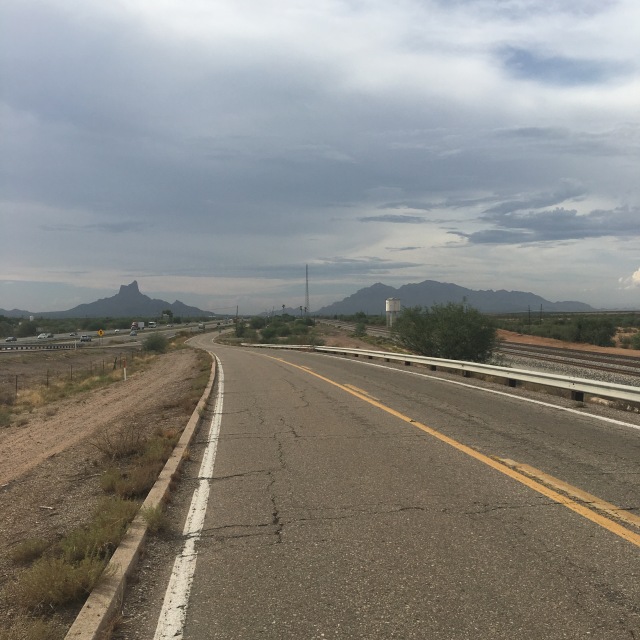 It cleared, and I kept chipping away: 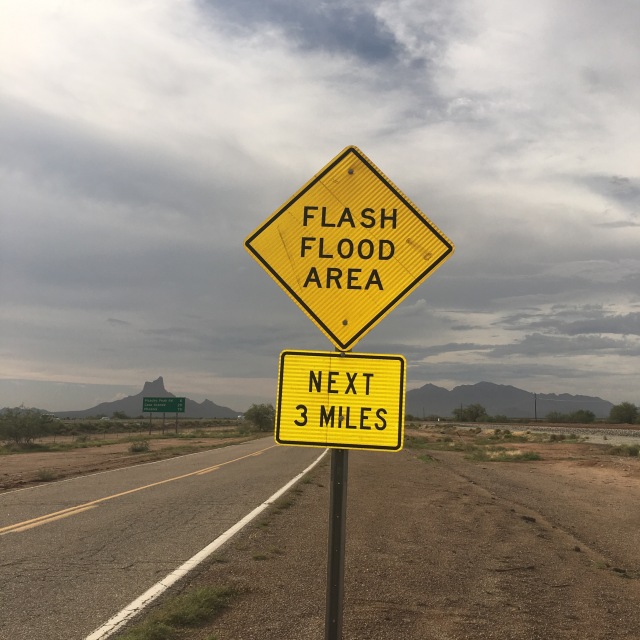 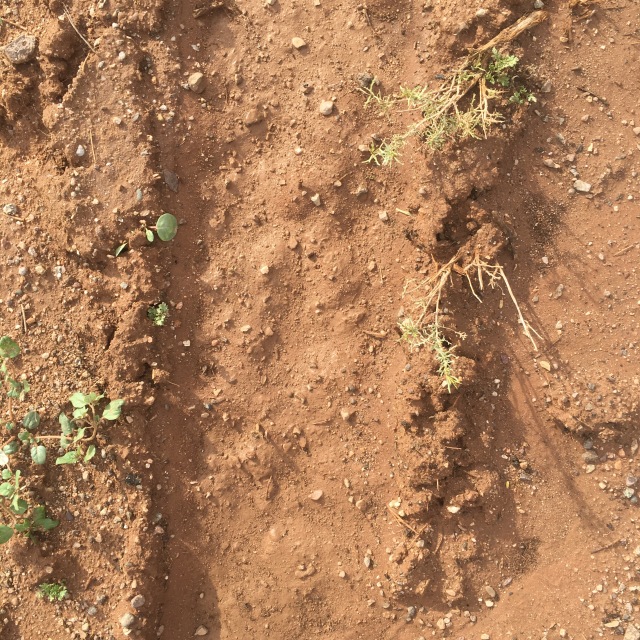 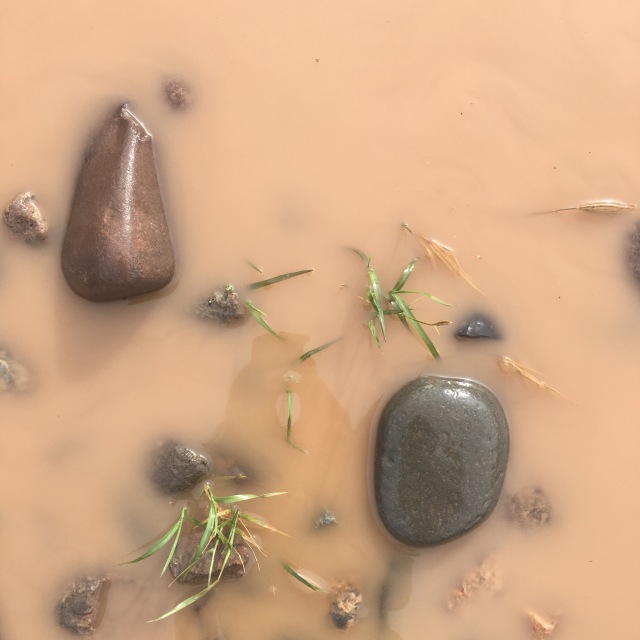 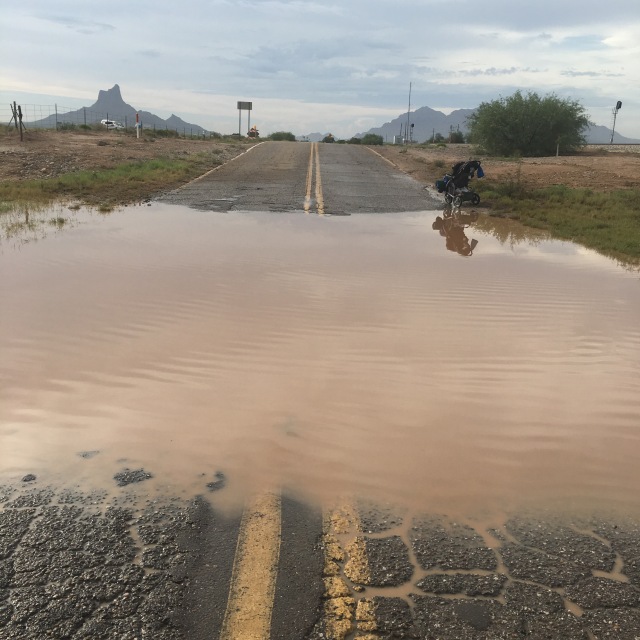 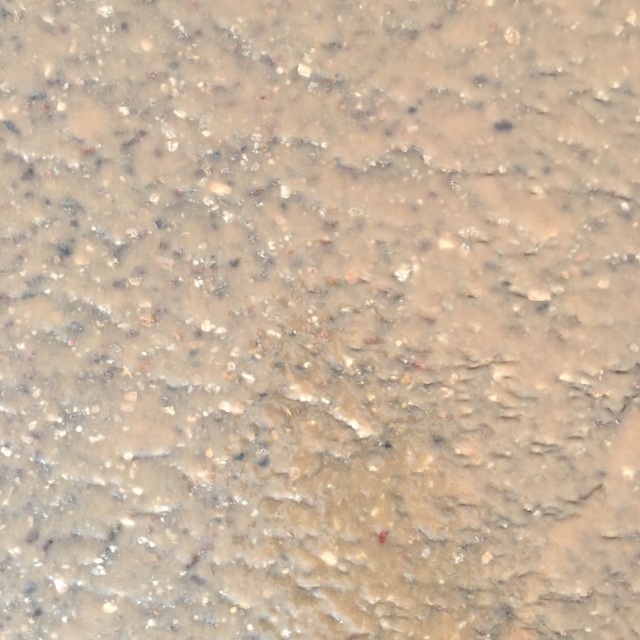 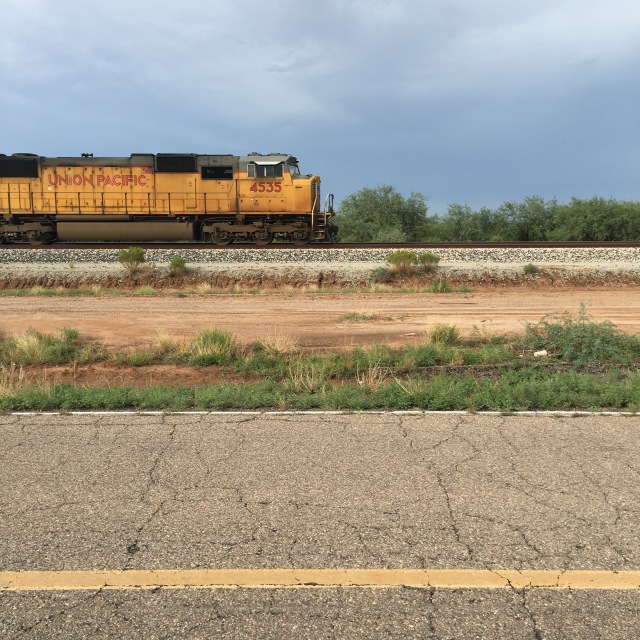 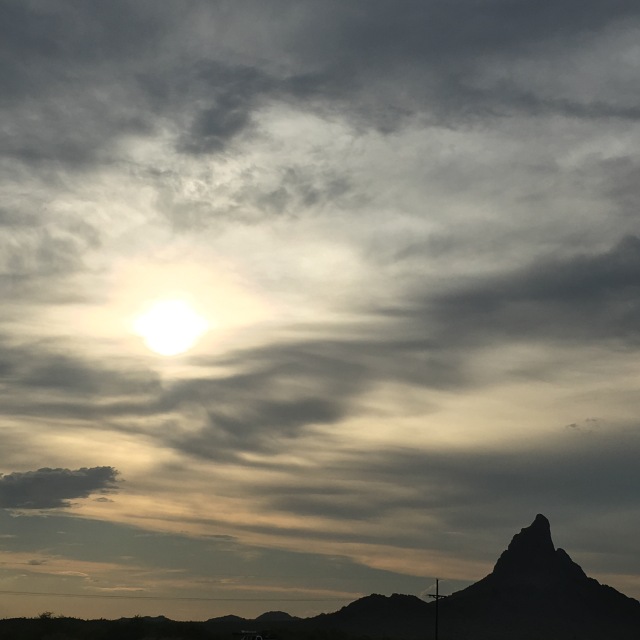 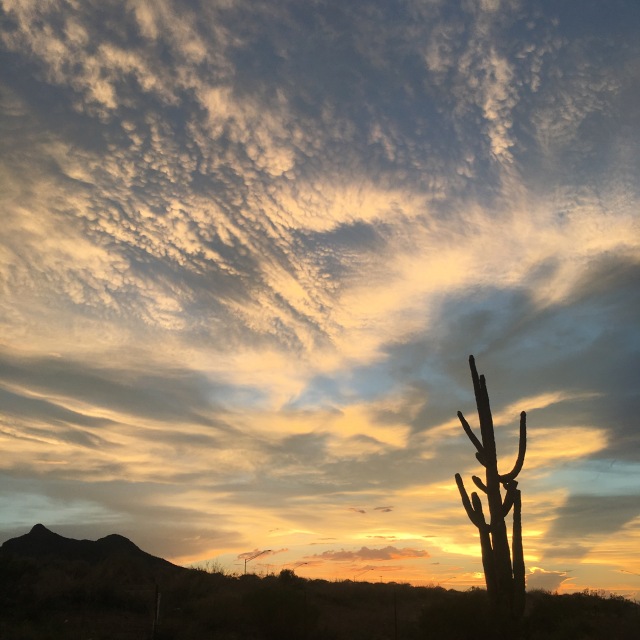 I made it to a truck stop and and watched the sun set. It looked beautiful all around: 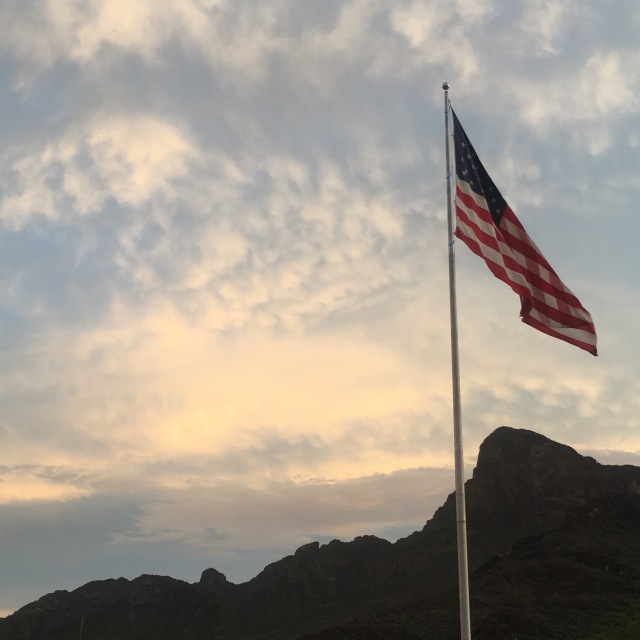 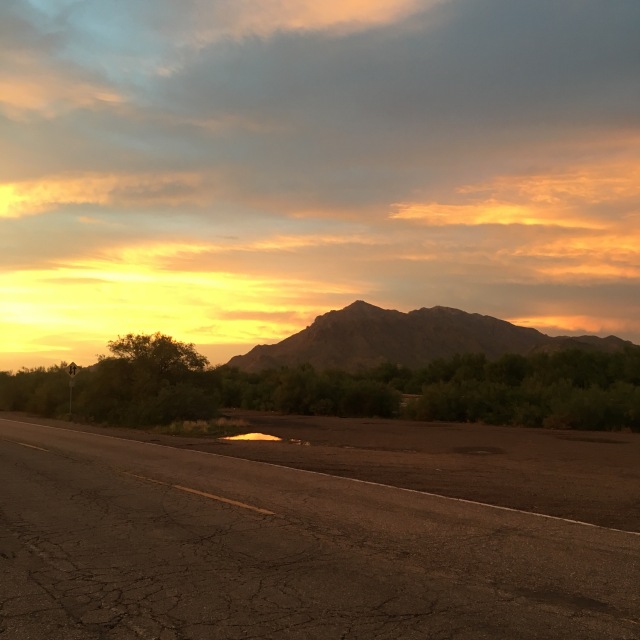 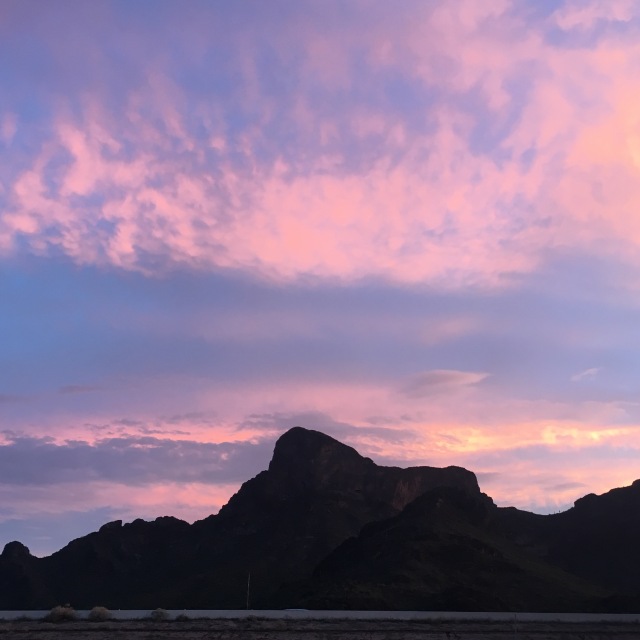 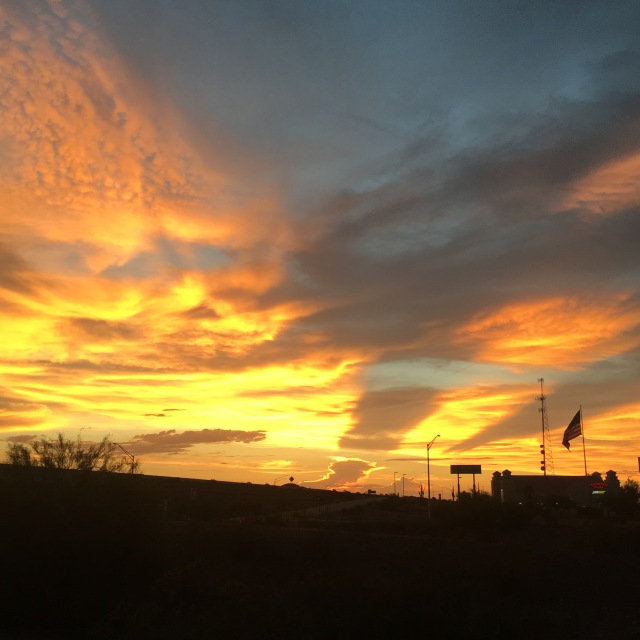 I ate a sandwich at a DQ and drank some lemonade. 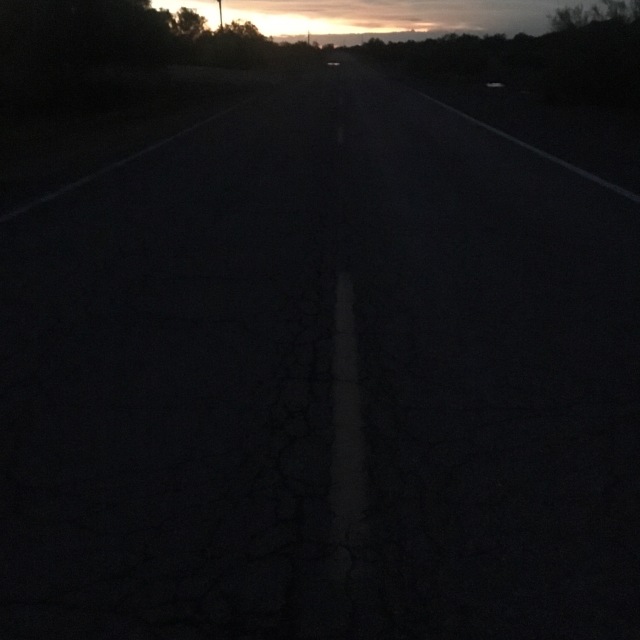 Fueled up, I headed off into the night. 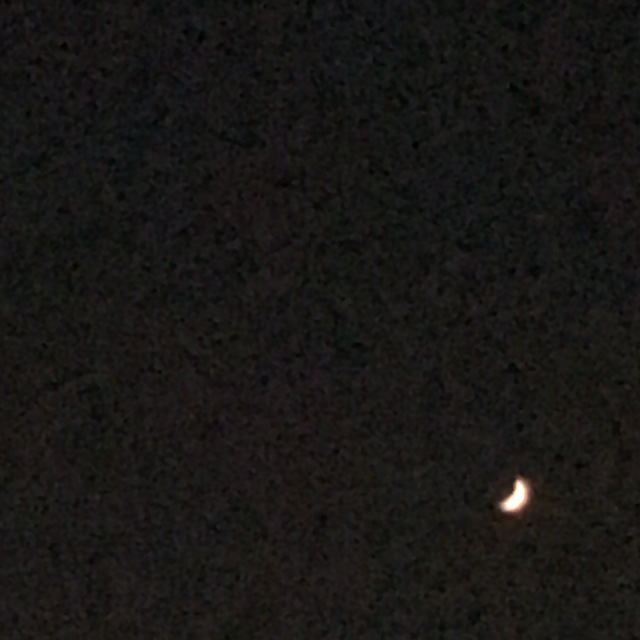 Around 11:30 p.m., I found a couple of trees 50 yards or so off the frontage road. I set up camp. Mosquitos woke me up off and on throughout the night. There must have been an irrigation channel or something around. 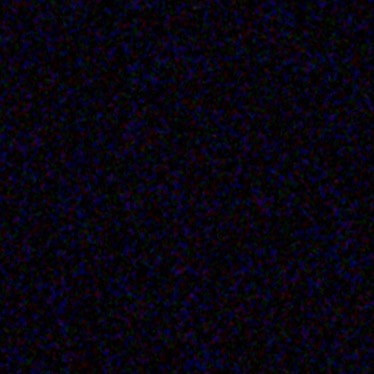 The milky way was above me! I haven’t seen it much since western Texas. I was just far enough from both Tucson and Phoenix to get a great view.