Day 82
I rose before the sun, dismantled the fort, and broke camp. I joined Highway 90. I made it to a Chevron and bought a lemonade and a biscuit. I plugged on my phone to charge and chatted with the woman behind the counter. 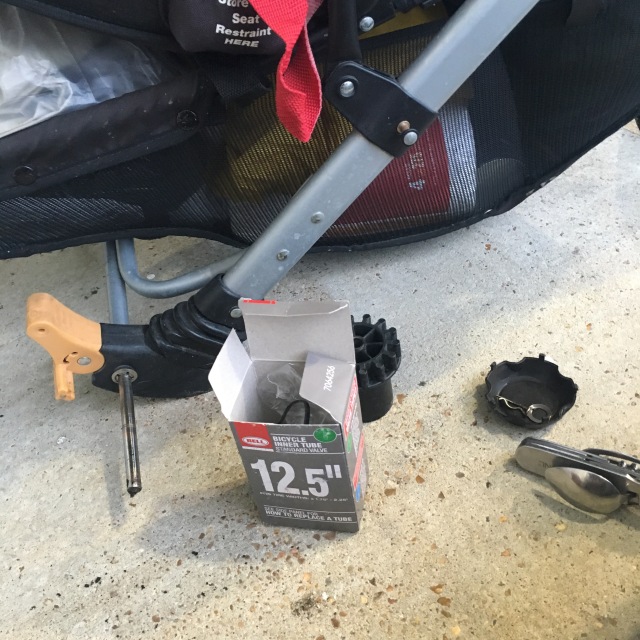 I changed the inner tube to the tire that went flat, brushed my teeth, and waited for the sun to rise. I hit the road. 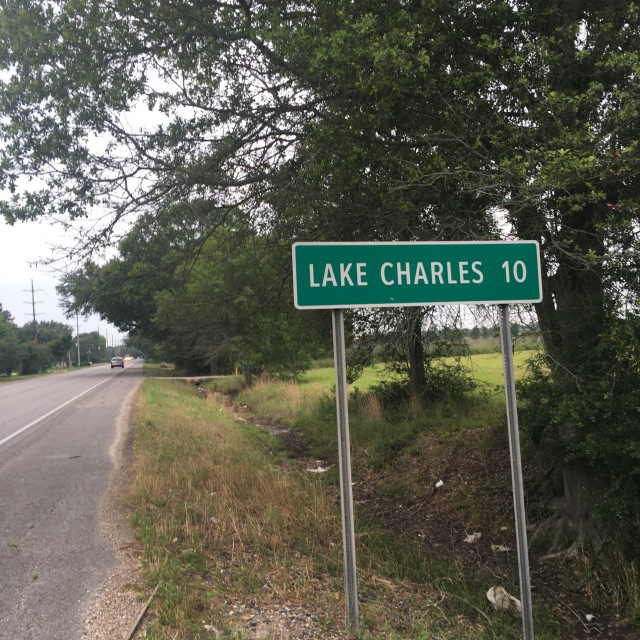 I was 1o miles from Lake Charles. It was a beautiful day. 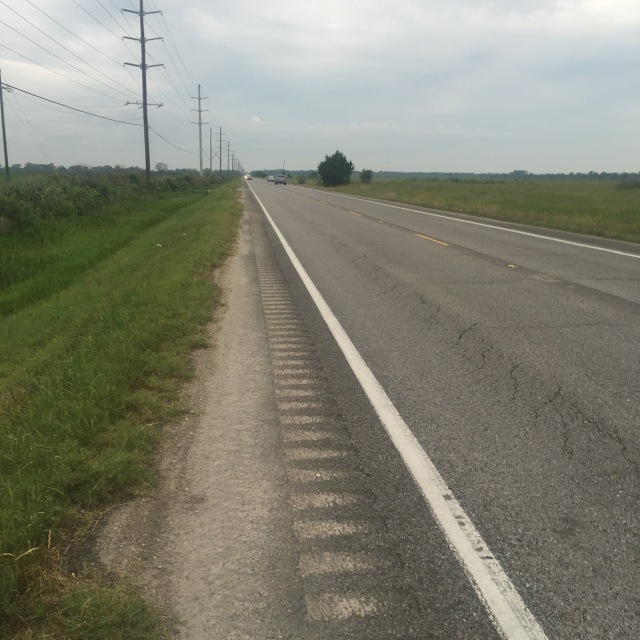 I gained shoulder! I was so happy, it makes travel so much easier. I kept a steady pace and kept knocking off the miles. 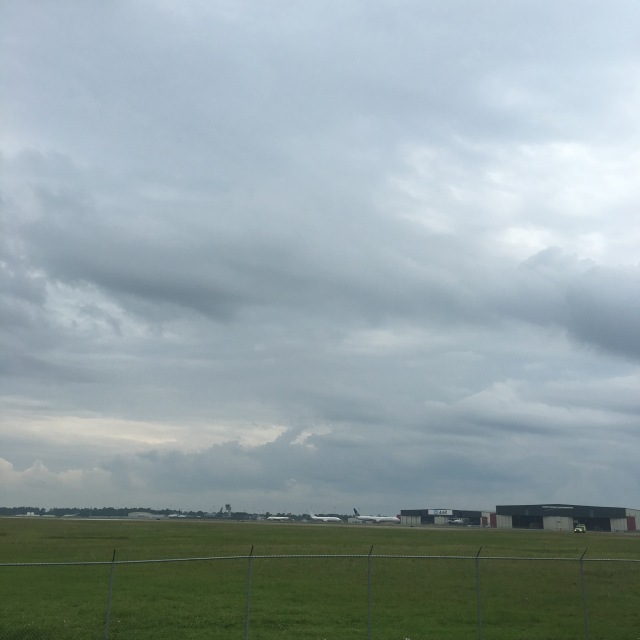 It was cloudy, with a good chance of storms later that day. 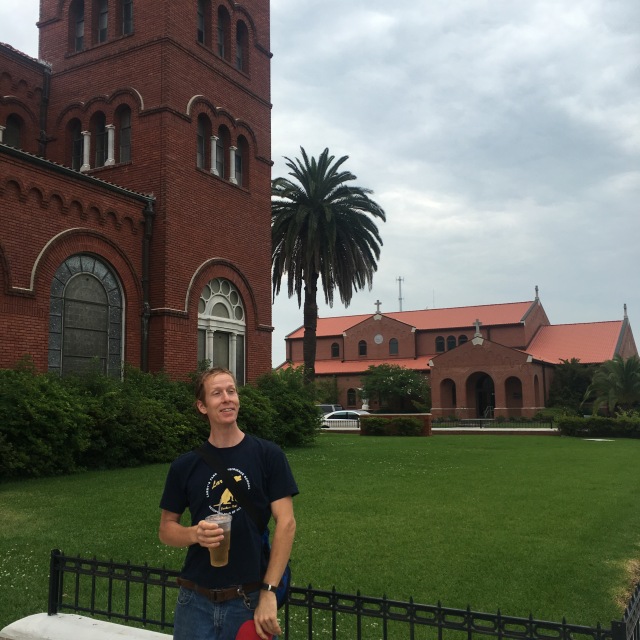 Danny outside the cathedral

4 miles from downtown, I met Danny! He was hanging by the bustop. He thought I was a mom pushing a baby, haha! We talked for a bit and Danny decided to come to Mass at the Cathedral.
Danny has been living off the grid for 2 years in Lake Charles. He is originally from New Orleans and hopes to be a teacher. We talked about all kinds of things on the trek into town. One time he ran out of gas in St. Mary Parish, LA. He just decided to start walking with no plans of what to do. He met a lot of nice people, and the sheriff’s department helped him out and filled up his tank! 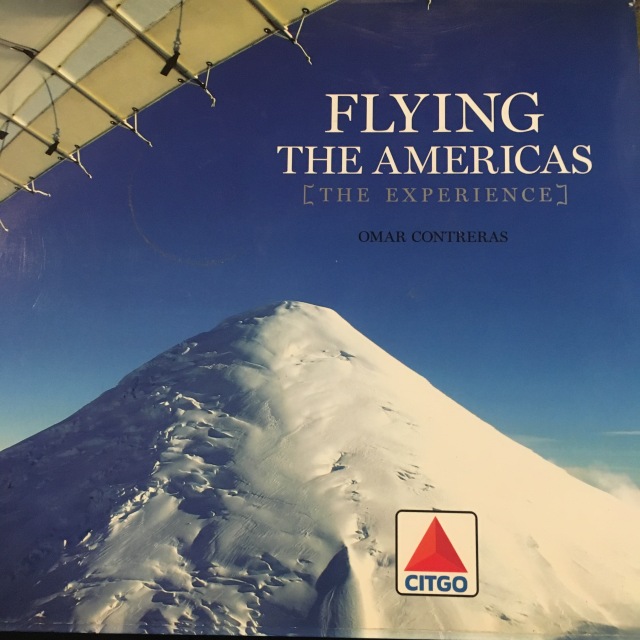 We headed to a coffee shop and Danny bought us iced tea. We read interesting books. It was great! Danny knew a lot about the Lake Charles area, he was kind of like a tour guide! 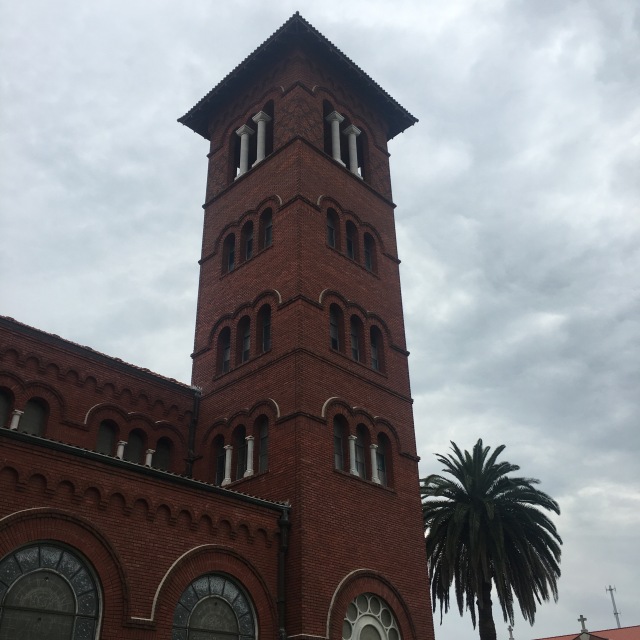 We headed to the Cathedral of the Immaculate Conception. 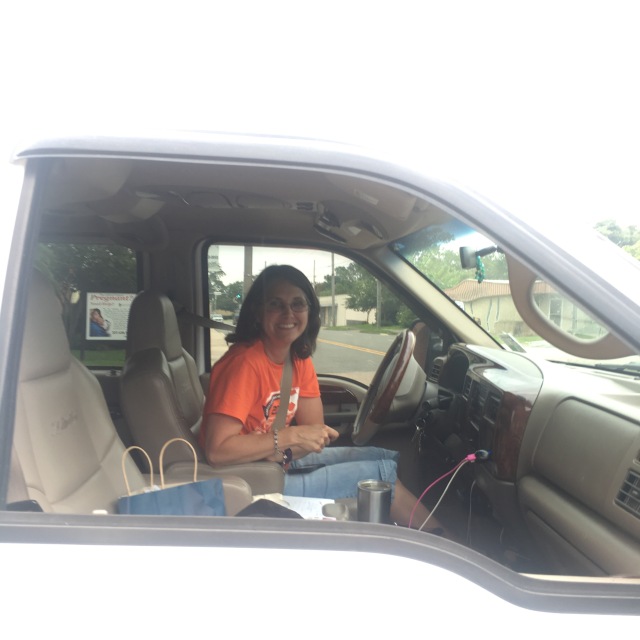 Shila pulled over on the roadside and recognized me. She asked me if I was the “mercy guy” haha. She gave me a donation, and then drove off! 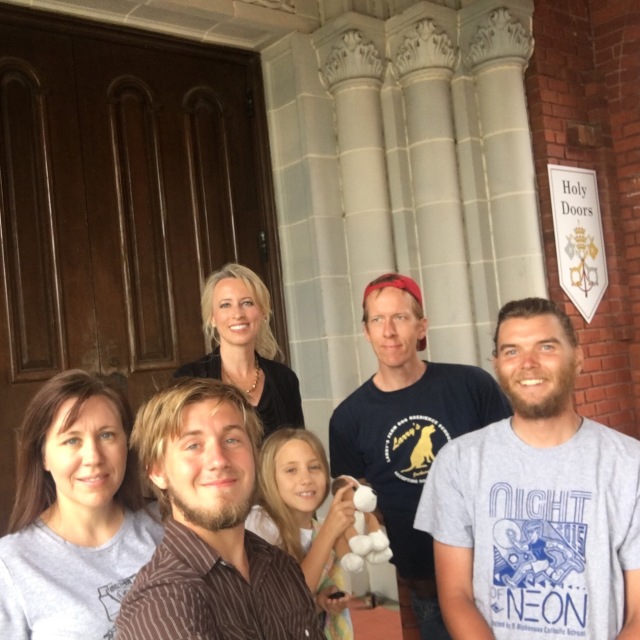 I met up with Lana, and her children Kevin and Cami! Lana had messaged me on Facebook and offered to buy me lunch after Mass. She is from the Lake Charles area, but had never been to the cathedral. Kevin just graduated high school. Cami came up to me, gave me a hug, and told me she loves God! She was really sweet, and gave me a flower she picked! (if you are on Instagram, follow “banditlovesellie” ) 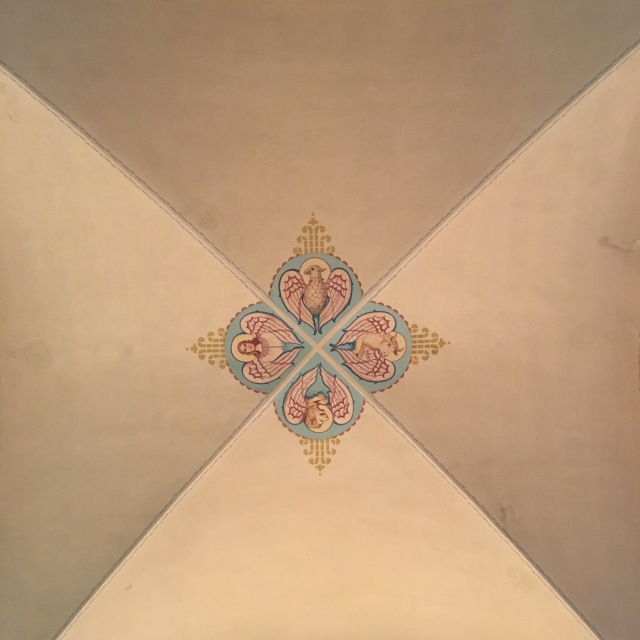 The Bodin family visited Italy last November, and visited all kinds of holy places! Lana’s friend Joni also joined us! The gang all headed in for Mass. 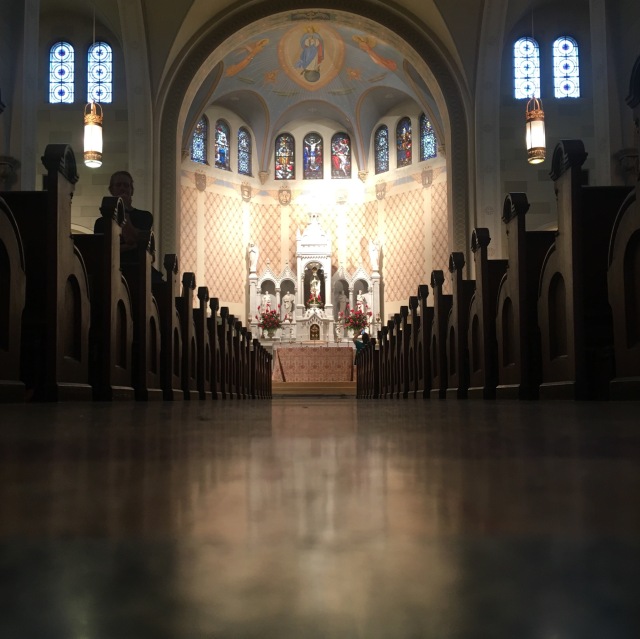 After Mass, we passed through the Holy Door and hung out in the courtyard. We headed to a really nice restaurant called 1901. Their burgers were great! 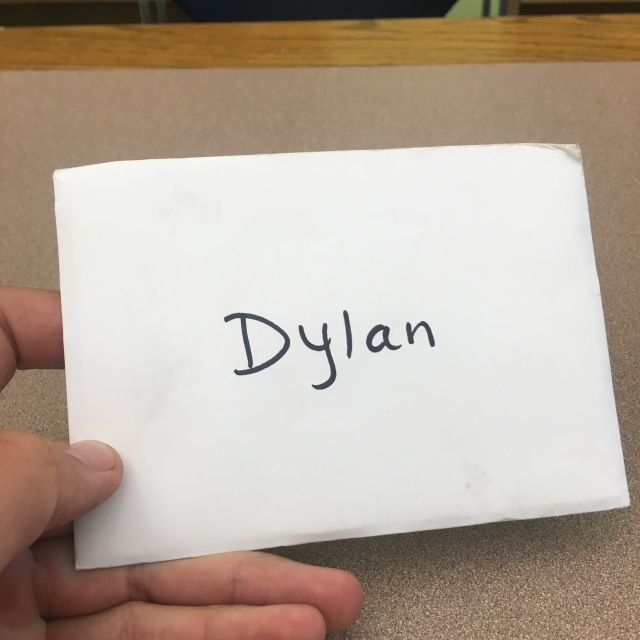 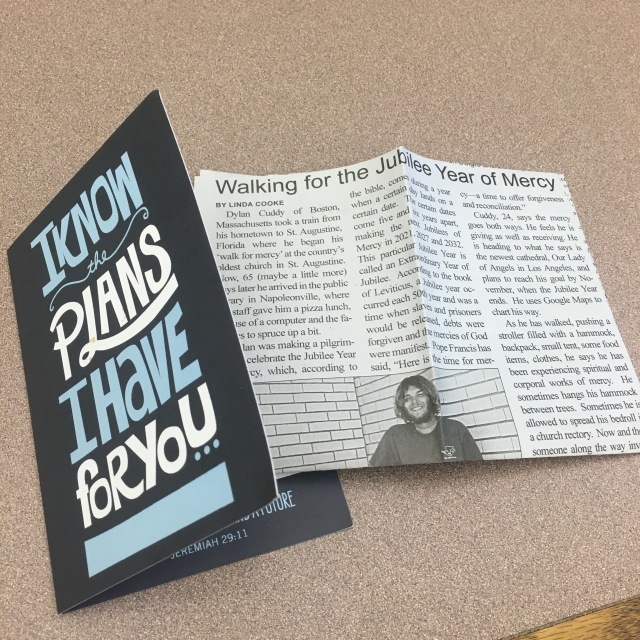 Turns out, Joni is originally from Napoleonville, LA! She just recently moved to the Lake Charles area. She knows John and Jo, Jessica, Fr. Cruz, and a few others I met at the healing Mass a few weeks ago! Such a small world. Even crazier, she handed me an envelope with a card, a donation, and a newspaper article written about me from Napoleonville. She told me she had heard about me, and then next day this paper was delivered. Crazy! 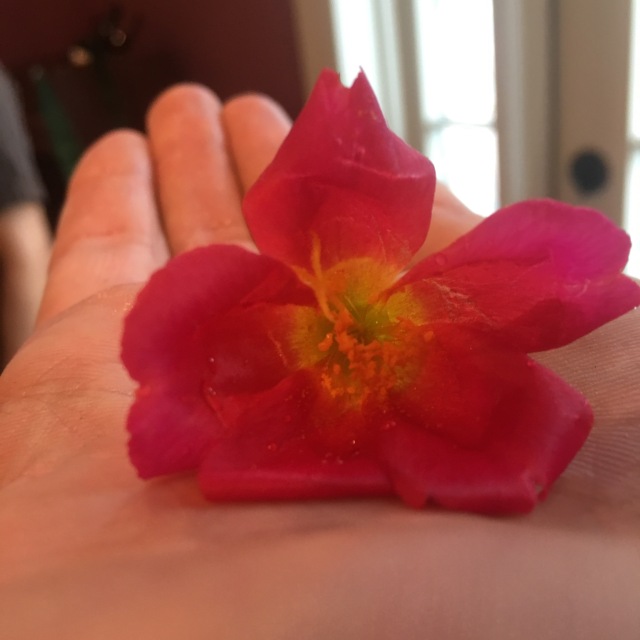 It was a good time, and it felt good to be among friends. We discussed the journey, and how exactly I would be getting over the I-10 bridge into Westlake. Danny used to work for the DOT, he told me it was dangerous, but still legal for pedestrians to cross the bridge. He told me the best time to do it would be the middle of the night before the morning rush.
After lunch Lana made a donation. We doubled back to the cathedral and parted ways. 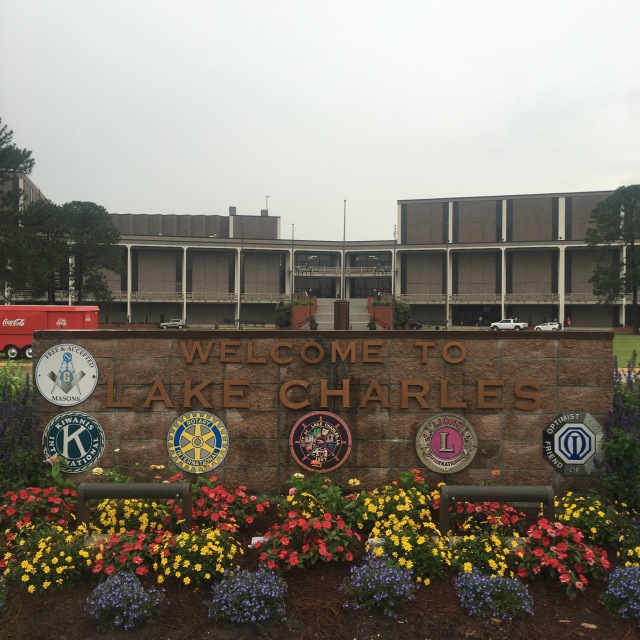 It was raining. I headed over to the library to seek shelter. I was also able to upload journal entries and pictures per usual.
I called Kevin, who works with the Sheriff’s department. He is a friend of Joni’s! We discussed the various routes I could take to get into Texas. Kevin offered me a ride across in a truck. It was very nice of him, but I told him my plan to try and cross at night. There were alternate routes, but they would cost me a day or two and it was too late and rainy to choose them.
He helped me out so much! He called the Days Inn located right by the bridge and booked a room for me. He told me he had detail work at 5a.m. the next morning, and would help me get across! 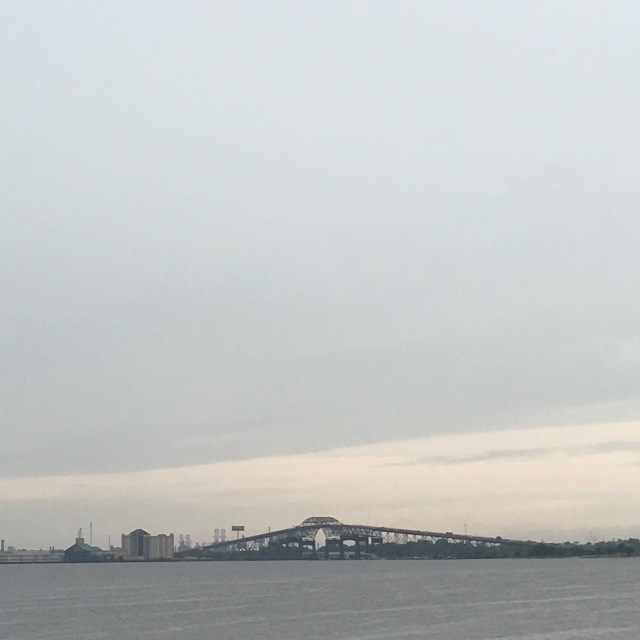 I left the library and headed down by the docks to catch a glimpse of the bridge. 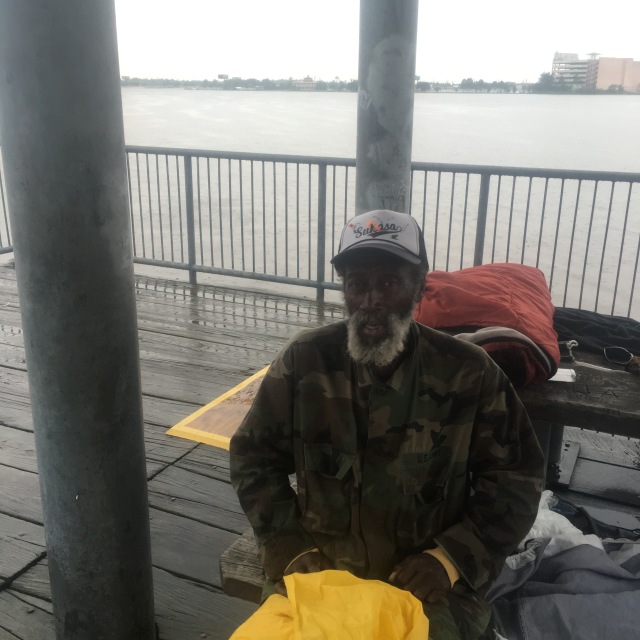 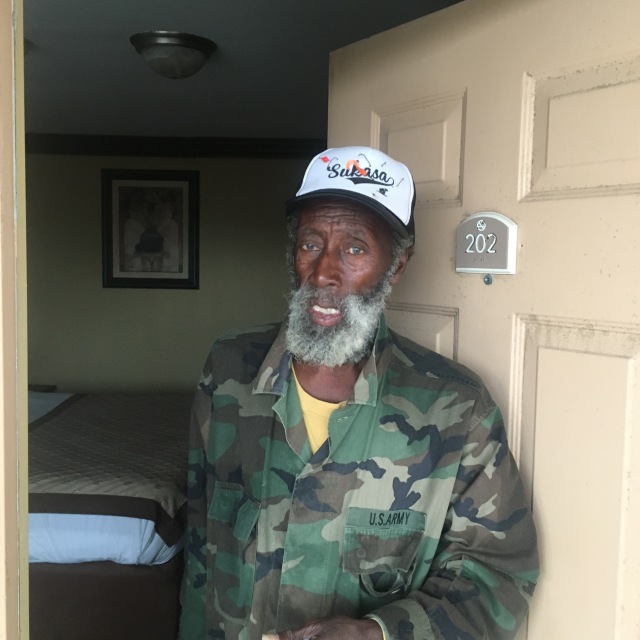 We headed over to the Days Inn, I got Jack his own room, and I also checked into the one Kevin got me! The staff was so nice! Jack was very thankful. He was also very excited to watch t.v. 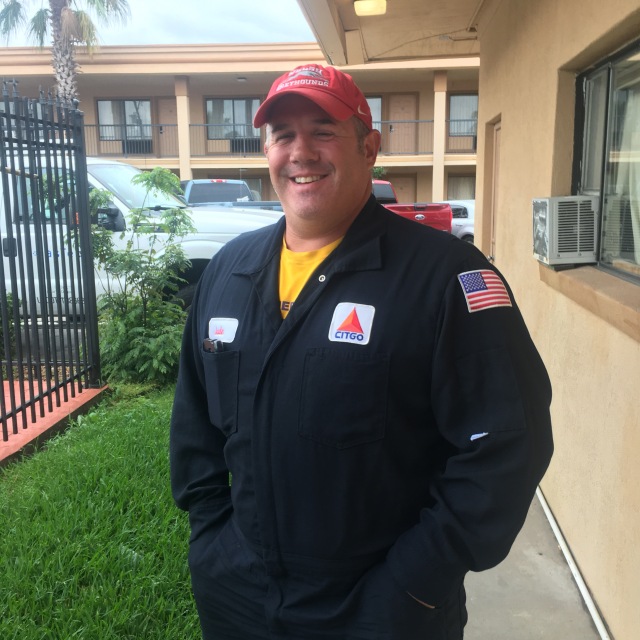 Jude from Welsh swung by! I had left my hat and water bottle in his car. I told him it was ok, but he passed through Lake Charles after work and dropped it off for me! We hung out for a bit, it was nice to see a smiling face!

Jack and I ate really good! There was a seafood restaurant next door. I figured it was Monday, so I got us a few orders of red beans and rice to go. I also was told I had to have crawfish before leaving Louisiana, so we had that too! We ate like kings! 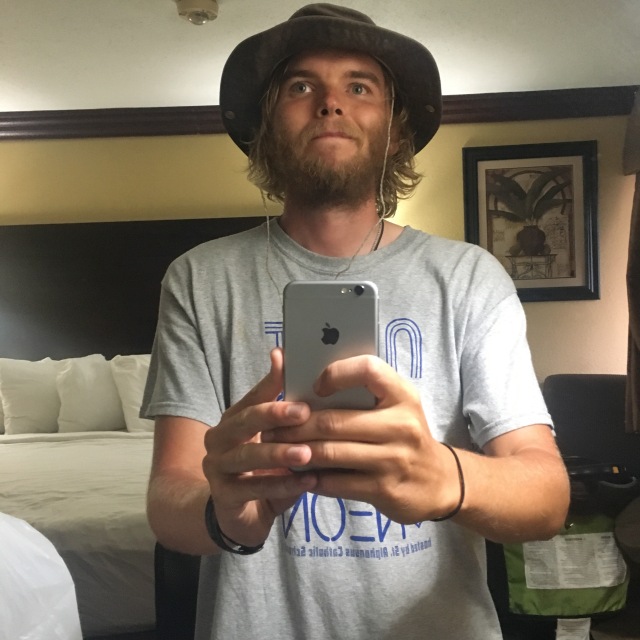 I retired back to my room. I charged devices and chatted with my sister Jen on Facebook messenger. I looked forward to rest. I was also happy to have this hat back. John from Lee, Florida gave it to me. Seems like a long time ago!