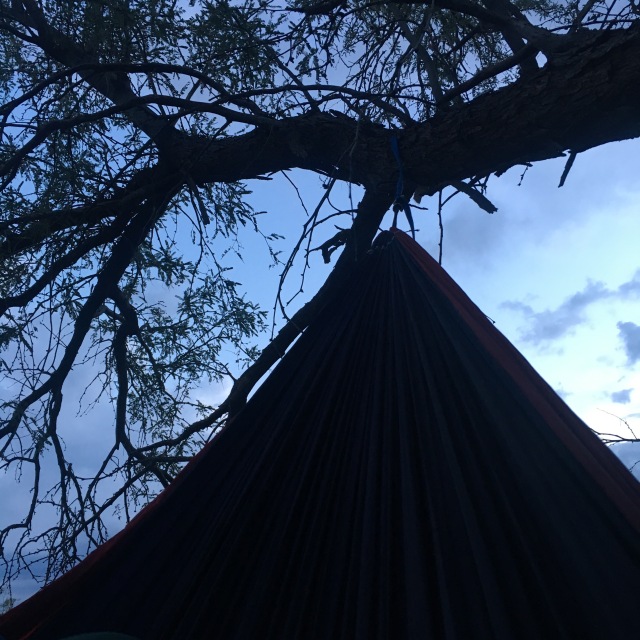 I awoke in the desert in Tucson, TX. I was 10 miles from downtown. 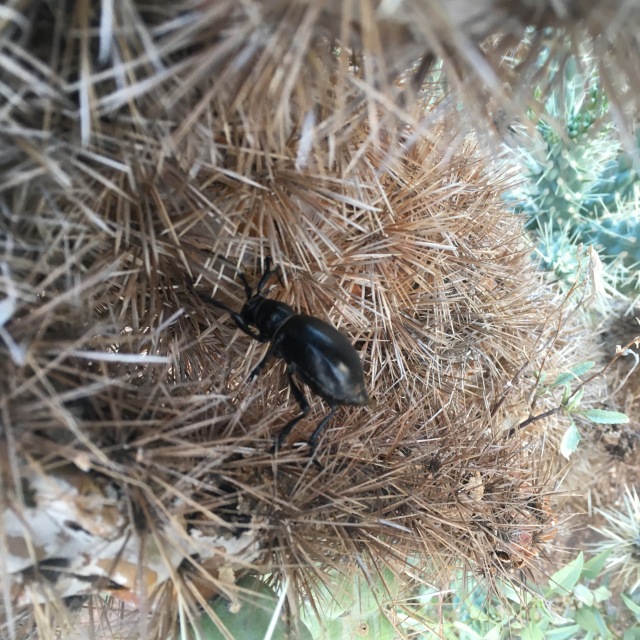 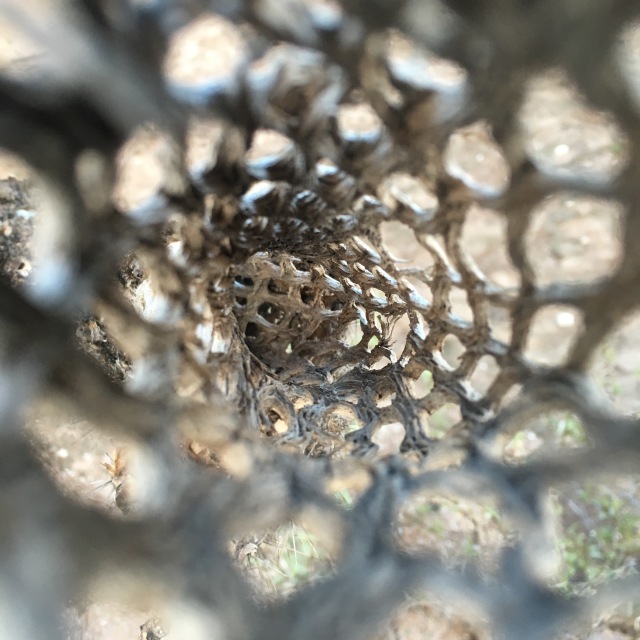 I took in my surroundings. 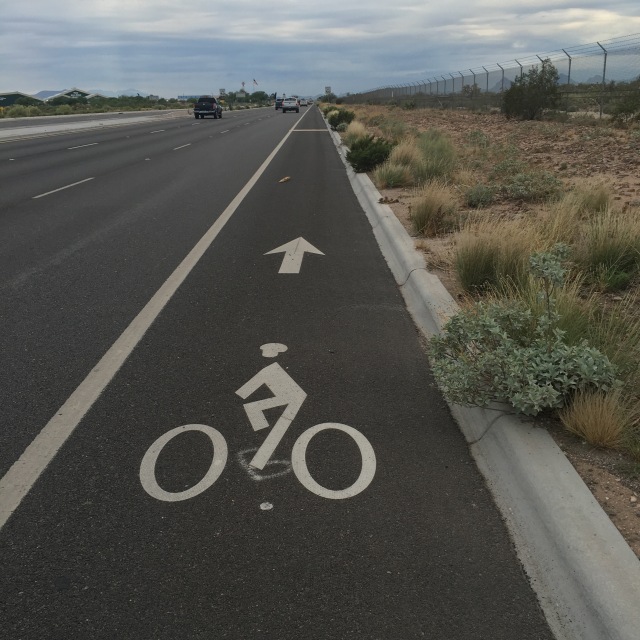 Repacked the buggy, and hit the road. 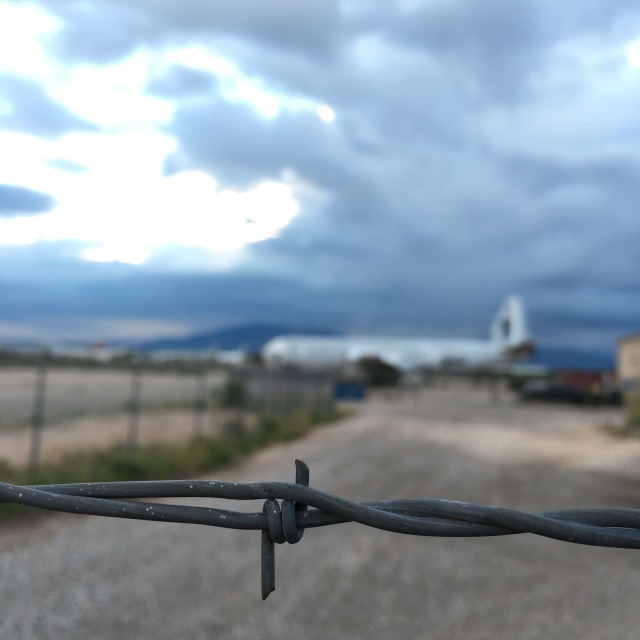 Out past the boneyards and junkyards. It rained: 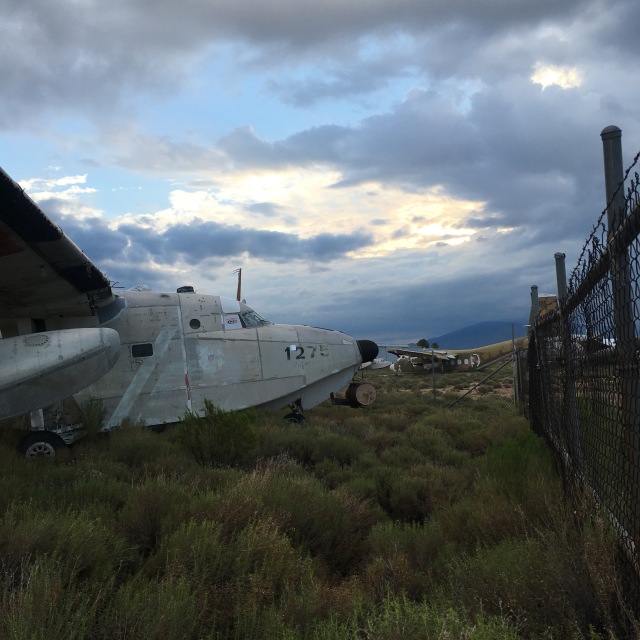 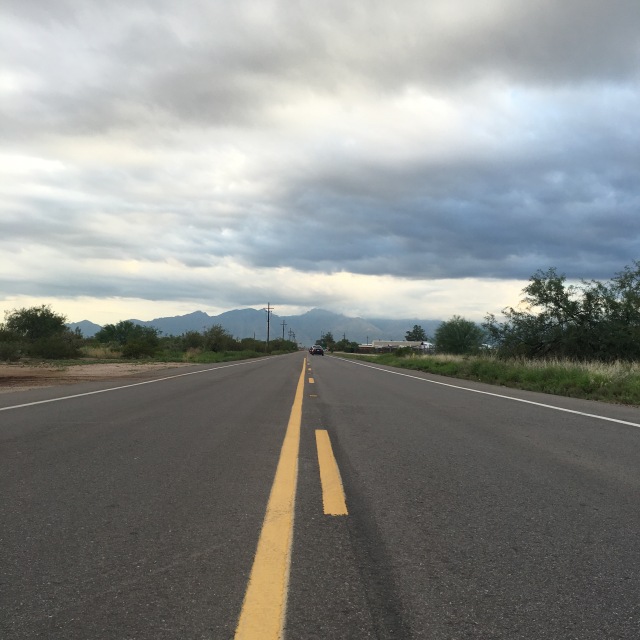 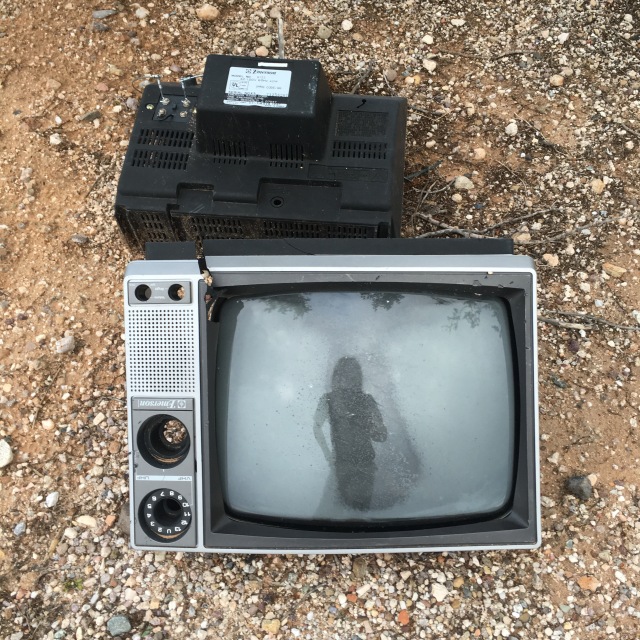 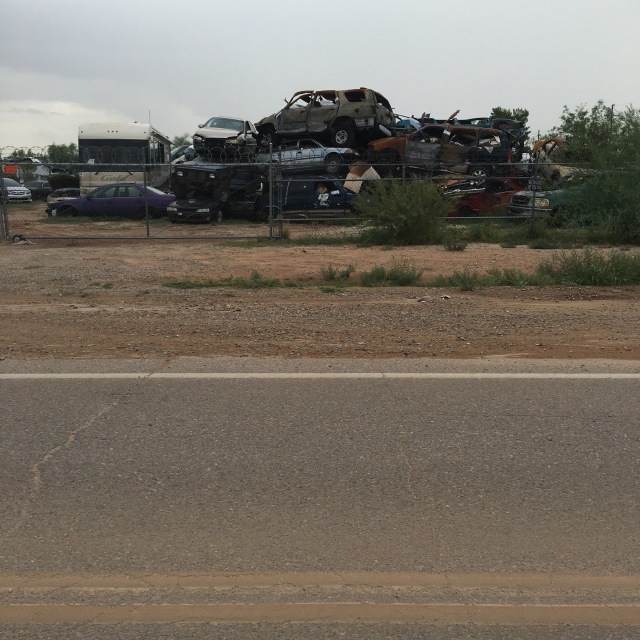 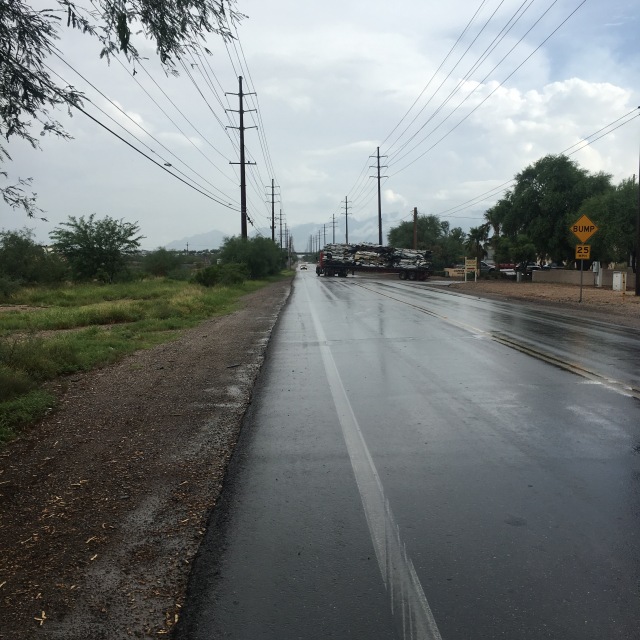 There was a woman walking along the road in the drizzling rain. She was kind of just wandering around. I asked her if she needed any food or water, and she did! I gave her some beef jerky and a gallon of water. 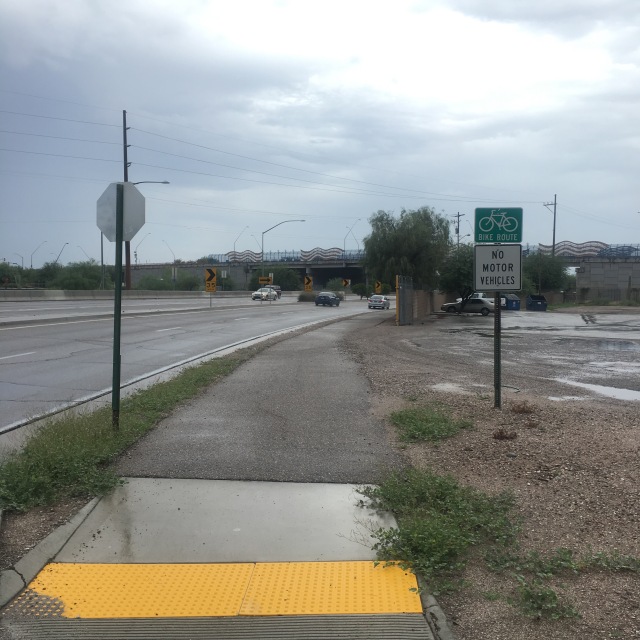 By 9 a.m. i had made it to a really nice bike path. It would lead me all the way downtown. 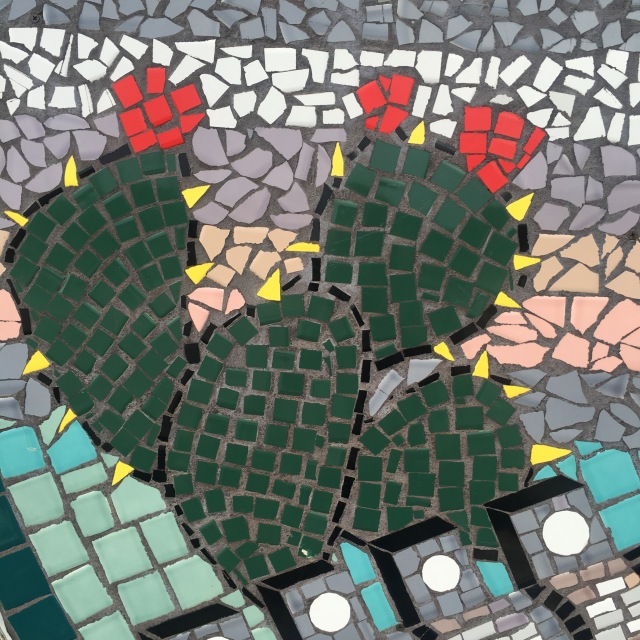 I found and Mcdonalds and had a quick breakfast. I was really there to charge my phone, but they had no outlets for public use : ( 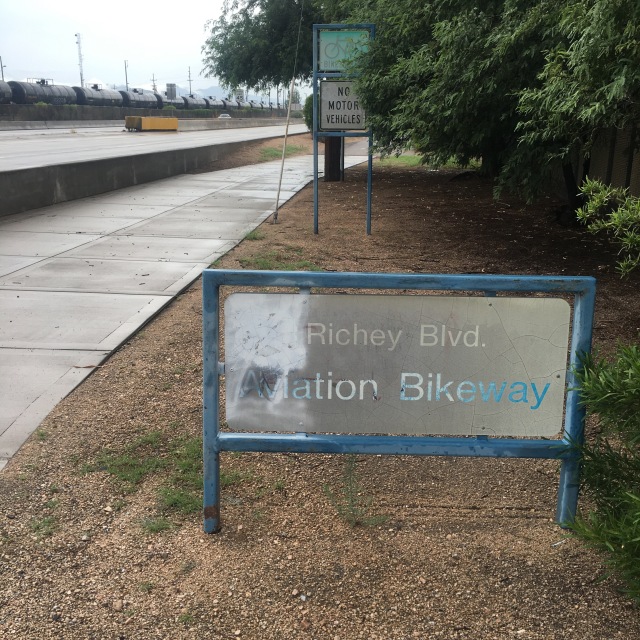 I rejoined the bike trail. 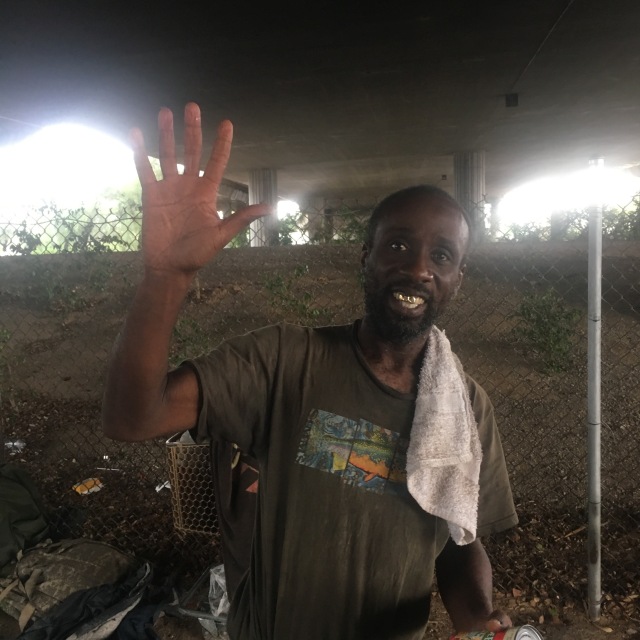 a friend from Guyana

I forget this guys name! I think it was Carl. He had a little homeless camp beneath an overpass and was trying to stay dry. He is from Guyana. I offered him some food and drink and he accepted! I gave him a can of chef boyardee and a powerade. He was really thankful. He asked me a few question about the journey, and wished me the best for the road ahead. 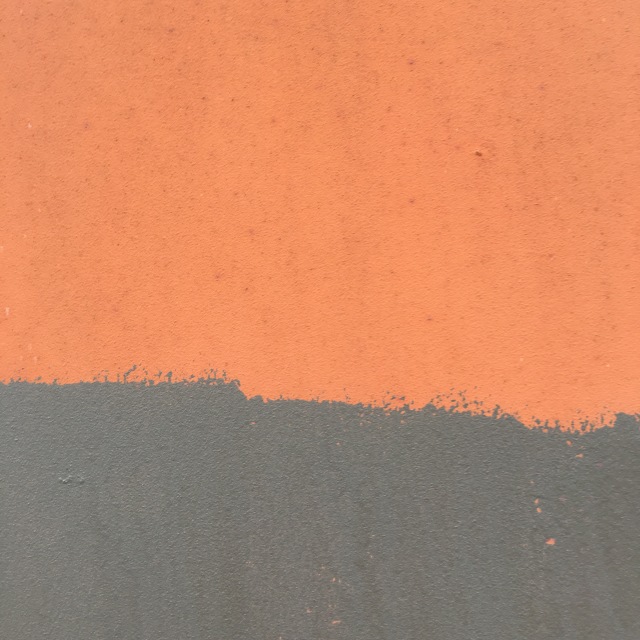 I was only a few miles from the Cathedral of St. Augustine, and then my phone died! I kept moving.
I hoped I was moving in the right direction. I actually ended up making a huge circle that cost me an hour or so. I missed Mass : (.
I found a Del Taco and decided to have lunch. I was also able to charge my phone. After some quick fueling, I was back on track. 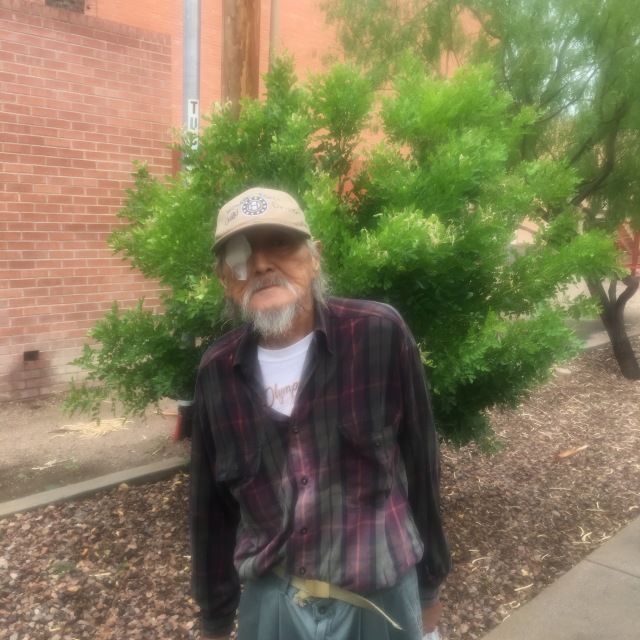 I met Benjamin! He was walking by the Cathedral. I offered him a powerade and he accepted. He was looking for a friend who was supposed to bring him his walker. I hope he found it! 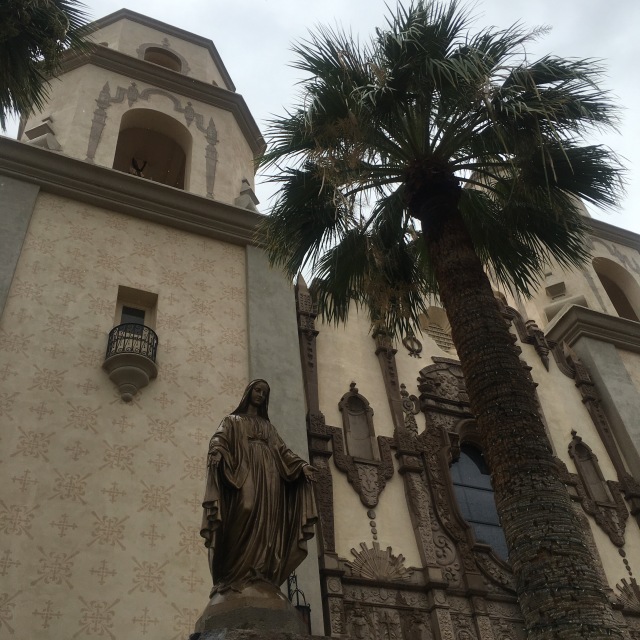 I made it to the Cathedral of St. Augustine! I passed through the Holy Door and said a few prayers. I was pretty wet, so I didn’t stay jnside long. I spoke with the staff briefly and headed back out on the street. I needed to catch up on journaling. 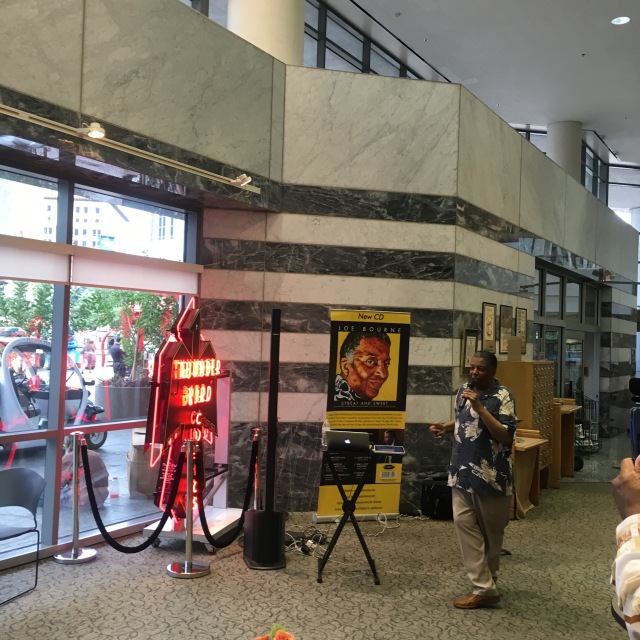 So I did! At the public library. They had some performer singing songs, it was a good time! I journaled. 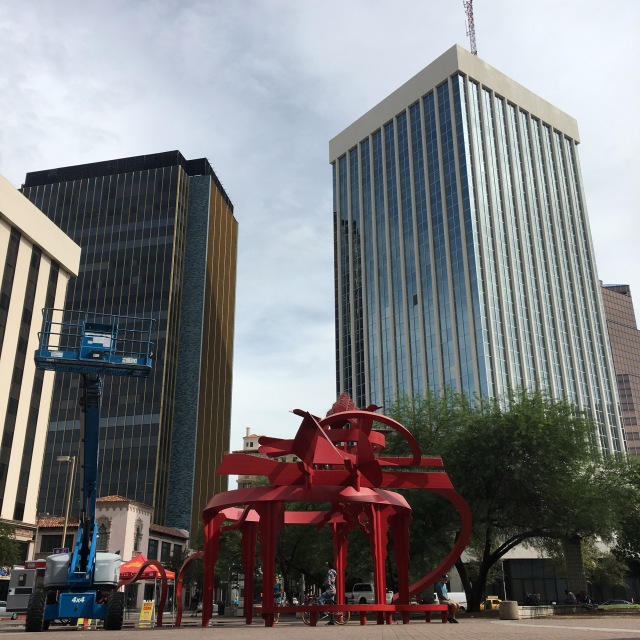 Just before 4 p.m., I headed back out on the street. It had stopped raining! 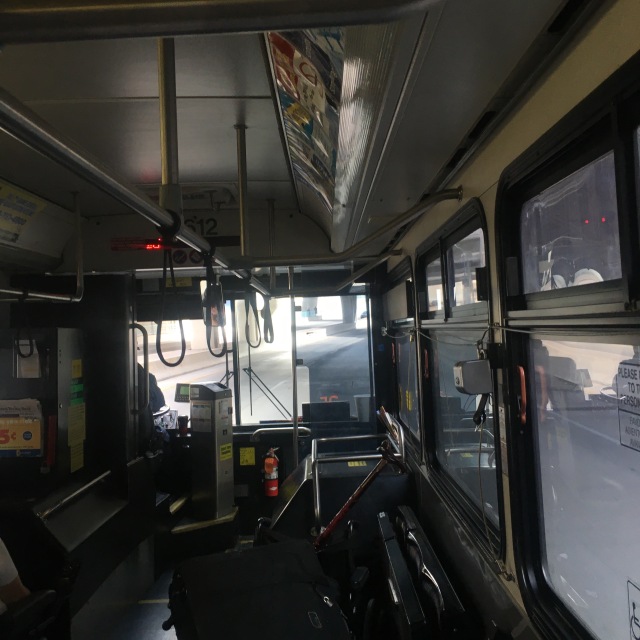 I caught a bus, and headed south back to the airport. 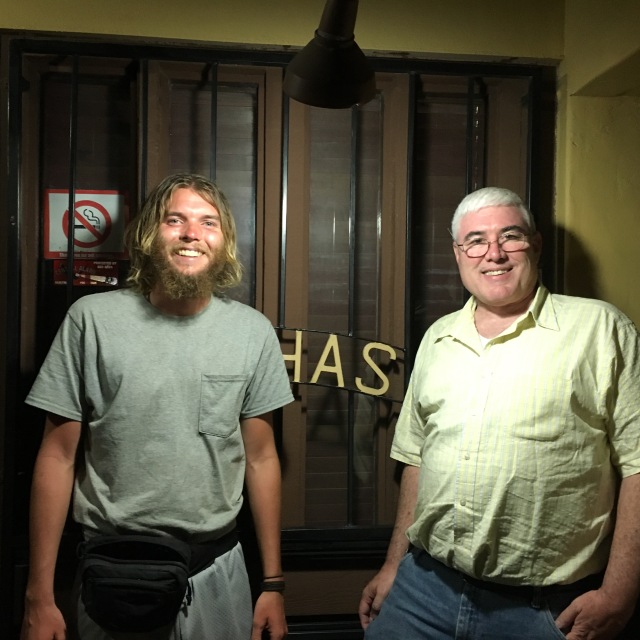 me (left) and Roger (right)

And met up with Roger! Roger is a great family friend. He lives in North Carolina, but it just so happens he was in Tucson for business! He offered for me to crash at his hotel for a night or two. I accepted! 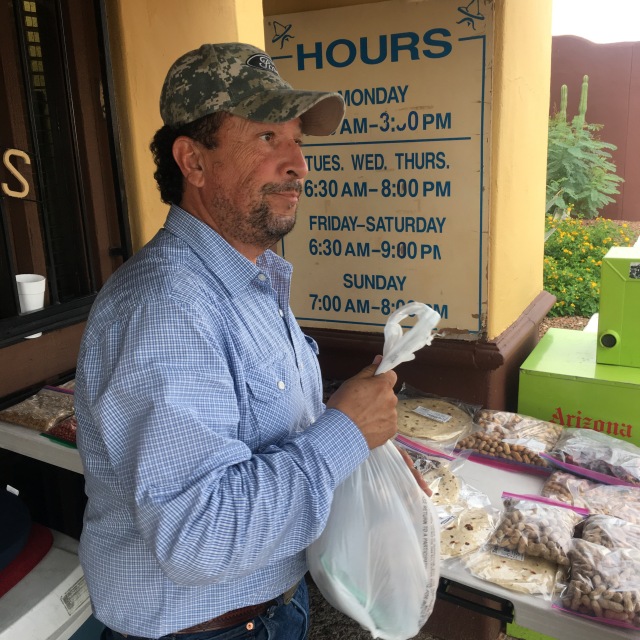 We went out to eat at a great Mexican restaurant. The staff there was very nice. And we ate some really good guacemole! It was a great time, and I enjoyed catching up with Roger. 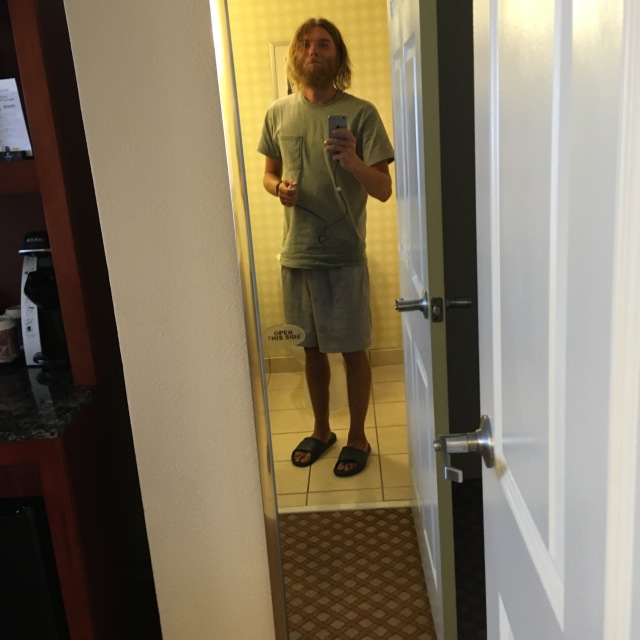 I was able to shower for the first time in a long time! It also felt good to be in an air conditioned room. I fell asleep feeling thankful.