I woke up around 8 am. I slept really good! I had woken up a few times throughout the night but it was peaceful. I had a long nights rest!
I loaded up the “jeep” and checked out. I had been contemplating how to spend my day. I decided to double back to the east side of the Bank Head Tunnel.

I headed east and met up with with the Alabama State Docks. I cut through the rail yard along rt. 43. 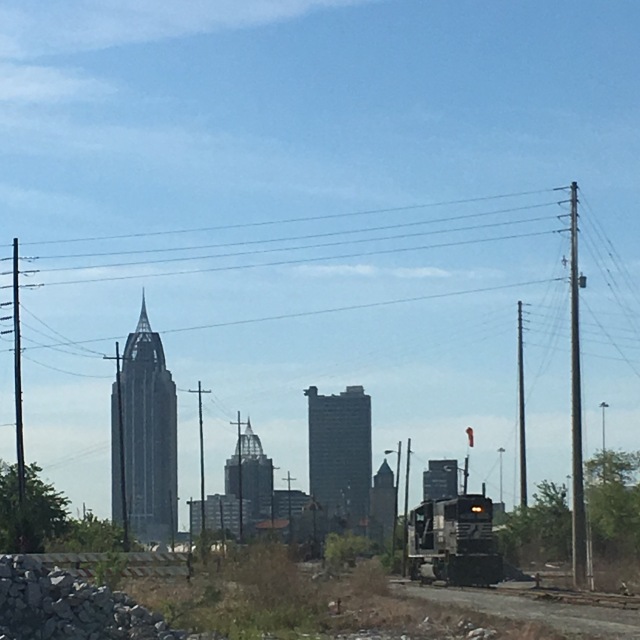 It was a cool place, with lots of neat things to look at: city skyline to my south, boxcars littered around, and all different kinds of train tracks leading various ways.
A ragtag group rounded a building off the beaten path. There was three of them. They looked like travelers and had a pit bull. I greeted them and they stared at me as they fast approached the road. No answer.
I offered them some waters and bananas, and they suddenly opened up! They told me they had to be quick because the police were after them. I handed them what I had. One asked for my sleeping bag if I could spare it, I was happy to give it! It was actually funny watching them scurry about. They were a bunch of characters. One of them had a banjo. It sounded like a serious situation they found themselves in, and there I was in the middle of it giving them bananas. I couldn’t help but laugh. Off they went.

A little while later police pulled up in big suped up pickup trucks. I think they might have been detectives. They asked me if I had seen any vagabonds. I told them I had seen travelers, and that I gave them bananas and waters. They asked me where I sent them off to. I told them I didn’t send them anywhere but I ran into them crossing the road a while back.
I don’t know what they did, maybe jumping freight trains or something. I hope it wasnt anything bad. For some reason I wanted them to get away with it. I hope the police are able to forgive them. 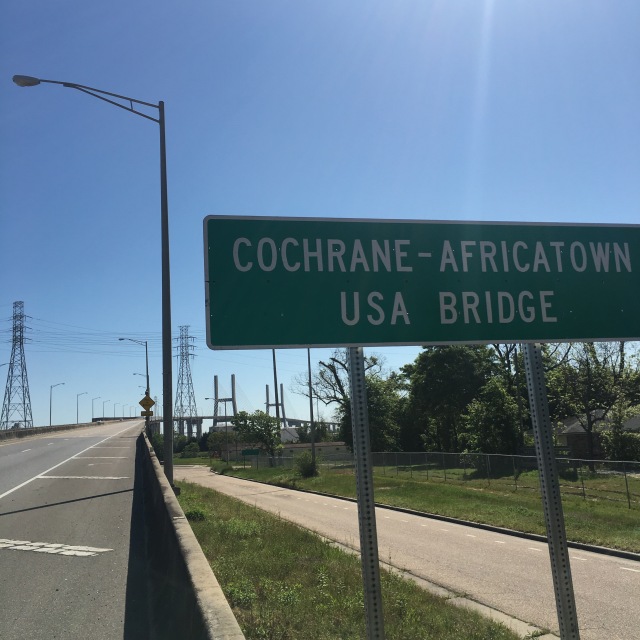 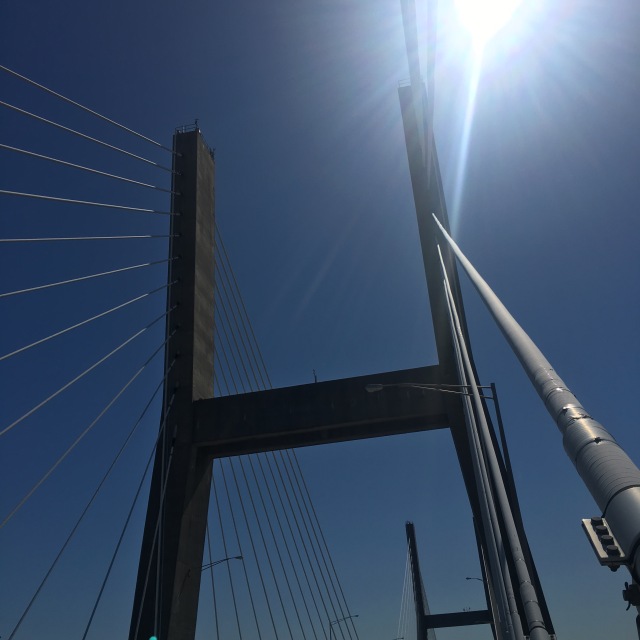 I made it to the bridge. The shoulder was wide. I threw on headphones and upped my pace.

I made it to the tunnel, ate lunch, and doubled back towards town. 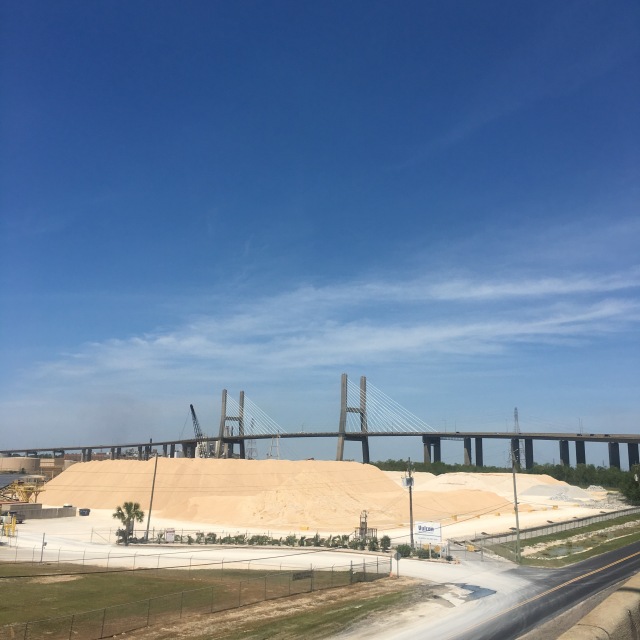 Once I reached the Mobile side of the bridge, I had already decided to head to St. Dominic’s church on the outskirts of Mobile. It would be challenging, I would have to keep a fast walking pace with no breaks to get there in time for the 4:30p.m. vigil. My GPS took me a crazy route.

I met Daron and his son Jeremiah. They were on the way to the dollar store. Jeremiah was riding his bike. Daron told me I definitely wasn’t from the area. He couldn’t believe the journey I have been on. I always laugh when people are in amazement.
I cut through a lot of different neighborhoods. It gave me a different perspective on Mobile. I was nervous some of the time, but I made it through alright. Most people were nice, almost everyone stared at me. I probably would stare at me too!
I met a man named Lou James Jr. He was taking a break from his bicycle on the side of the road. I gave him a banana and we chatted. I also gave him a prayer card I had picked up along the way. I think he needed someone to talk to. 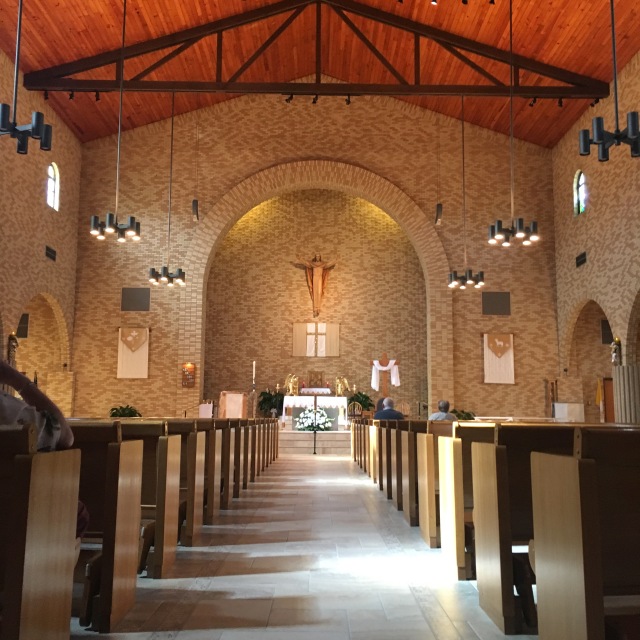 It was a long day, but I made it in time for Mass. They have a replica of the Shroud of Turin at St. Dominics. It was really interesting to look at. The entire church was beautiful.

I met Fr. Jim Sink, and he gave me permission to camp. He actually lived in Boston while he studied at St. John’s seminary for a year. Fr. Jim was leaving for Greece for vacation to meet up with his old classmates from 30 years ago.

Then he changed his mind on camping… and brought me over to the youth house! He told me I could sleep on the couch and to help myself to any food. We chatted for a bit, and then off he went. He was a really cool guy.
I played a guitar that I found in the house. I also took a shower. I heated up such a strange dinner. Pizza rolls, smart food, nutrigrain bars, pretzels, and chex mix. I rolled up the pizza rolls on tortillas with melted cheese and salsa. It was good!
I fell asleep on the porch looking at the stars.