I awoke in my hammock upon the desert vista at Seminole Canyon State Park. I hung out lazily for a while and then got my act together. 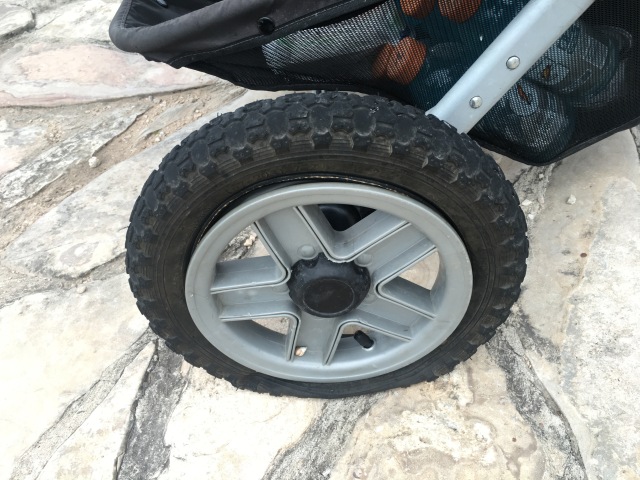 One of the tires on the buggy was flat again 😦 . I spent the evening before patching tubes and picking thorns out of tires. Not sure how it went flat, it must have been a small leak. I had one spare inner tube left. I wanted to save it for an emergency. I dont think there would be another place to purchase tubes for a few hundred miles. I pumped up the tire and hoped it would hold up through the day.

I showered and washed up at the bathroom. Carl swung by to bring me some coffee and a granola bar! He told me to head up to their RV before I left.

Carl and Betty are very knowledgeable about the area. We talked about geography, the weather patterns, anthropology, the vegetation, the night sky, and all kinds of other things. They have been at the park since the spring, and plan to stay through August. Carl and Betty love the land.

They gave me a long sleeve fishing shirt to keep my skin safe from harmful UV rays, a star map, and a head lamp! The head lamp will be perfect for traveling into the evening. I thanked them. It was such a great time hanging out at their site! We parted ways.

I headed down to the visitors center to journal and upload entries. I also bought some snacks. I was there for a long time, the wifi was slow. 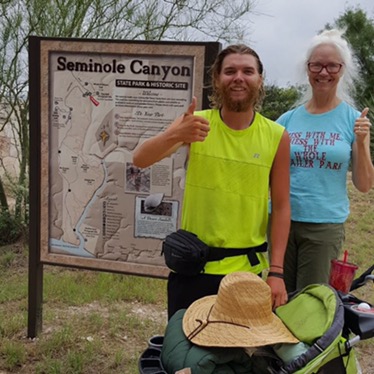 Betty swung by and gave me a donation! She and Carl then headed to Del Rio to restock at Walmart.

It was shortly after 3 p.m. and Grum the adventurer rolled in! He left Brackettville early that morning. Grum is from New Zealand and has been cycling around the world for the last 2 and a half years. We talked a a bit about our routes and shared stories.

I went inside and bought us each a klondike bar. It was funny, he had absolutely no idea what it was. I had to explain to him it was ice cream! It was great seeing another traveler out on the road. Feels like I havent seen one in a long while. We speculated we might cross paths again the next day.

Grum headed up to the vista, and I hit the road.

It was a great day, I put in some miles and saw amazing things: 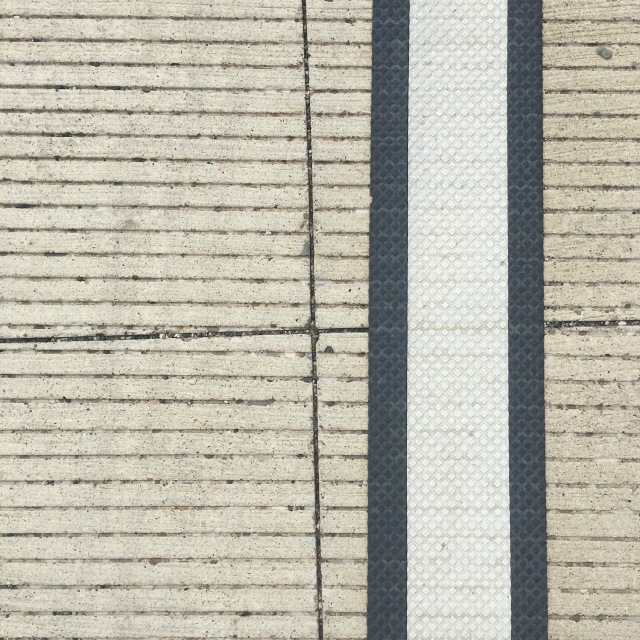 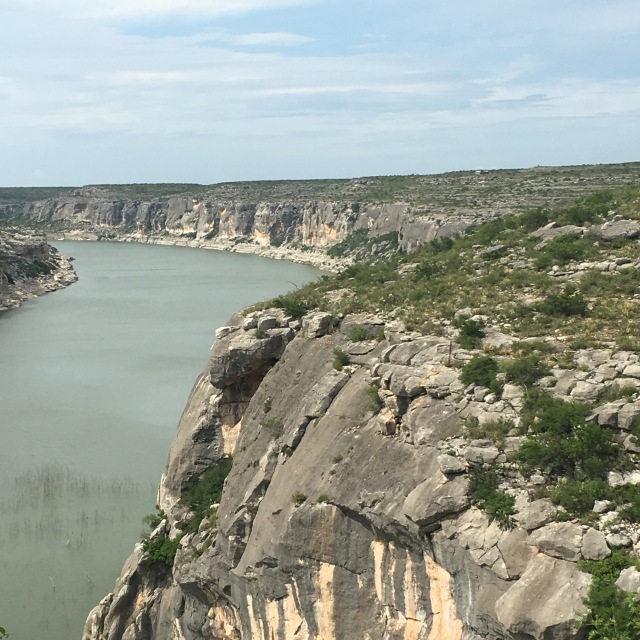 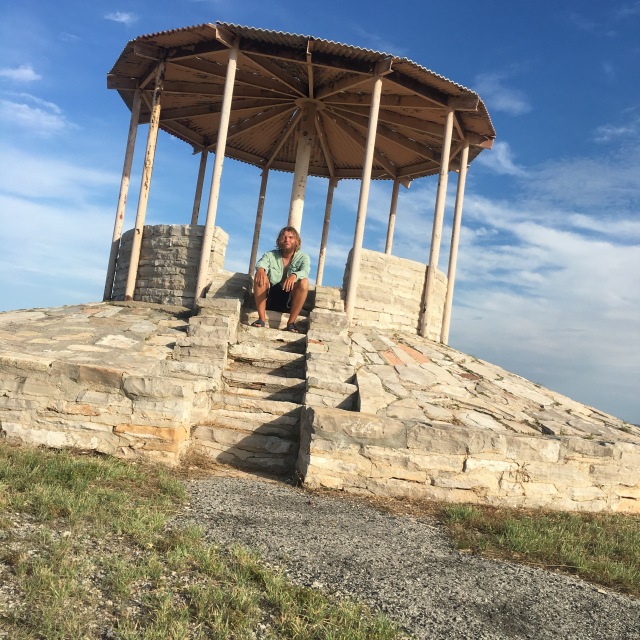 Shortly before sundown, I stopped at a rest area and took a break. I ate some melted candy bars and downed a powerade. I headed west. 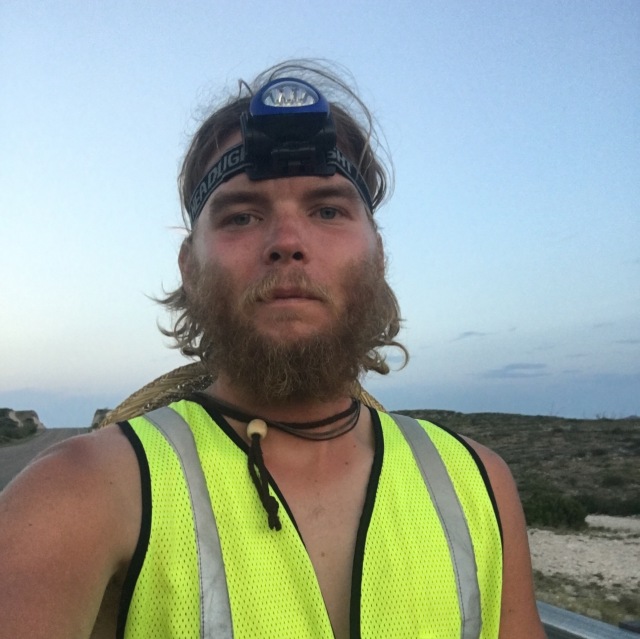 I through on my reflective gear. The sun hung low beneath the mountains. The air cooled. I was excited for the night.

Tyler pulled over! He is a border patrol agent. He told me he wanted to shake my hand. Tyler told me he found out about me at church on Sunday. I guess Fr. Pius back in Del Rio had mentioned me at some point! Tyler made sure I had enough food and water. He made a donation! He told me to buy supplies at the next town. Tyler wished me the best and we parted ways.

I traveled into the night.

Open skies. Abundant stars. A pair of eyes followed me me from atop a canyon. It grew dark. 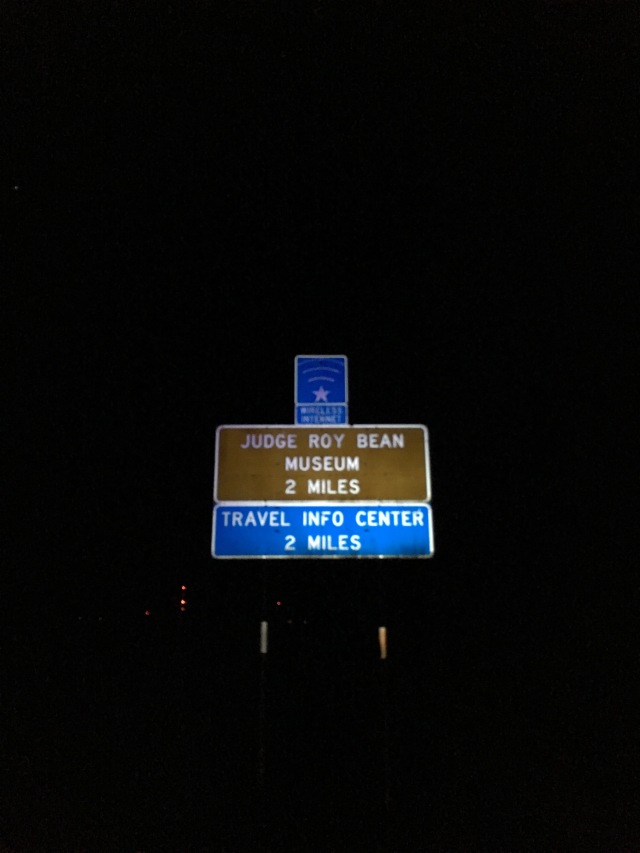 The sheriff’s department pulled over. They wanted to make sure I was safe. They asked me where I planned to stay in town, I told them I usually try churches. The deputy told me I could stay at the visitor’s center! It was well lit, and had cover. I headed that way. 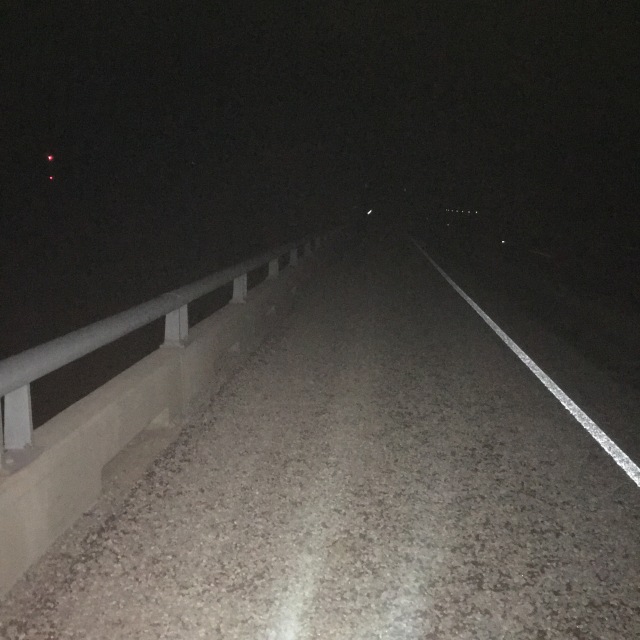 Just before town, my head lamp accidentally fell off. I didn’t have it on secure enough. The battery door broke off. I had to hold the door closed in my hands tightly to get into town. 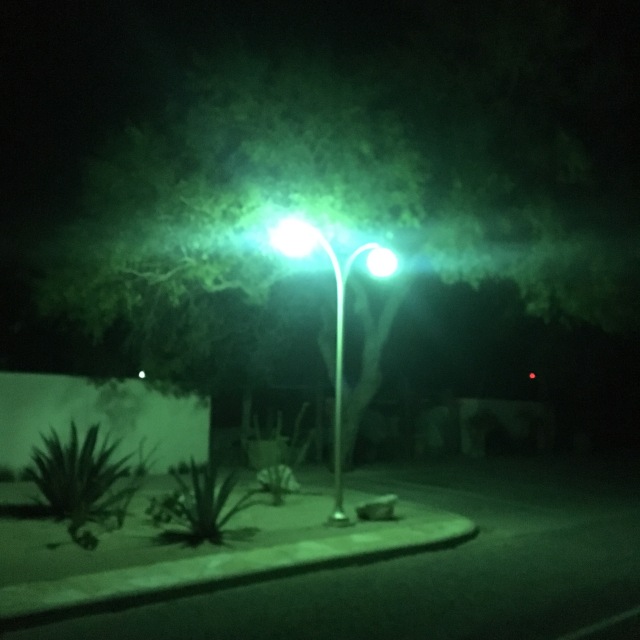 I rolled into Langtry around 11:30p.m., about an hour and a half after complete darkness. Rapid lighting flickered to the southwest. I wandered around and found the visitors center. 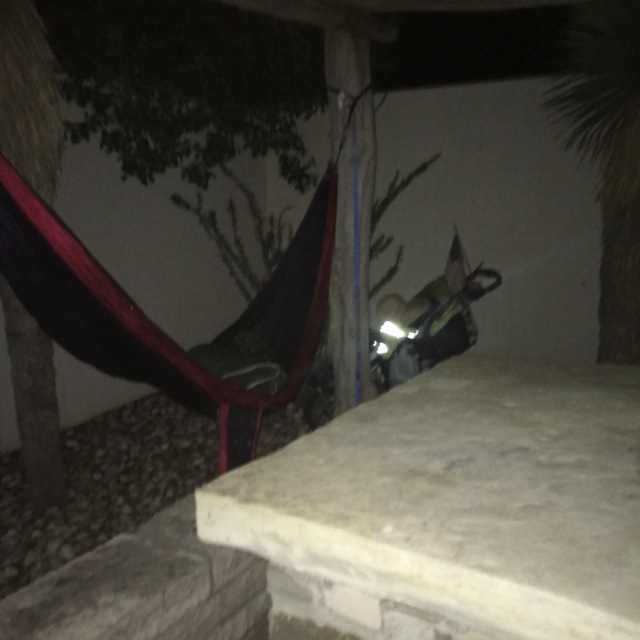 I set up camp. I ate a few tortillas and some peanut butter. I watched the night sky. The stars were incredible. I slept on and off. Mosquitos kept buzzing in my ears.