I awoke in my hammock hanging beneath Highway 90, 9.9 miles east of Del, Rio Texas. I broke camp and repacked the buggy. I watched the sunrise. 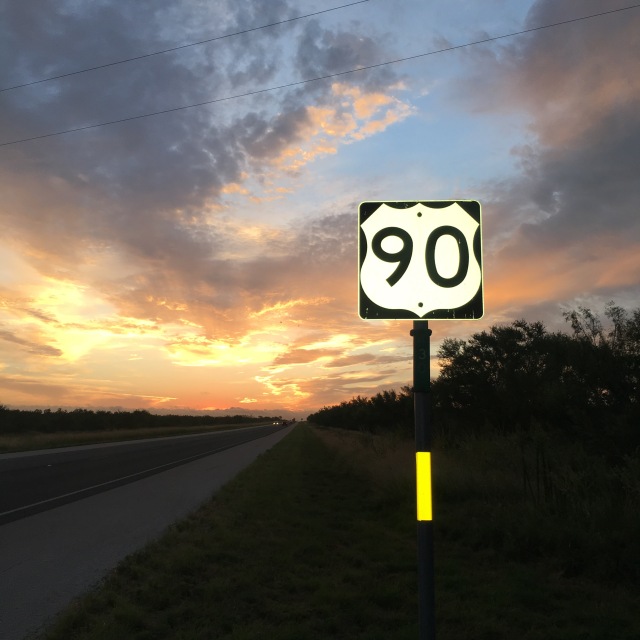 I started putting in the miles.

I was closer to town than I thought. Within a mile or two I strolled past an airport. A little further and I reached Del Rio city limits. 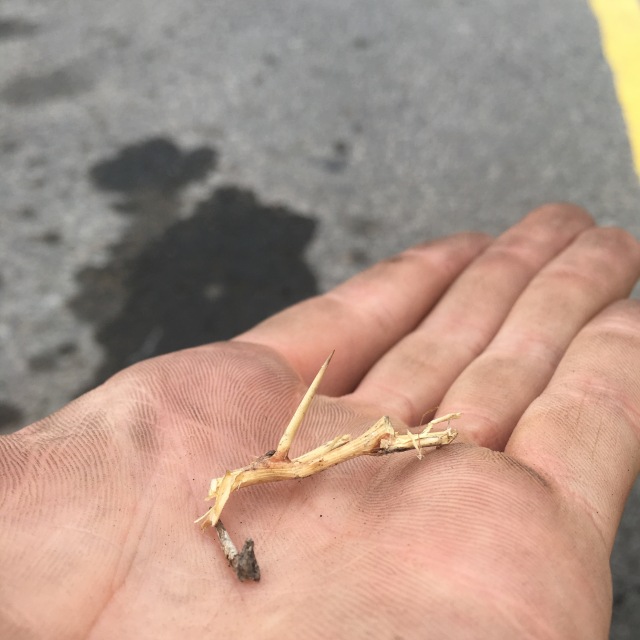 I needed calories, I found a Dollar General and bought some pop tarts. I hung out on the curb and refueled. I noticed a twig clinging to a wheel on the buggy. When I reached to grab it, the tire deflated!

I had no bicycle scabs, but I did have an old inner tube with a slow leak. It would have to do.

It slowed things down a bit. I had to stop every mile or two and reinflate the tire, but I made it to town!

I was on the border of Mexico. Ciudad Acuña was not more than a short few miles away. I stopped at a park and took rest upon a picnic table. I rehydrated and let my brain slow. I pondered what life must be like living in a border town. Time started to pass.

It was late afternoon. Traffic was heavy. I stopped at a Mcdonalds and bought a big mac. I hit a Little Caesars and picked up a $5 pizza for dinner. I headed to Walmart and restocked. I bought a spare inner tube, a pack of scabs, a gallon of water, a jar of peanut butter, and tortillas. I had a few gatorades left over from Brackettville. I had enough food and drink to make it to the next town, Comstock, Texas, 30 miles away. 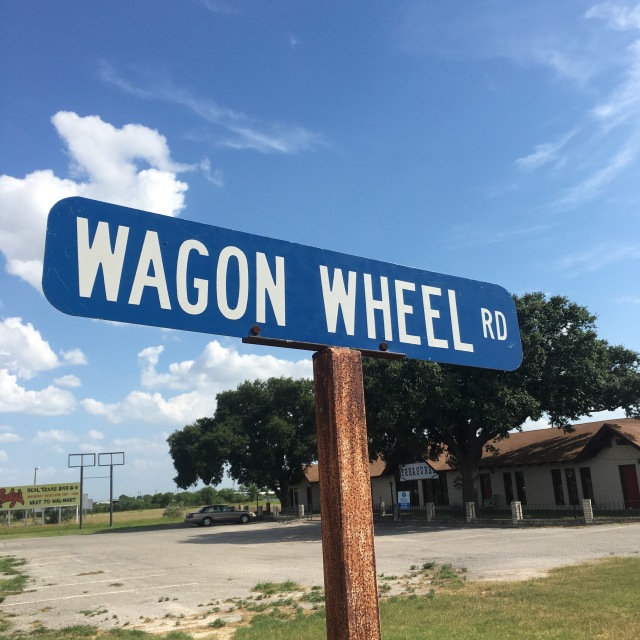 I maintained hydration and made my way out of Del Rio. Traffic slowed.

I stopped at the last gas station south of Lake Amistad.

I filled up my empty gallons, ate most of the pizza, and watched the comings and goings of vehicular travelers.

An hour before sundown, I rejoined Highway 90 and continued the trek to Comstock. 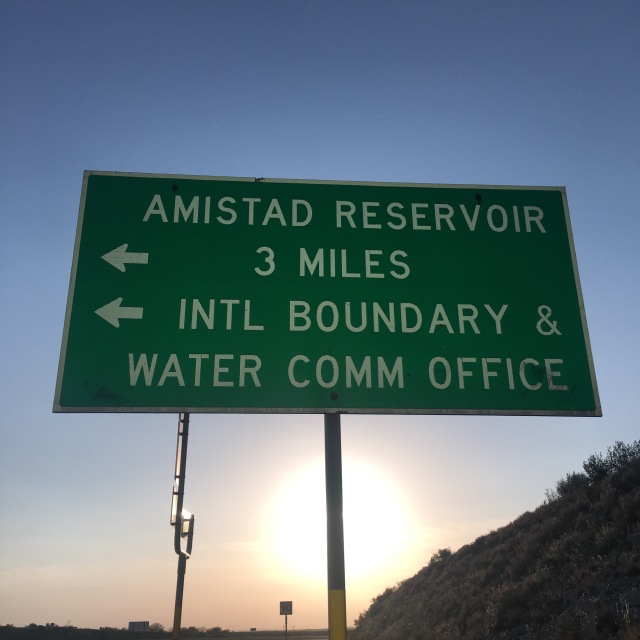 I saw the hills of Mexico to my west. I was 3 miles from the border. It was such a sight, and put a lot of things into perspective for me.

I passed along the bridge over the Amistad: 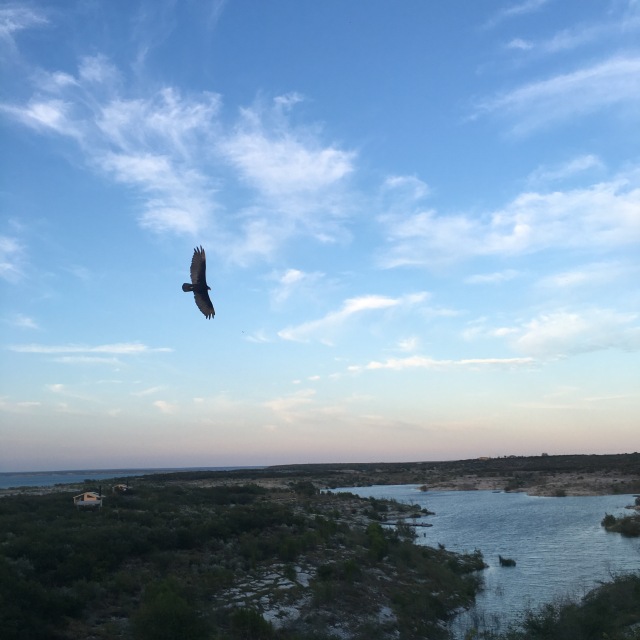 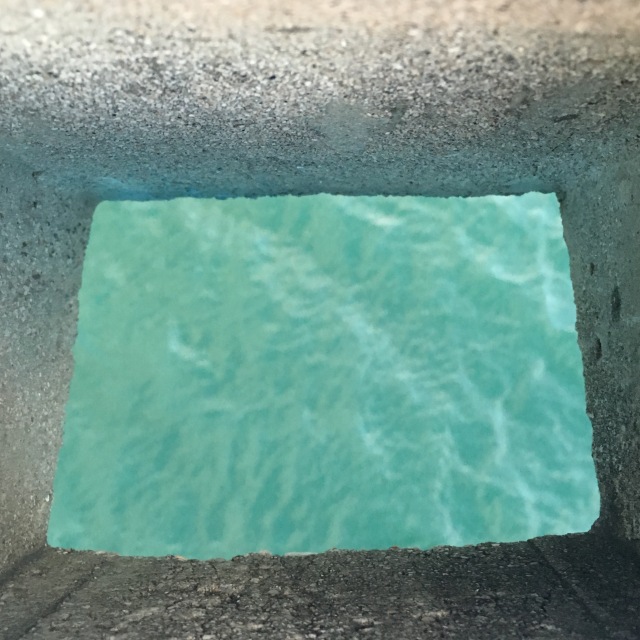 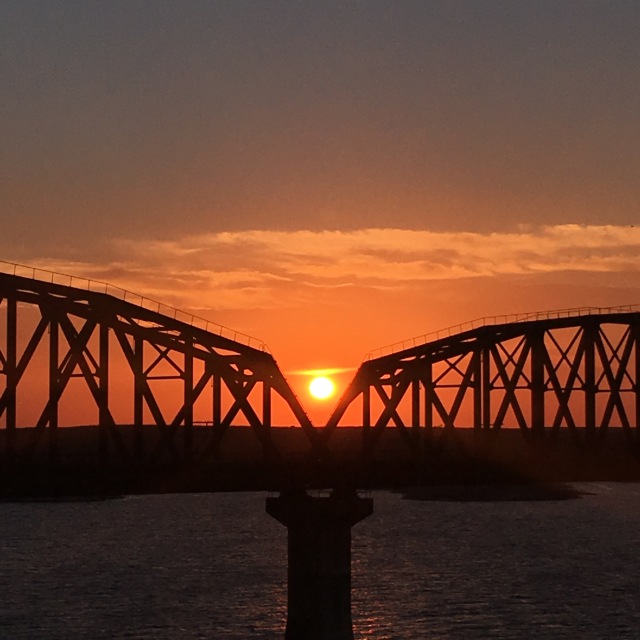 A rule I set for myself when I arrived in Jacksonville, FL on February 26th: Never travel at night. Going forward, the heat of the day will continue to intensify, I will need to alter my daily routine to adapt. As darkness fell, I decided to keep moving. I decked a reflective vest.

It actually stayed relatively light until around 10p.m. Then it got too dark, and I didn’t have a flashlight or head lamp. I kept moving until I found somewhere to sleep. 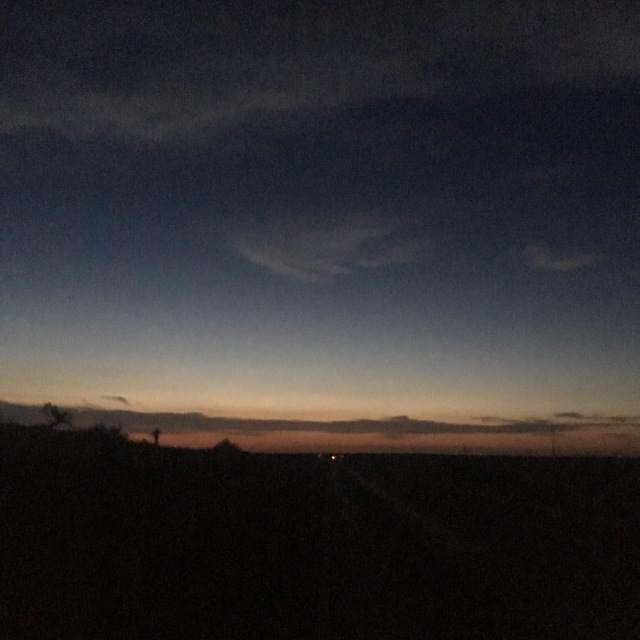 One large tree by a drainage pipe down beneath the road. It was thorny. I was worried about puncturing the tires again. It was a process, but I managed to hang my hammock low to the ground between its branches. I managed to send off a few sms texts to friends and family. I slept ok. The stars are growing brighter.