Day 12
I awoke early in my campsite along the 90. I ended up not hanging my hammock so it was a bit easier to break camp.
I put in the miles early. I was sore from sleeping in the ground and needed to get the blood flowing. I watched a semi get pulled over by a state trooper as I sat under an overpass eating my breakfast. Four bananas and a yellow pepper, it was good.

I did some stretches and started chipping. By lunch time I was passing through Suwannee River State Park. I took a break at the only establishment within miles, a food mart along the park.
I hung out as construction workers and truckers came in to eat hamburgers and fries. I was out of fruit due to a miscalculation I made, so I ate a grilled cheese for lunch.

This guy helped me out so much! He is from Alabama and is cycling to Key West. His name is Joshua and he is following the Florida Trail. I left my phone charging at the truck stop. He chased me down to return it to me. Wow. 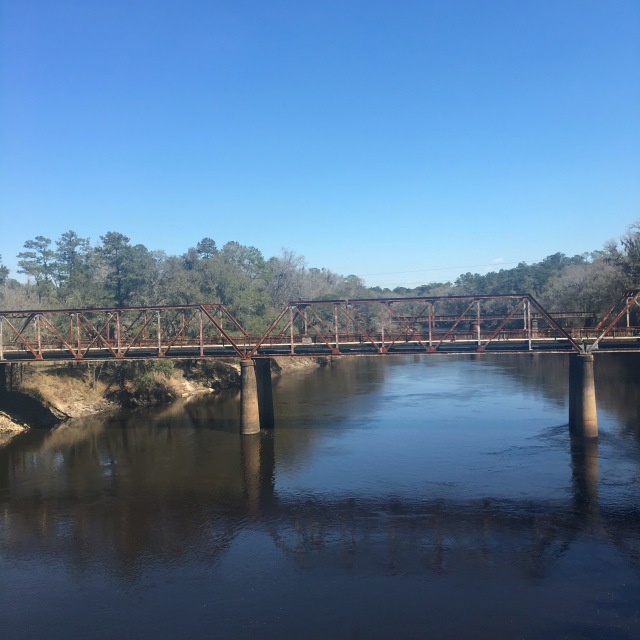 I was hoping to reach Madison by sunset, and was on pace to do so. Crossing a bridge into Lee, FL, I saw a pack of stray dogs on the roadside and decided to keep my distance. I sat on the guard rail about 100 yards away and watched their movement. 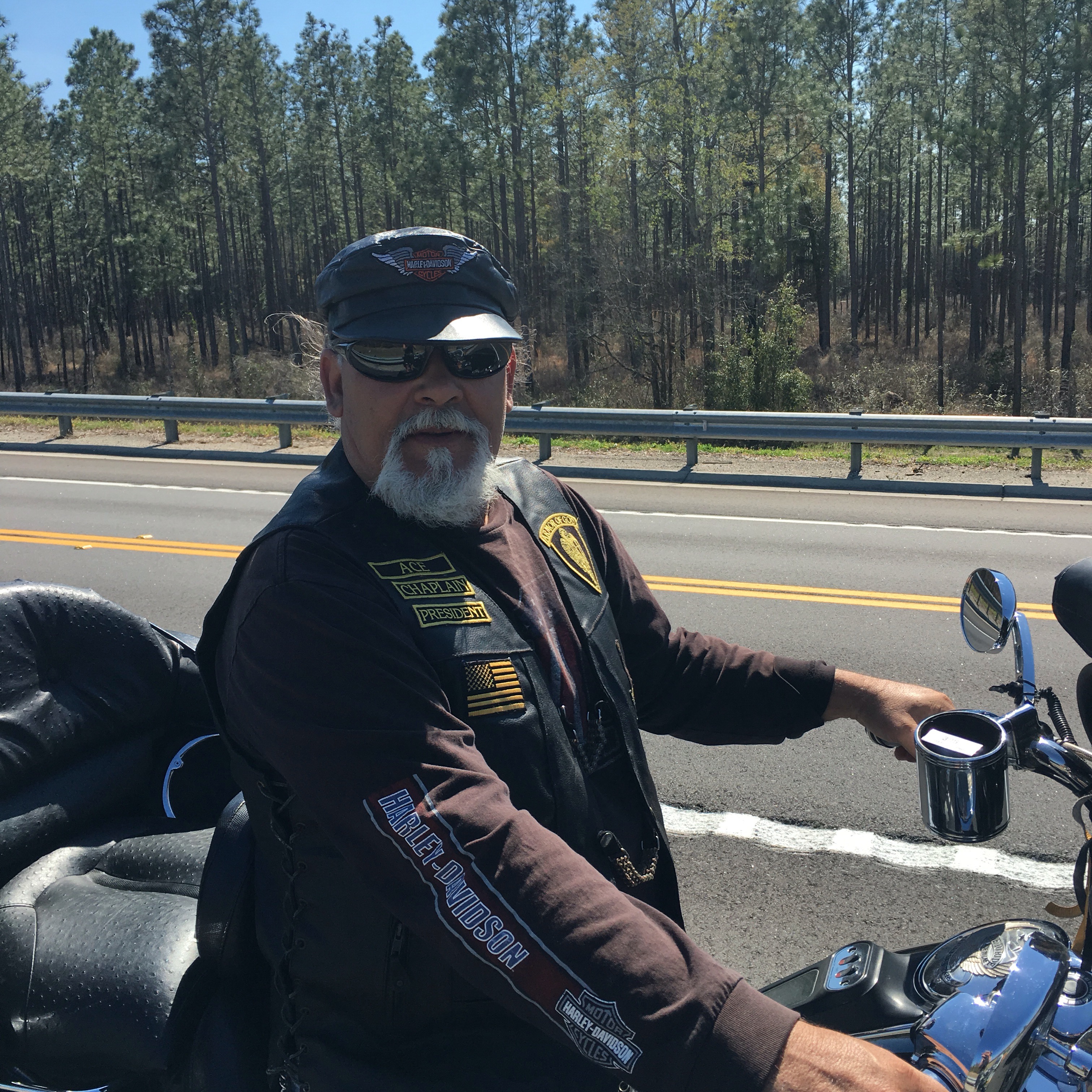 Just then John pulled up in his motorcycle. He is from New Jersey but has been living in Lee for 10 years or so. He asked me if I was on the street and offered me some money. He also offered me shoes and a meal. He lives along the 90 and gave me directions to his house, 2 miles or so up the road. I figured I could use a mid day break out of the sun, and accepted his offer.
A few minutes later John pulled up along the road, this time in a Jaguar, and insisted on giving me a ride. We rigged up the jogging cart into his trunk and proceeded up the road.
John is part of a motorcycle ministry called Armor of God. They have a Facebook page as well as a prayer chain. John added me to both groups. Back at his house I filled up my water and picked a little guitar. We talked about friends we have met, and a little about our faith too. It was really nice being out of the sun. He met a man named Aaron a few weeks ago, who is headed west on foot himself. John put Aaron up for the night, and Aaron helped John with some scripture and prayers. The mercy flowed both ways.
Still anticipating Madison by sundown, I asked John to drop me off at the end of his road. He gave me a Tilly hat! I had been looking for a good hat just like it for a few days. I doubled back to the spot he picked me up along the 90, about or mile or so east, just to cover all the mileage.

As I approached Lee, I knew I wouldn’t be making to Madison by sundown. I stopped at a Jiffy and bought a cold water. Just then John and his wife pulled up. John gave me a Armor of God t-shirt. His wife Margaret was very nice too. It was a pleasure to meet her. We parted ways and down the road I went.
I stopped at a Baptist church inside Lee, and long story short, I made some friends:
Charlotte, Tim, Sammy, Joey, and Larry.
Pastor Sammy allowed me to camp on the property. In fact, the First Baptist Church in Lee, Florida regularly put up travelers along the 90. He made it seem like it was no big deal, and even gave me $20. Wow!
I hung out with the guys before their parish council meeting. They talked about fishing and things like that. It was a funny scene, me shoeless with a baby carriage, and four southern men of faith sitting on a bench talking about fishing. I enjoyed it.

I fell asleep soon afterward swinging in my hammock on a patio on the property.