I rose with the sun at St. John Newman parish in West Lake Hills, TX. I broke camp, packed the buggy, and hit the road.

I went to a Starbucks a quarter mile up the road and uploaded journal entries and photographs. Shortly after 9AM, I doubled back to the church.

I went to confession and spoke with the priest afterwards. I needed food. He was retired and just visiting. He directed me to the parish office building.

I met Janice! She told me there was a food pantry on the property! Mobile Loaves and Fishes operate out of the Mother Theresa house! She told me to loiter around and someone would help me. First time I’ve been given permission to loiter haha! 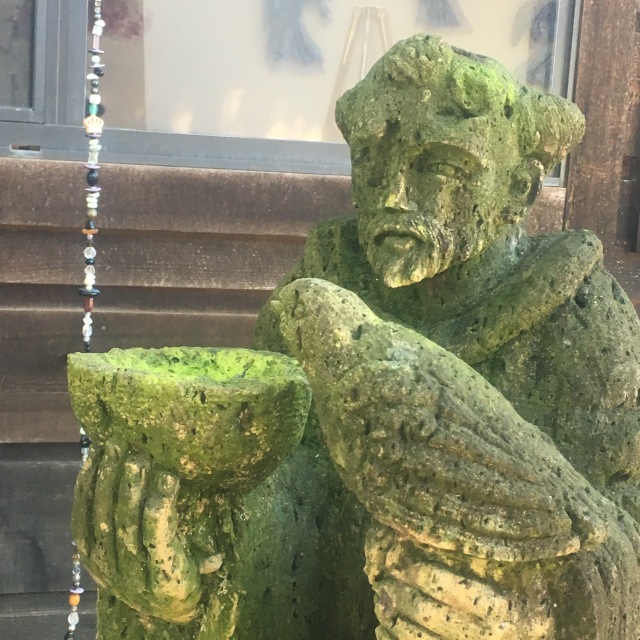 I made my way up the road and found the house. There was guest wifi so I hung out by the garden and messaged friends and family.

I met Taylor and his mom Annette! Taylor was volunteering with MLF and his mom decided to drop him off with me. We hung out there in the garden for a little bit, and then Charles showed up!

Charles has been with MLF for three years, he found the job offer on craigslist, and enjoys his work. He used the word “ja-both-of-yas and it set off my radar. He is originally from Chicago! He got Taylor going on some work in the kitchen, and then helped me out with food.

the Mobile Loaves and Fishes crew!

I hung out in the kitchen with Charles, Aiden, and Taylor.Mobile Loaves and Fishes feeds the hungry all around the Austin area. They operate off of food trucks, and go to so many places!

Aiden asked if I like chocolate, and then showed me to a huge stash in the back! MLF recieved over six tons of leftover halloween candy last year. I ate a kit kat and some m&ms!

Lots of food! Charles was so cool and helpful! He gave me a big bag and told me to load up on anything I needed and wanted. He told me not to be shy! Water, granola bars, poptarts, nuts, cookies, peanut butter, jelly, tuna, really good sunflower bread, oranges, apples, clementines, chocolate milk, a pulled pork sandwich, and all kinds of other things. I even got a hat and a reflective vest! We talked about the journey, Charles was interested! 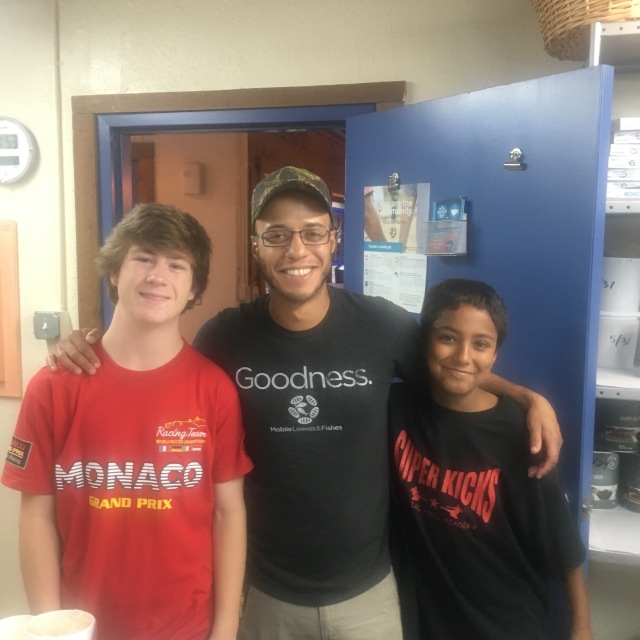 from left to right: Taylor, Charles, and Aiden

I couldn’t thank them all enough. MLF, its staff and volunteers, do really good work, they help people like me! Charles sent me off with some ham and cheese sandwiches he made. With a few hugs and plenty of food, I hit the road.

I put in a few miles through Hill Country. The views were amazing. Sort of difficult to capture them on camera :(.

By early afternoon, I made Bee Cave.

I made it to a the galleria and used free public wifi to complete journaling and uploading pictures.

I decided to call it an early day, I had only gone a few miles, but I planned on meeting up with a friend in the morning!

I found a baptist church just outside the main street area. I ate some tuna sandwiches with broccoli and cauliflower for dinner and watched the sunset. A police officer came by, I approached him with my intentions for the evening. He directed me to a wooded area, I set up my hammock and fell asleep in the fields.